10 Keys to Obtaining the Favor of God | God TV
Faith 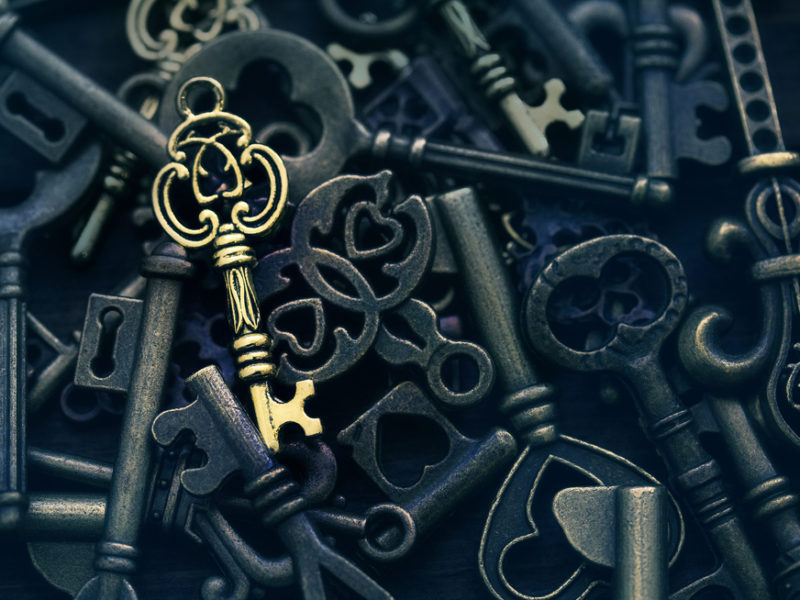 Though we’re all subject to the blessings of God, some are more blessed than others. I believe that favor has something to do with that. What was it that attracted God to Mary? “The angel went to her and said, ‘Greetings, you who are highly favored! The Lord is with you’.” (Luke 1:28) That’s the type of favor I want to tell you about.

Throughout the Bible the word ‘favor’ is used in various ways. It can mean grace and acceptance but I want to examine it from the dictionary definition: approval, support, goodwill, above and beyond, kindness, preference. All of this is available to the believer as we can see from the lives of many Bible characters. As you read further, you will find examples of people who had the favor of God on their lives and you will discover how to attract God’s favor in your life.

However, it’s important to note that when I refer to favor, I don’t mean favoritism. We know that God does not show partiality, but He does show favor. Favor is not Love. God loves everyone the same. It’s not grace, we are saved through grace by faith. It’s also not about blessing although God’s favor leads to blessing. Favor is something more and it will change your life.

Love God with all your heart. Without loving Him, we cannot expect to gain His favor.

“My son, do not forget My teaching, but keep My commands in your heart, for they will prolong your life many years and bring you peace and prosperity. Let love and faithfulness never leave you; bind them around your neck, write them on the tablet of your heart. Then you will win favor and a good name in the sight of God and man.” (Proverbs 3:1-4)

“The King will reply, ‘Truly I tell you, whatever you did for one of the least of these brothers and sisters of mine, you did for me’.” (Matthew 25:34-40)

“Boaz replied, ‘I’ve been told all about what you have done for your mother-in-law since the death of your husband—how you left your father and mother and your homeland and came to live with a people you did not know before. May the Lord repay you for what you have done. May you be richly rewarded by the Lord, the God of Israel, under whose wings you have come to take refuge’.” (Ruth 2:11-12)

Ruth’s was noticed for what she had done, she received more than she asked for, special treatment, protection, more than enough!

“But you have this in your favor: You hate the practices of the Nicolaitans, which I also hate.” (Revelation 2:6)

4. Give gifts and offerings

“And Abel also brought an offering—fat portions from some of the firstborn of his flock. The Lord looked with favor on Abel and his offering, but on Cain and his offering he did not look with favor. So Cain was very angry, and his face was downcast.” (Genesis 4:4)

“I have cattle and donkeys, sheep and goats, male and female servants. Now I am sending this message to my lord, that I may find favor in your eyes.” (Genesis 32:5)

Click to give a gift to GOD TV to take the Gospel further!

Noah found favor with God due to his faithfulness. He walked faithfully with God and that led to favor.

“So the Lord said, ‘I will wipe from the face of the earth the human race I have created—and with them the animals, the birds and the creatures that move along the ground—for I regret that I have made them.’ But Noah found favor in the eyes of the Lord. This is the account of Noah and his family. Noah was a righteous man, blameless among the people of his time, and he walked faithfully with God.” (Genesis 6:7-9)

As we can also see in the example of Noah, being righteous and blameless is a key to finding favor. We also find this call to righteousness in the New Testament.

Seek first the Kingdom of God and His righteousness and all these things will be added unto you.” (Matthew 6:33)

“Surely, Lord, you bless the righteous; you surround them with your favor as with a shield.” (Psalm 5:12) You can be blessed with favor. Favor leads to blessing.

Esther shows us how submission brings favor. She didn’t take matters into her own hands. This is an ingredient to receiving favor. She exemplified submission, humility and confidence in God and won the favor of everyone who saw her.

“When the turn came for Esther to go to the king, she asked for nothing other than what Hegai, the king’s eunuch who was in charge of the harem, suggested.” (Esther 2:15)

Through her humility Esther received immediate care and attention, provision, the best place, helpers, assistants and attendants. Furthermore, her favor created favor for all around her. Through our humility, let’s create an atmosphere of favor in our lives that can overflow to others.

Honesty is a key to favor. Joseph found favor with Potiphar because he could be trusted.

“The Lord detests dishonest scales, but accurate weights find favor with Him.” (Proverbs 11:1)

“Joseph found favor in his eyes and became his attendant. Potiphar put him in charge of his household, and he entrusted to his care everything he owned.” (Genesis 39)

Wisdom is a key to favor. As Solomon makes clear in the Book of Proverbs.

“For those who find me find life and receive favor from the Lord.” (Proverbs 8:35)

As you use these 10 keys I believe you will see the favor of God on your life. And, remember,Favor comes in stages. You have to grow in it. You do not necessarily receive maximum favor all at once. “And Jesus grew in wisdom and stature, and in favor with God and man.” (Luke 2:52) If Jesus had to grow in favor then so do we!

God’s favor is lasting. “For His anger lasts only a moment, but his favor lasts a lifetime.” (Psalm 30:5) Weeping may stay for the night, but rejoicing comes in the morning. Once you have God’s favor it last’s a lifetime. Do you want a lifetime of favor? Use these 10 keys to unlock God’s increased provision in your life and let it overflow to others.

Noah found favor, he was blameless, righteous and faithful. Joseph found favor with God, as did Esther. God’s favor is for a purpose. When He favors you, it’s not for you to sit upon, but to do something with. You receive blessing so you can be a blessing!

Click to sow a seed into Souls, Israel and revival.

GOD TV’s mandate from God. We’re praying for you to be highly favored just like Mary.

• This article was written by Ward Simpson, who leads the global GOD TV network. Ward is the host of many GOD TV broadcasts including his series Today With Ward. A leader at Brownsville, his passion is souls, Israel and revival.

For just $100 per month you can bring the gospel to 10,000 homes. Join us as media missionaries! GIVE NOW
VIEW COMMENTS
« Painting Gets Shredded After Being Sold for $1.4-Million. What Can we Learn From This? WATCH: Father of 6 Amazes America’s Got Talent With His Powerful Voice and Story! »