BREAKING
US and IDF Conduct Joint Military Exercise in Simulated Strikes on Iran,...
New Inscriptions Uncovered Near Sea of Galilee Give Look into Early Christianity
Israel Establishes First Drone Delivery System to Nation’s Major Hospitals
Home Video Given 48 Hours to Live, This 10-year-old Beats All Odds: You Won’t Believe These 7 Words Out Her Mouth

Given 48 Hours to Live, This 10-year-old Beats All Odds: You Won’t Believe These 7 Words Out Her Mouth 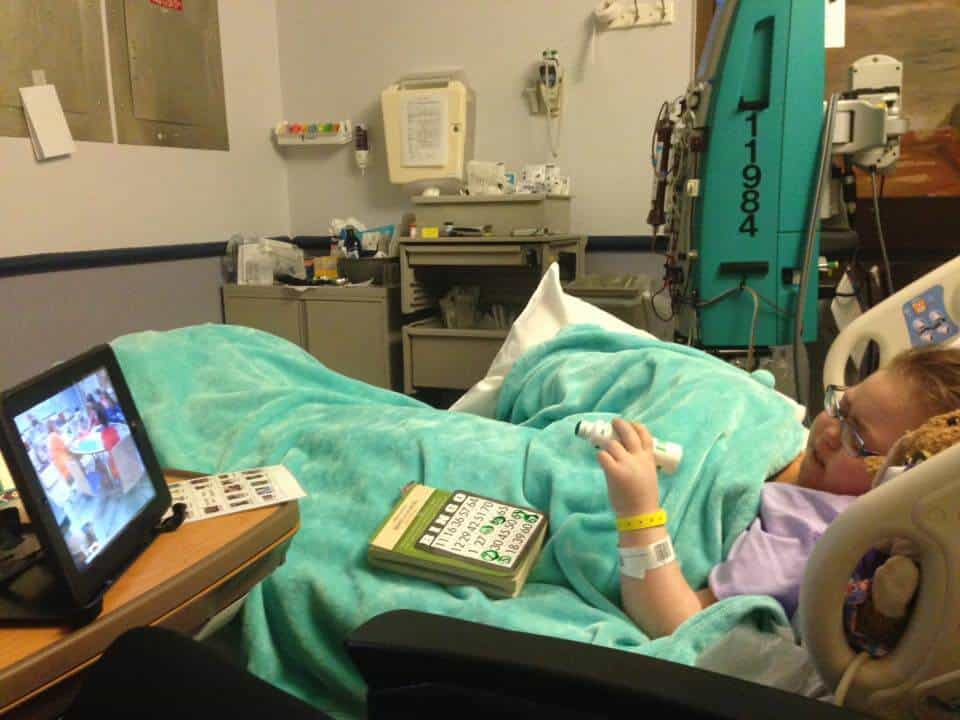 Given 48 Hours to Live, This 10-year-old Beats All Odds

10-year-old Abby Furco of Virginia Beach, Virginia, has, by no means, had a normal childhood. Diagnosed with leukemia at age 4, Abby had a 1-in-5 chance of survival. After achieving remission once only to have the aggressive cancer return with a vengeance, Abby was set to die within 48 hours – at least according to all medical predictions. But then she didn’t.

Doctors are still scratching their heads at Abby’s miraculous recovery. There’s simply no medical explanation for why she is alive today. Read on and watch this video for the full story of this little miracle child.

After Abby was diagnosed with leukemia at 4 years old, she frequented the hospital for the next 3 years, receiving intense chemotherapy, radiation, bone marrow transplants, and even an experimental drug – all with the hopes of extending her life. Her parents, along with top medical professionals, watched and waited with baited breath to see how her little body would respond to treatment.

When Abby was 7 years old, she was finally declared in remission. She had defied the odds and could begin to live some semblance of a normal childhood – or so she thought.

For the next year, Abby remarkably bounced back, participating in soccer, swimming, school, and even Girl Scouts. Her parents, who had lovingly tended to her needs when she was sick, were absolutely relieved.

But in September 2014, Abby’s cancer returned – this time even more maliciously. Patty, Abby’s mother, remarked, “As hard as the first diagnosis was, this one tested every ounce of our being. She became completely immobile – any movement hurt her and she hardly spoke.”

The Depths of Despair

To make matters even worse, Abby received a second bone marrow transplant that resulted in Graft-versus-host disease, an uncommon, debilitating complication of transplants.For the next year, she would remain at Duke University Hospital as her body worked hard to restore health.

But Abby deteriorated even further. Her fragile, weakened body was no match for this monster of a disease, and eventually her kidneys failed, requiring her to be on dialysis 24 hours a day. Soon, Abby’s parents decided that, due to her discomfort, it would be best to take her off of dialysis – giving her at most 48 hours to live.

Abby’s parents juggled preparing for their daughter’s death and optimistically encouraging her. They set up hospice, threw her a goodbye party with all her close friends and family, and began writing her eulogy. That night Abby went to bed, and nobody expected her to wake up.

After weeks and months of being home, doctors decreased Abby’s medications, allowing her to heal on her own. It has been over a year since Abby was taken off dialysis and given 48 hours to live, and doctors still cannot explain why she is thriving. This resilient 10-year-old has overcome two bouts of leukemia, Graft-versus-host disease, and kidney failure, and there is simply no explanation – apart from God’s healing power.

Today Abby, though still on medication, lives pain-free and joyously, playing soccer, participating in Girl Scouts, cooking, and going to school. She aims to maximize each and every day she is given.

Perhaps God sent this little angel to remind us that each day is a gift. Like Abby, you too have so much living to do. Fueled by God’s love, go do it.