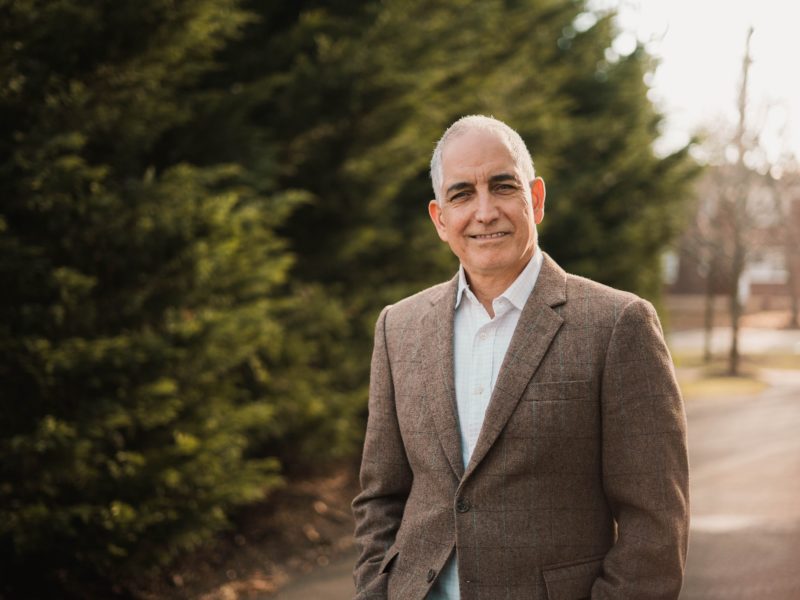 In light of the Capitol breach, false prophecies regarding another Trump presidency, and the vast divide amongst the black, brown, and white evangelicals, I’d like to highlight some of the salient challenges the contemporary Evangelical church must now face.

I heard one leader in the prophetic camp say that God told him that this season would be known as an epochal event. However, he said it in the context of another Trump presidency. Even though he was wrong about Trump getting re-elected, he was certainly right about it being an epochal event. It was a watershed moment in evangelicalism. This exposed a crisis in the charismatic church of epic proportions!

While much of the Conservative church was focused on uncovering election fraud, God was in the process of exposing a sick underbelly of the prophetic, charismatic evangelical church.

Truly, judgment begins in the house of God (1 Peter 4:17). God is more concerned about the health of the Church than He is about presidential elections and politics.

The following is a summary list of a few of these enormous challenges the Church’s leadership must face if it will recapture its vision of being the salt of the earth and light of the world.

1. Black and white division: the focus on righteousness versus justice issues.

To me, perhaps the most serious challenge we have in the Evangelical church is the ever-widening fissure between black, brown, and white Christians. While white conservative Christians generally focus on issues related to righteousness (abortion, traditional marriage, human sexuality, gender, etc.), black and brown Christians focus on justice issues (economic disparity and the prevalence of systemic racism, etc.) because many of them live in “at risk” communities.

Since Scripture teaches that both righteousness and justice are the foundation of God’s throne, both discussions are necessary (Psalm 89:14). Furthermore, the political polarity has continued to deepen during the presidencies of Barack Obama and Donald Trump. This has affected how we vote on Tuesday, who we go to church with on Sunday, and who we socialize with on Monday. Jesus said that the world would believe the gospel when the Church is “one,” not when the Church is divided (John 17:20-24).

The Bible tells us that “a house divided against itself cannot stand” (Matthew 12:25). The fact that the segregation within the Church has continued to extend beyond the pews on Sunday to political polarity and animosity on Monday is an affront to the living God. One of the great signs

of the Roman Empire’s powers was that the Church was a conclave of various expressions of humanity. This included ethnic, gender, and economic diversity (Galatians 3:28, Ephesians 3:10). With this present divide, the Church is acting as “mere men” (1 Corinthians 3:3). It is failing to demonstrate the Lordship of Christ that unites all believers, irrespective of worldly experience.

2. Being identified by the media and society as enablers of a maniacal leader.

Most of my friends voted for Donald Trump because of his policies, even though they had a distaste for him. However, I have observed many Trump advocates, especially online, who seem to be guilty of Trump idolatry. Irrespective of which camp you may be in, all Christian supporters of Trump are viewed through a lens of suspicion. They are seen as the group who connected themselves to a maniacal leader; one who refused to leave office peacefully.

3. The infiltration of Far-Right militants in the Church. The Capitol breach was done in the name of Jesus!

This illustrates that the Christian conservative movement has been infiltrated by various militia movements (some who likened this past election battle to 1776). I have no idea how many believers are sympathetic to this radical segment. My guess is that it can be as much as one-quarter of all conservatives in certain nations.

Out of the thousands of leaders I have met, thankfully, I can only identify one person that possibly fits this description. However, for some pastors, trying to separate from radicals may be like pulling up the wheat and the chaff together. While this is a challenge, it has to be done with wisdom as soon as possible (Matthew 13:29).

4. The challenge of regaining focus on gospel advancement instead of political engagement.

Paul warned believers that the enemy subtly attempts to get our focus away from the Jesus-focused Gospel (2 Corinthians 11:1-3). The Conservative Church has expended countless energy, focus, and money on the re-election of Trump. As a result, it will be a challenge to pull away from this emotional vortex to advance the gospel.

5.The challenge of losing our voice to the next generation

The younger generation is turned off by Christians who seem to grasp political power and influence instead of serving and loving their communities. It is only those churches that focus on meeting the practical needs of their neighbors who will attract young people to their congregation.

6. The challenge of discerning between truth and conspiracy theories.

I am astonished at how many Christians have fallen prey to Q Anon and other conspiracy theories. Their biblical ignorance causes a lack of discernment that enables them to follow unbalanced leaders and unproven theories that violate some of the basic tenets of God’s word.

Many of those who breached the Capitol were followers of Q. It’s disappointing that even some preachers and so-called prophets seem to mimic their scurrilous predictions. Several pastors have also told me that many in their congregation swear by Q. This is a huge challenge that will not go away easily since Q is here to stay for now.

7. The aftermath of prophetic delusion.

The preponderance of the charismatic prophetic movement predicted a second term for Trump. Many others kept praying and prophesying that Trump would remain in office, even after losing the general election. As a result, thousands of believers are now going through a period of deconstruction. Unfortunately, this may result in multitudes jettisoning the Charismatic Movement.

8. The challenge of expending months of prayer and fasting for a candidate instead of praying for a Great Awakening.

The primary focus of prayer should never be for a political election. It should be about seeking the face of God. 2 Chronicles 7:14 teaches that believers should have a vertical focus if God is going to move horizontally and heal their land.

I have never seen more prayer and fasting in my life before an election. If our corporate focus had been on knowing God and wanting to see a great national awakening, I believe it would have moved the heart of God and caused “rivers of water” to be released upon the nation (Ezekiel 47).

Unfortunately, prayer was likely offered up by many Christians who were more concerned about maintaining a comfortable life, replete with religious freedom, than about the glory of God advanced through the propagation of the gospel.

9.The challenge of social media censorship for those who stand for biblical truth regarding life and gender.

One of the unfortunate consequences of the Capitol breach is that it gave big tech companies the excuse to ban Donald Trump and many other Conservative voices from social media. Social media giants like Facebook, Instagram, and Twitter, were already in the process of downgrading the capacity of conservative messaging. In light of January 6th, they have congealed in their efforts to limit what they deem as “hate speech.” This is not just relegated to politics but now includes bible verses and gospel messages. This new development can cripple the primary way churches promote their online services and how Christians communicate their faith in this technology-driven world.

10.Conservative evangelicals who work with white nationalists cause the Church to lose cultural credibility.

The unfortunate fact is that white nationalist militia groups like the “Boogaloo Boys” and the “Proud Boys,” are attempting to incite another civil war. During the Capitol breach, they mingled together with those who sang Christian songs and prayed in the name of Jesus.

These groups are filled with white supremacists who mingle with some Christian conservatives. There is now a group of people who mix their political views with the Kingdom of God. Conservative believers need to immediately renounce this affiliation if they desire the gospel to have credibility with the rest of the nation.

11.The challenge of militia led to triumphalism.

A form of hyper-dominionism and triumphalism has crept into the Charismatic Evangelical Church. This desire for dominion, which comes from a hermeneutically false interpretation of the so-called “dominion mandate,” can easily lead to a call to arms for a top-down theocracy (Genesis 1:28, Matthew 28:19).

However, God never called for Adam and his posterity to have dominion over other human beings. When this original mandate was given, the earth was not populated with people. The dominion mandate was a call to have stewardship over the created order. The dominion to be exercised was over the animal and plant kingdom, not people.

Also, discipling nations primarily refers to ethnic people groups forsaking the sinful relics of their heathen (Gentile) culture (Mathew 28:19). They then become identified as sons of God. It is a considerable stretch to interpret this passage as a command from Jesus to labor for the top-down geo/political discipleship of a modern nation (similar to Israel in the Old Testament).

It goes without saying that once people groups, tribes, and nations adapt the Christian ethos, their values and laws will reflect biblical morality.

12.The challenge of the media lumping all conservative Christian patriots with Christian Nationalism and white supremacist groups.

Whether true or not, the media has the power to create a narrative that depicts Christians in a negative light to the rest of society.

Part of this narrative, undoubtedly, will be to connect conservative patriot Christians with so-called “Christian Nationalism” and white supremacist groups. The conservative (white) Evangelical Church may now have a more challenging time relating to the secularized Left-leaning population, especially in urban areas.

In conclusion, Jesus said that He would build His Church and that the gates of hell will not prevail against it (Matthew 16:16-19). Now more than ever, the evangelical Church needs to pour over the Scriptures and revert to the way of Christ and His apostles so that we can missionally fulfill our call to be His witnesses to the ends of the earth (Acts 1:8-9).

For just $100 per month you can bring the gospel to 10,000 homes. Join us as media missionaries! GIVE NOW
VIEW COMMENTS
« Words Have Power, Speak Life Israel’s TROPHY System Will Defend German Leopard Tanks »