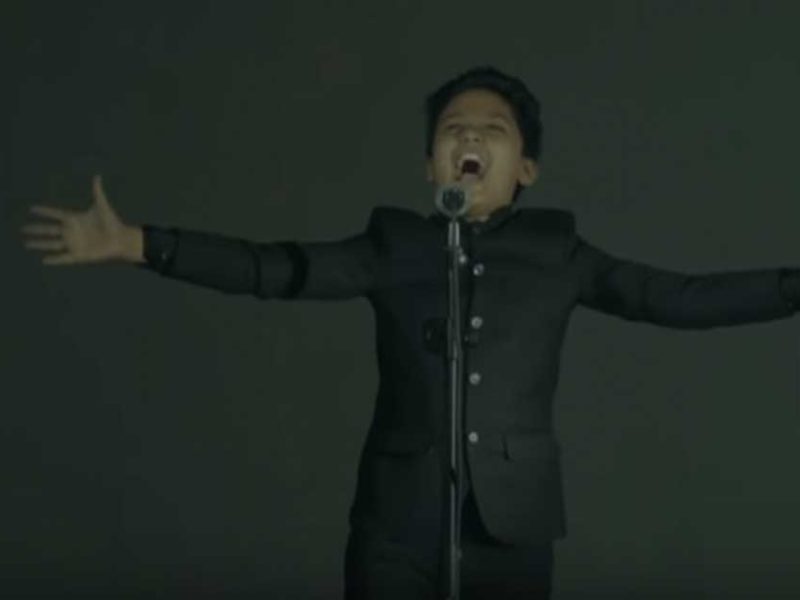 Talents given to man don’t happen by accident.  Talents are freely given for the glory of God—it might be singing, dancing, writing, poetry, or many other talents.  According to Romans 11:26, all these things exist for Him, “For from Him and through Him and for Him are all things. To him be the glory forever! Amen.”  Since the beginning of mankind’s creation it wasn’t just some things, but ALL THINGS that are because of Him. That’s why when you see this 12-year-old boy from India who passionately sings songs to God, your heart can’t help but melt.

This little young man is Steven Samuel Devassy.  He is a well-known young Christian YouTuber from India having 22,028,708 views already.  Along with his production team, he covers worship songs and inspires millions with his God given talent.  Steven’s first video that went viral is the song “10,000 Reasons”, hitting 19 million views.  This time, he’s back with the beautiful worship song ‘No Longer Slaves’.

With such a pure voice, he’s at it again.  With this rendition of ‘No Longer Slaves’ he’s going to capture the hearts of his viewers once again.  God is deifnitely smiling at him as his voice resounds in Heaven!

For just $100 per month you can bring the gospel to 10,000 homes. Join us as media missionaries! GIVE NOW
VIEW COMMENTS
« Where Did God Come From? Miss America 2008 Experienced Eating Disorder Until God Showed Her Her True Beauty »