“There is a chance of full recovery.” 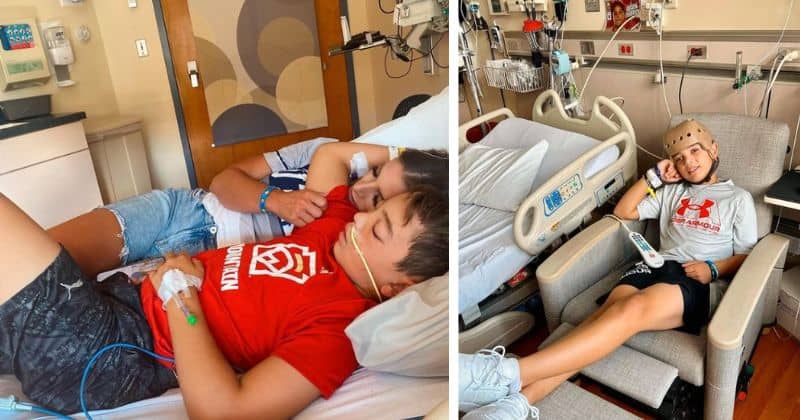 The 12-year-old Little League Athlete who fell from bunkbed overcomes what the doctors said that he has no chance to live.

Easton Oliverson has travelled to Williamsport, Pennsylvania to play for the Little League World Series. Unfortunately, the young athlete from Santa Clara Utah fell out of his bunkbed and sustained a skull fracture. He was immediately taken to the hospital and was fighting for his life.

Doctors told his family that he has a zero percent chance for survival due to the severity of his injury. But today, he overcame what he has gone through and proved the doctors wrong as he is showing great recovery.

“I’m just grateful that he’s still alive, because I was pretty much told he had a 0% chance to live. We feel very fortunate,” Easton’s dad, Jace, said in a recent interview.

The young boy, whose nickname is “Tank,” has now a chance fora  full recovery! Jace, grateful for all the prayers poured in for his son, is still asking for continuous prayer for Easton’s total healing.

“There is a chance of a full recovery,” he added. “It’s just a matter of how long and the therapy that he’s going to receive. We’re just asking for prayers. Continuous prayers.”

While undergoing treatment at Geisinger Janet Weis Children’s Hospital in Danville, Pennsylvania, he fell the second time after slipping on the bathroom. Thankfully, his CAT scan showed a normal result. This is truly a miracle!

“Our message the whole time is to remind people that we have a loving, heavenly Father and a Savior who wants us to be happy,” he said. “If we just go to [Him] in prayer, anything is possible, and we’re seeing that with Easton.”