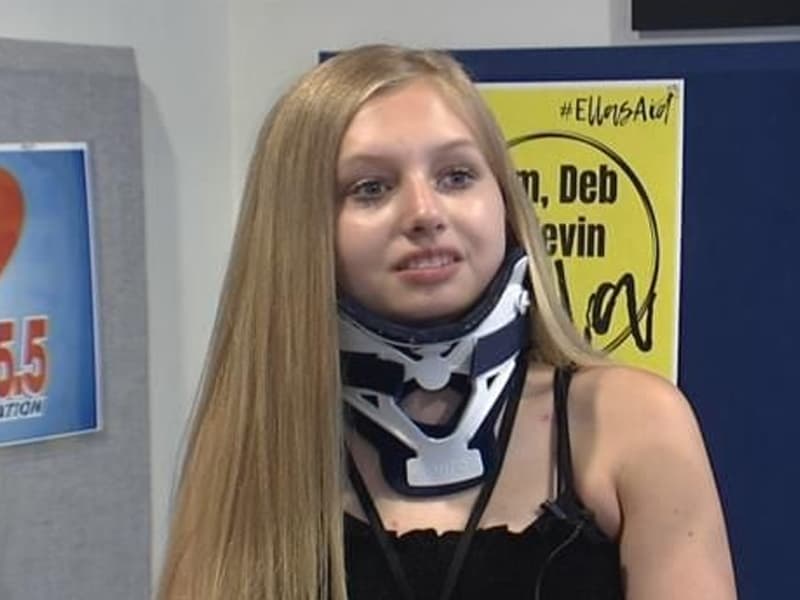 May 25, 2018, Ella Whistler was in her science class at Noblesville West Middle School when a classmate pulled out a gun.

The 13-year-old shooter asked to be excused during a science test and returned to the classroom with two handguns. He fired at his classmate Ella and his science teacher Jason Seaman. To avoid any further damage, Jason threw a basketball to the assailant and wrestled him to the ground. Jason took three bullets and was hailed a hero for his courageous and selfless actions to protect his students.

“I deeply care for my students and their well-being,” Jason stated.

Ella was shot seven times and she suffered injuries including a broken jaw, broken ribs, a collapsed lung, and broken vertebrae. A year later, Ella believes it was a miracle that she is still alive today.

“I really think that it’s a miracle I’m here,” Ella said in an interview.

Ella’s family and friends surrounded her with love and support during her recovery. Her dad even expressed his gratitude to God for saving the life of his daughter.

The shooter was arrested shortly after the incident with 0.22 caliber gun, a 0.45 caliber gun and a knife in possession. It was revealed that his dad owned the weapons and kept them in a safe in the basement. The assailant is now serving his time in a juvenile detention center.

Meanwhile, Ella is now doing physical therapy and looking forward to starting high school. She still maintains a positive outlook despite her the near-death incident.