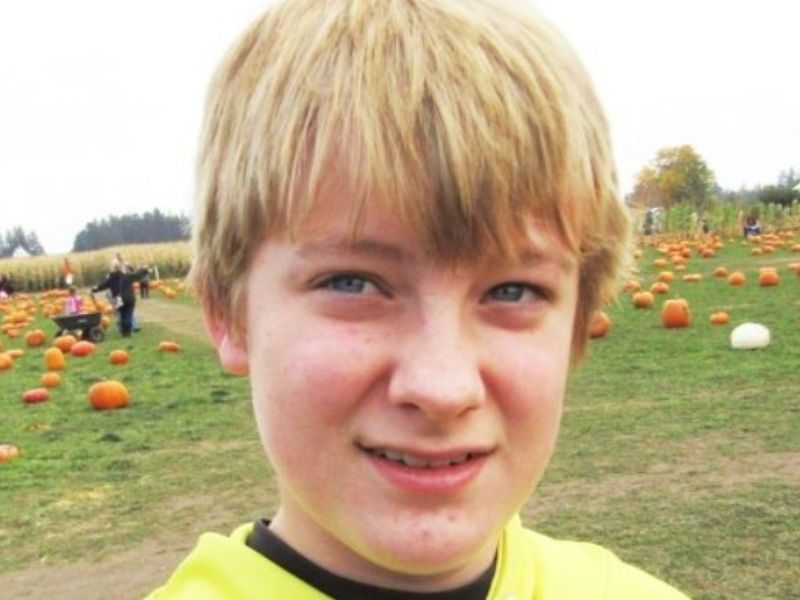 A family member tells the tragic story behind the 13-year-old victim found with his dog on his lap during the Oregon wildfires.

In an interview with CNN, Susan Vaslev, tearfully shared the details of how her great-nephew, Wyatt Tofte, failed to escape the fire.

Chris, Wyatt’s father, left home to get a generator when the power went out at their residence. But while he was gone, the fast-moving fires aided by high winds quickly took over their neighborhood.

The Tofte family expected they were out of the fire’s reach since authorities gave no evacuation warnings to the community. But in just a matter of hours, the community went from no evacuation orders to a “go-now” state. “I don’t think anybody understands how quickly a fire travels,” Susan said.

It was in the middle of the night and Angie, Wyatt’s mother, woke up with raging fires surrounding their house. She immediately put their pets and her 71-year-old mother, Peggy, into their car. However, Peggy’s broken leg stalled their race to safety. So, she made Wyatt run with his beloved dog, Duke while she stayed behind and assisted her mother.

But Angie wasn’t able to drive the car as flames continued to encircle them. She knew she would have to run to survive. She then made the heartbreaking decision to leave the car and her mother to make it out alive. Angie hoped her 13-year-old son’s head start got him to safety.

Meanwhile, Chris was determined to return to his family but the police had already set up barricades to reduce more disaster. This did not stop the desperate father. He broke through one of the blockades and rushed into the inferno.

On his way, he encountered a badly burned woman and offered her a drive. But he explained that he had to search for his family first before returning. The woman, with her underwear only, had hair singed from the fire, feet burned to the bone, and mouth blackened. She responded, “I am your wife.” The burns were so terrible that Chris failed to recognize his wife.

So, Chris rushed her to the paramedics and then attempted to return and continue his search for Wyatt and Peggy. But by then, the wildfires had caused trees to fall on the road. He had to wait for the fires to die down.

He spent the next two days searching for his son and mother-in-law in the ashen field. The search and rescue team finally discovered the body of Wyatt in a vehicle with his dog in his lap. Peggy’s body was also inside the vehicle with Wyatt.

“We don’t know exactly what happened but Wyatt ended up going back to the car and tried to drive his grandmother out,” Susan explained. “He attempted to drive that car and the roads were so hot that it burnt up the tires. So, he wasn’t able to drive it to safety. He did not make it out of the fire.”

Still in critical condition, Angie is fighting for her life in the hospital. The family has set up a Gofundme page for their recovery as a family.

Prayers for the Tofte family and all other victims of the wildfires.

For just $100 per month you can bring the gospel to 10,000 homes. Join us as media missionaries! GIVE NOW
VIEW COMMENTS
« Increase Testimonies: Celebrating God’s Goodness So That He Does It Again One Woman’s Drive For Aliyah Amid The COVID-19 Pandemic »