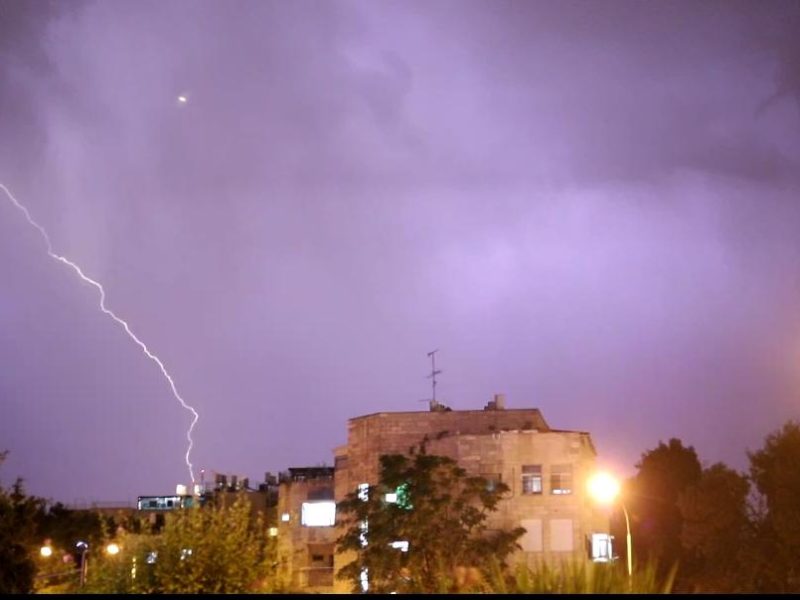 Asher Hazut, a 14-year-old boy, passed away at the Barzilai Medical Center in Ashkelon on Wednesday, after being struck by lightning on the Zikim Beach on Tuesday along with four other family members.

Hazut was critically injured and was found at the beach without a pulse. He was resuscitated and rushed to the hospital, where doctors fought for his life. The attempts were ultimately unsuccessful, and Hazut died of his injuries.

His father, Rabbi Shimon Hazut, is a Shas Party official rabbi. While in the hospital, the family added the name “Chaim” (life) to his first name Asher, and asked that people pray for his recovery.

Hazut’s sister in-law, Efrat, remains in serious condition, according to a report from the hospital. Her husband, Elazar, his brother Elhanan, and their sister Pedut, who were also struck by the lightning bolt, remain hospitalized as well.

Interior Minister and Shas leader Arye Deri sent his condolences to the Hazut family and wished a swift recovery to those still hospitalized.

“I send my condolences to Rabbi Shimon Hazut for the loss of his son, a student at the Ner Shmuel Yeshiva, after being hit by a sudden lightning strike, and whose pure soul was returned back to his creator. Shas and I pray for swift recovery of the other Hazut family members, who were also injured by the lightning strike.”

For just $100 per month you can bring the gospel to 10,000 homes. Join us as media missionaries! GIVE NOW
VIEW COMMENTS
« Israel Becomes First Non-European Country to Join European Social Survey In The Dark Of The Midnight »