14-Year-Old Girl Refuses To Have An Abortion, Keeps The Baby | God TV
Articles 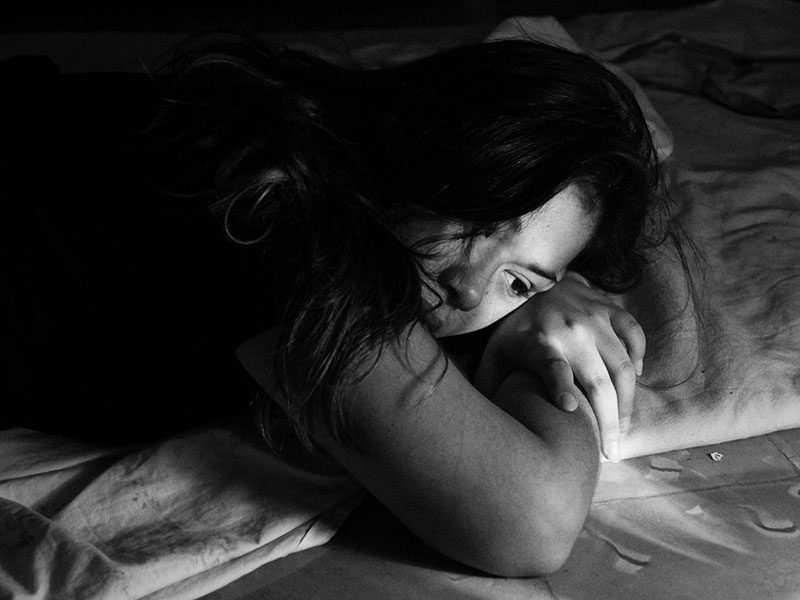 A 14-year-old girl who was assaulted got pregnant, but she refused to have an abortion because life is “a gift from God.”

P.J., not her real name, was 14 years old when the incident happened. As someone who grew up in a military family, P.J.’s parents were strict, and they wouldn’t let their kids hang out with just anybody. But one day, when P.J. and her friends were hanging out, she met a military boy.

While P.J.’s friends were gathered at her home, in her parents’ basement, P.J. was raped. Several of her friends witnessed what happened, but they all remained silent. Until five months later P.J. found out that she was pregnant.

The truth came out, and her family was furious and shocked. Due to anger, Angela, P.J.’s mom, initially responded considering abortion.

“I really thought I would take her to terminate the pregnancy,” Angela explained. “I was pro-life but with exceptions, I didn’t want to do that, but I was always told it was the thing to do in the case of forcible rape. My husband, however, said he couldn’t have anything to do with the death of a child. That it was still a human life. Everywhere we went, friends and religious people were very adamant that we should terminate.”

Then she realized how she never wanted her daughter to experience the same guilt, pain, and regret she had in the past.

“In college, I got pregnant and I went to a health clinic. I was 24 weeks, and I had an abortion,” the mom admitted. “My mother forced me to because she didn’t want to be embarrassed by my poor choices. We never spoke about it again. I have never gotten over it.”

So, she decided to take her daughter to Trisha, who runs a Birth Right.

“Trisha was the first person to say it was going to be okay. She was the first person who actually encouraged us to keep [the baby],” she recounted. “As a woman, even if you’re pro-life, you’re told there’s nothing worse you can do to a rape victim [than tell her to keep her baby]. I’ve been told by everyone, especially the media, that abortion is what you do.”

“Trish gave us Rebecca Kiessling’s pamphlet. We prayed about it and it was the best thing we had ever done. After we left Birth Right, P.J. cried—not because she was upset—but she said she felt relieved and like we were in a safe place. She said she knew Miss Trisha had her best interest at heart. When we heard [the baby’s] heartbeat, it was over for me.”

The family then concluded, “This child will be a gift from God. P.J. spent a lot of quiet time reflecting. She had a wisdom I didn’t have. Her strength and wisdom is what got us through.”

Baby James – A Gift From God

Instead of treating the baby as a curse, the family accepted that he is a gift from God. So, they threw a baby shower for baby James. The family chose to celebrate the life of the innocent baby despite the unfortunate circumstances.

In the fall of 2011, P.J. gave birth to her son, James. Excitement, love, and joy filled the whole family. However, as they moved forward with pressing charges against the man who raped P.J., another challenge arose. In the place where they live, the “man was legally allowed to move forward and seek custody and parental rights.”

The rapist also had other charges against him, including raping another male soldier and using illegal drugs. Thankfully, he was convicted of a felony for unlawful use of cocaine and failed to get partial custody of the baby.

Today, God has blessed P.J. and James with love and truth. Once a week, she goes to a Bible study and prays with her son every day. She constantly reminds him that he has always been wanted and loved.

Moreover, Angela never regrets their decision to drop abortion as an option. Instead, she is grateful.

“The minute we laid eyes on this child, we didn’t once equate him to the rapist. He’s just as much a victim. He has healed our family in ways we can’t explain. He is the most amazing gift from God. I don’t even know how to put it in words,” she said.

**Names have been changed to protect the victims.

For just $100 per month you can bring the gospel to 10,000 homes. Join us as media missionaries! GIVE NOW
VIEW COMMENTS
« Man With Disability Amazingly Plays Piano To Worship God Have You Overlooked Cleaning Up A Dirty Imagination? »