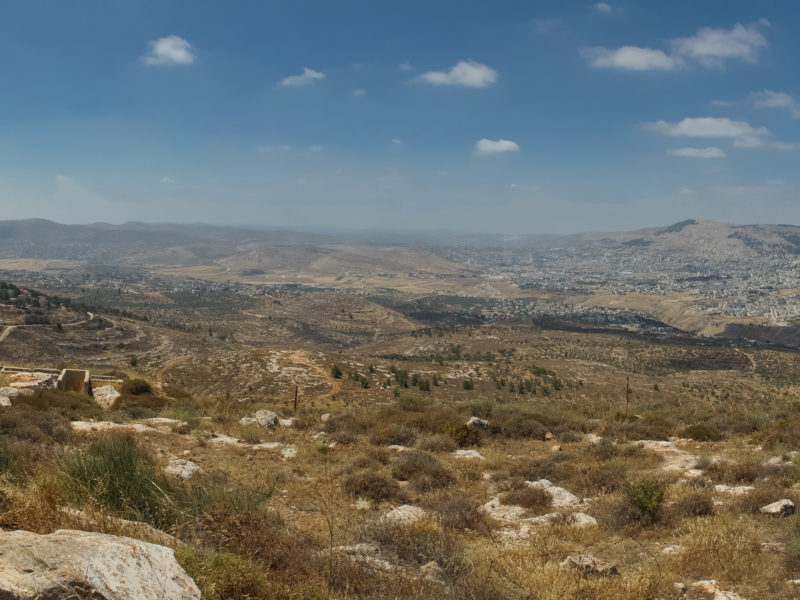 15 years after the Disengagement from northern Samaria, a group of 100 Israelis has returned to the abandoned community of Sa-Nur on Monday night, stating they were there to stay.

In 2005, Israel unilaterally withdrew from the Gaza Strip while destroying 21 Israeli communities.

It also destroyed four communities in northern Samaria but retained a military presence in the area, which is part of Area C, under full Israeli control.

Yossi Dagan, head of the Shomron Regional Council, who was expelled by the state from his home in Sa-Nur in 2005, demanded that the state allow the resumption of settlement there.

Dagan said that the “harsh sights of my friends being dragged on the floor by police and soldiers only to keep the place in full Israeli control will never leave me.”

The return to the communities of Ganim, Kadim, Chomesh and Sa-Nur is “the best thing to do, after it is clear that there is not one person left in the State of Israel who believes that this displacement was correct.”

The members of the group spent the night in a fortress in the area and prepared it for residence. The group includes about 20 families and young people – discharged officers, veterans of special IDF units, educators and students.

They said they were there to “correct the injustice and renew Jewish settlement here.”

Member of Knesset Ariel Kellner, who joined the group, said Sa-Nur “will be built and established. The Disengagement Law is a disgrace, it is an anti-Semitic law that prohibits Jews from living in Israel and must be removed from the law book of the State of Israel.”

In August, Coalition Chairman Miki Zohar and Member of Knesset Betzalel Smotrich introduced a bill to repeal the 2005 Disengagement Law from northern Samaria “to correct the injustice.”

Naveh said that reality has proven the move has failed to give Israel any security or diplomatic advantage.

“There’s no doubt that we weren’t able to create any sort of security advantage, neither in Gaza nor in Samaria,” Naveh said in the interview with Israel Hayom. “If the disengagement from Gaza contributed anything to history, it did so by proving that terrorism has nothing to do with the settlement enterprise, and by proving that an eviction of this nature cannot be carried out in such a way again.”

“There was no advantage to this eviction. None. Zero. Nothing has changed for the better there. It had no added value to security or to anything else. It was a frustrating event that left a feeling that it was all for nothing,” Naveh said.

He voiced support for the return to the abandoned communities in Samaria.

For just $100 per month you can bring the gospel to 10,000 homes. Join us as media missionaries! GIVE NOW
VIEW COMMENTS
« Toddler Trapped In Rubble After Strong Earthquake Clings To Firefighter’s Hand After Rescue Israel’s First Ambassador To Romania Celebrated On His 127th Birthday »