18-Year-Old Ukrainian Teen Loses Mother To Bombing, Then Raises 4 Younger Siblings On His Own 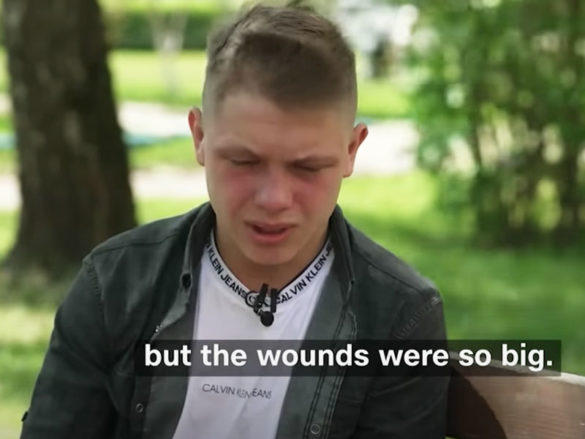 An 18-year-old Ukrainian teen who lost his mother to a bombing in Ukraine steps up to raise his four younger siblings.

With the ongoing conflict between Russia and Ukraine, too many lives have been lost. And one heartbreaking story is about an 18-year-old Ukrainian teen whose mother died in the shelling last mid-march. 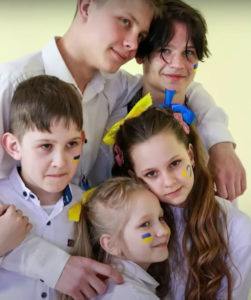 Viacheslav Yalov and his family lived in Donetsk. It is a place in Ukraine that has become a battleground since 2014. But in mid-March, a tragedy happened to their family, forcing them to leave their hometown deeply broken.

The eldest and his mother went out from the home to look for supplies at a friend’s place when a bomb hit near the site. According to the report, it hit them, which caused serious injuries to his mom. The teen tried to ask for help but came back helpless. No one was able to help them medically. So, he went back and tried to control his mom’s bleeding until she died in his arms. 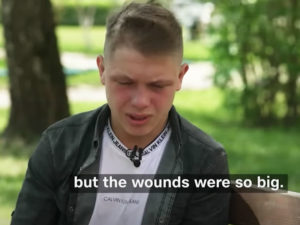 Raises His Younger Siblings On His Own

Viacheslav was deeply broken and returned home without his mother. He couldn’t afford to tell his siblings the heartbreaking news. But they immediately understood what happened as they saw him covered with blood.

Now, the 18-year-old Viacheslav has to raise his siblings on his own. Some days, he wishes his mom was still alive. But regardless, he has accepted the challenge to stand strong for his younger siblings—Milo, Nicole, Timmoor, and Olivia.

Unfortunately, Viacheslav and his siblings could no longer stay in their home, for it was severely damaged. But thank God, a friend lent him money, and they traveled toward the southwest of Ukraine. In Lviv, they arrived safely, and the government took care of their shelter.

Strangers who know the story suddenly walked up to their apartment to help or cheer up the teen.

What a blessing this young boy is! Let’s pray for him and his family, and may God bless him even more.

Ukraine Teen Raising 4 Younger Siblings On His Own