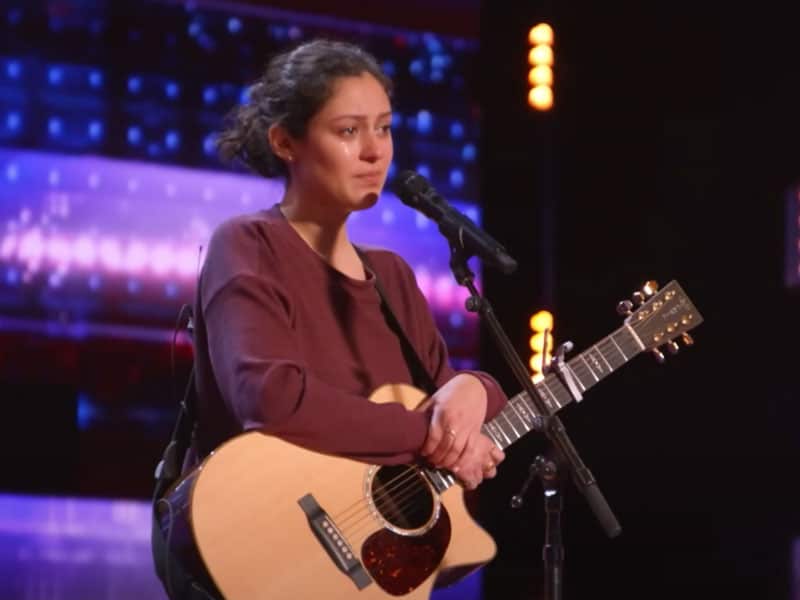 A 19-year-old America’s Got Talent contender with a speech disorder made the judges and audience cry as she sang an original song.

Amanda Mammana, one of the contestants of this year’s season of America’s Got Talent, has a speech impediment. Her disorder apparently caused her to “shy away and hide.” But despite the odds, she went out of her comfort zone and auditioned for America’s Got Talent 2022. And now, she’s moving everyone to tears, including the judges. 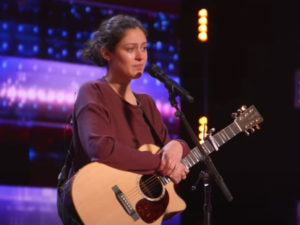 The 19-year-old brought her guitar with her to the AGT stage. When the judges asked a few questions about her name, age, and what she would perform, she responded while stuttering. She then explained to them about her speech impediment. But whenever she sings and plays music, her stuttering disappears.

Soon after, Amanda shared that she would perform her original song. And it’s a song she described “about some hard times.”

“And if I could go back and change those things, I wouldn’t. Because they made me me,” the AGT contender explained. 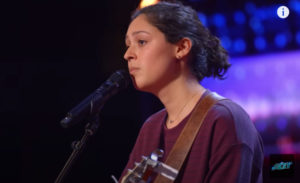 Perhaps she was very nervous, Amanda became teary-eyed before she started her song. Simon Cowell then whispered, “I hope she’s good.” But after she began playing her guitar and singing, Simon’s eyes opened wide. Everyone was amazed by her God-given talent. She performed on stage with her pure voice and emotional performance. The authenticity of her song and its lyrics made both the judges and the audience in awe. As a result, she received a standing ovation.

Further, following her performance, Amanda shared her heart with the crowd.

“There was a time when I was a kid and I was like, I can never do anything like this, I’m not good enough,” she admitted. But judge Howie Mandel replied, “Good enough doesn’t explain what we just heard. It’s not only good, it’s great. Look how you’re moving this audience and I believe you’re moving millions of people right now.”

“You were amazing,” he told her. “And I mean your voice is so pure, so beautiful and also you’re a good song writer and I think you’re an incredible person and I’m so happy you came here.”

In the end, Amanda received the “Yes” from all the America’s Got Talent judges.

What a great blessing and inspiration!

Reference | Faithpot and America’s Got Talent