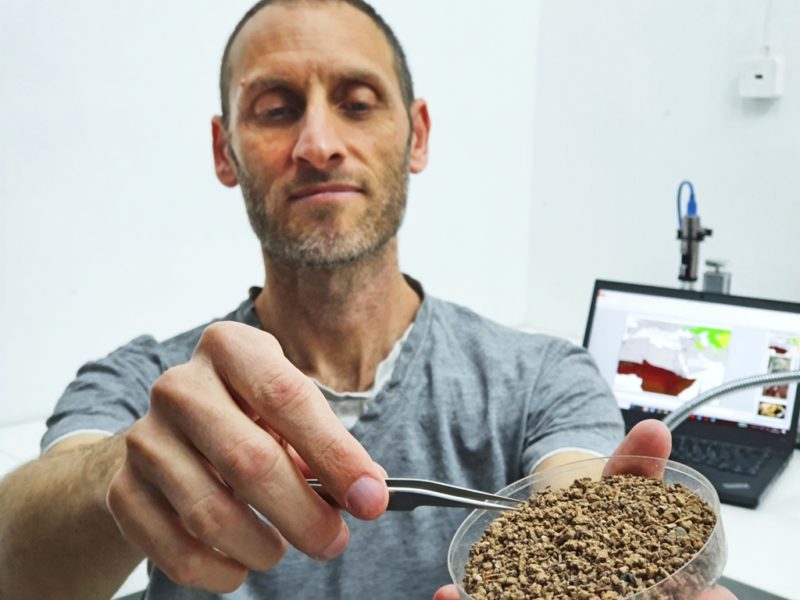 Contrary to a popular theory that the cold and dry climate of the Ice Age was a barrier to the intercontinental migration of humans, new and surprising Israeli research has revealed that migration out of Africa actually occurred under the cold climatic conditions some 200,000 years ago.

The research examined animal fossils from Misliya Cave in Mount Carmel, off the northern coast in Israel, and identified a rodent, a vole species that characterized northern and cold regions.

The rodents were found close to a human jawbone, nearly 200,000 years old, among the earliest human remains found outside Africa.

Dr. Lior Weisbrod of the Israel Antiquities Authority (IAA), who published the new findings together with Prof. Mina Weinstein-Evron of the Zinman Institute of Archeology at the University of Haifa, said that “we investigated tiny fossils, most of them smaller than a single millimeter, discovered within the same layer where the jawbone of the earliest modern humans outside Africa was found two years ago.”

The fossils under investigation were identified as belonging to 13 different species of rodents and small insect eaters, some of which now live in high and cold regions, in the Zagros Mountains of northwestern Iran and in the Caucasus Mountains.

“It is amazing to learn about modern human evolution from the remains of one small rodent,” Weisbrod remarked.

Among the species discovered during the excavation, the researchers were surprised to discover animals capable of living only in cold climates – especially one species called Ellobius lutescens, which lived in the land of Israel during the Ice Age and disappeared from the region more than 150,000 years ago.

“This signifies that, here in Israel, cold conditions prevailed that allowed such animals to survive. Finding the human jawbone in the same layer where the rodent lived, suggests that these early humans survived under these conditions,” he declared.

The tiny remains of the animals examined are of paramount importance to the study of human evolution, the research notes. With the help of fossils, one can determine under what conditions ancient humans could have survived in different prehistoric times, and at what rate human adaptability evolved to adjust to diverse climatic conditions.

Their research revealed that the migration from Africa occurred during a period of a global ice age and supports the conviction that the adaptations that made humanity the dominant species on Earth appeared early on in our evolution.

Weinstein-Evron explained that “prehistoric discoveries in Israel, and in other regions of North Africa and southeastern Europe, are changing existing perceptions on human evolution.”

“These discoveries shed light on the origins of modern humans and the development of their physiological and behavioral capabilities. These capabilities enabled us to reach each of the continents in a relatively short time, in evolutionary terms, accelerated the extinction of earlier human species, and actually led our ancestors to dominate the world,” she added.

These findings change the excepted theory on human history, and “if the climate wasn’t the factor that initially delayed our ancient ancestors, researchers will have to examine other explanations, including those related to population demographics, interactions with other human species, or the late emergence of technological innovations.”

For just $100 per month you can bring the gospel to 10,000 homes. Join us as media missionaries! GIVE NOW
VIEW COMMENTS
« God’s Word For You Today WATCH: Israel Captures Senior Hamas Smuggler While Running Weapons into Gaza »