BREAKING
Bennett Coalition Government Collapses, New Elections On Horizon—And The Return Of Netanyahu?
Rooftop “Glamping” Pops Up In Israel
“Steph Curry Is Copying Me… Again…With A Hebrew Sweatshirt”
STAND WITH UKRAINE
Home Video 23-Year-Old Adopts 13 Daughters Before Getting Married, Then Introduces Them to New ‘Dad’

23-Year-Old Adopts 13 Daughters Before Getting Married, Then Introduces Them to New ‘Dad’ 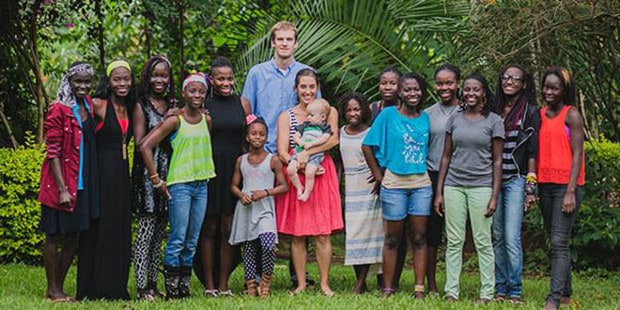 At the young age of 18, no one would think a homecoming queen and senior class president would trade her life for something so extraordinary.  Her name is Katie Davis, the girl who chose to follow God’s calling on her life more than following, what the world calls, “greater opportunities” for her.

God wrote these desires on her heart during December of her senior year of high school when she went on a mission trip to Uganda.  It was the moment where God opened her eyes and she responded through prayer and seeking God, asking His guidance for her next steps after graduation.

That’s when she decided to forgo university and commit to one year to teaching kindergarten in an orphanage in Uganda. 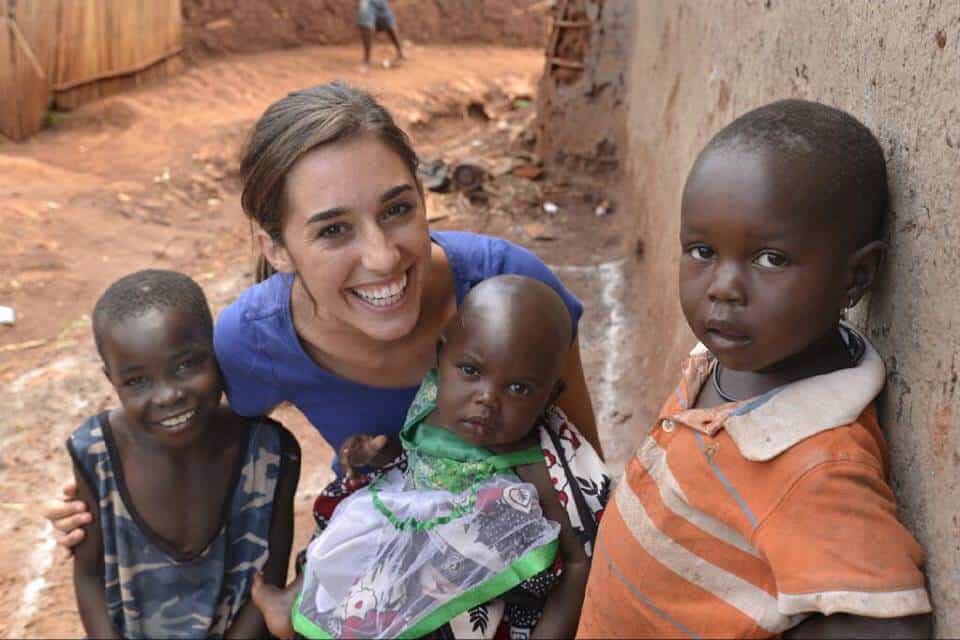 Faith led her to that decision because she wanted to obey God even though she didn’t know what was ahead of her.

Eventually, in 2008, Katie made Uganda her permanent home and launched Amazima Ministries, named after the native Ugandan word for “truth.”  The organization seeks to transform lives, restore relationships and radically change communities through the truth of Jesus Christ.

5 years later, at the age of 23-years-old, Katie became a mother to 13 young girls whom she adopted and raised as her own children.

Katie tells TODAY that she learned what true love really means through taking care of her adopted children –  the most valuable lesson she has ever learned in life. 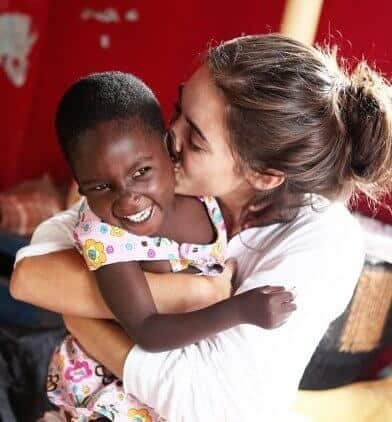 “In those early days of laying sleepy heads on pillows and training tiny hearts to know Jesus, I had no comprehension of the wild, devastating, uncontainable love I would feel for them. I  didn’t know that they would somehow become extensions of me, that when they hurt I would hurt more deeply than I ever had before, and that when they showed delight over a success or an excitement for God’s Word, my heart would swell within me and I would be unable to contain tears of joy. I didn’t know that sometimes I would look at them and feel so much love that my heart would physically ache within my chest.”

That understanding of unconditional love would one day influence Katie not just as a mother, but also a wife. 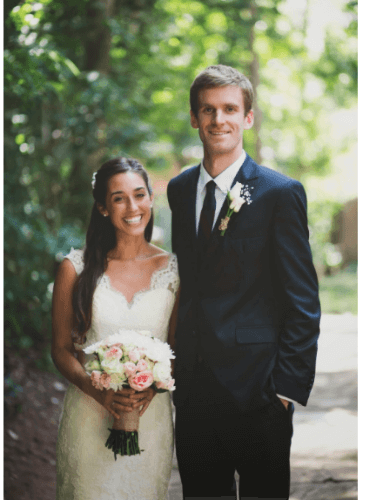 Benji and Katie grew up in the same town of Franklin, Tennessee, but only met for the first time when Benji arrived in Uganda to serve as a missionary.

“We shared a hometown with only a few hilltops to keep our adolescent lives from ever intersecting,” Katie writes on her blog.

“My husband’s love is just another way God has chosen to pour [out] His extravagant love on me, another constant reminder that He rejoices over me, and over each one of our daughters. I watch them come alive under the loving gaze of their new father, I hear the delight and the certainty in their voices as they call ‘Dad.’”

The couple got married in 2015 and during that time she didn’t have her friends or sisters around as bridesmaids, instead, she had her 13 beautiful daughters who continue to be living proof of God’s faithfulness, redemption, and love. 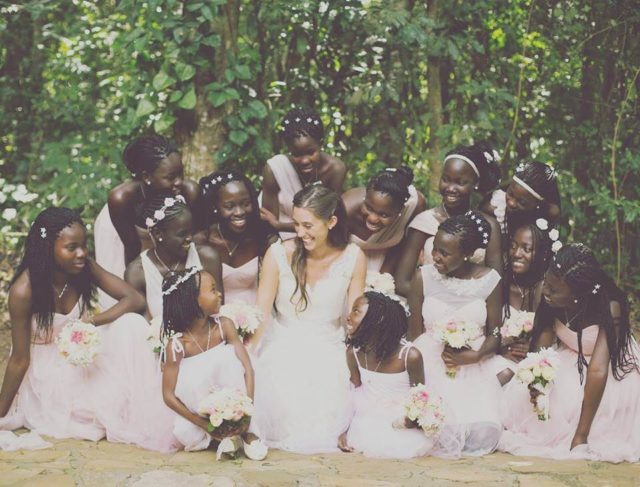 Katie explained that just because she lives in Uganda and shares the love of Jesus with people she meets doesn’t mean she’s a “missionary” greater than anyone else.

“I live in Uganda with my husband and my children. The people here, they are my neighbors, my friends, my family. These are the streets on which we live, the community we pray with, the friends we eat with, the people I wave to on the street. This is my home. What I do here, you can do there, right where you are.”

Amazima Ministries is simply one of the many ways you can join the revival movement and empower a young generation with education and Jesus Christ.

You can simply do something to share the love of God with those around you. Be a good neighbor, meet someone new, face each day with the joy of the Lord, and be filled with the spirit to bless those around you. “Right where you are.”