BREAKING
Israeli Researchers Achieve 80% Accuracy Predicting Earthquakes
Israel Opens World’s Largest ER, Prepared For Mass Casualties And Complete With...
6th Most Powerful Woman In The Arab World Dismissed From Post For...
Home Articles 240 Korean Christians Traveled Across The US To Pray For Revival: “Bring The Fire Back To America”

240 Korean Christians Traveled Across The US To Pray For Revival: “Bring The Fire Back To America” 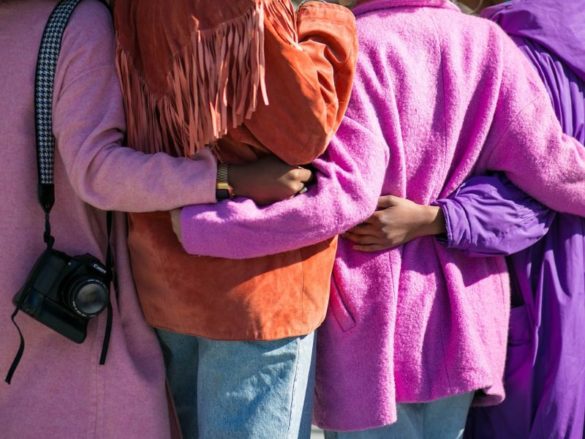 Two hundred forty Korean Christians went to 21 cities across America, praying for a great awakening in the country. Pastor Jae Choon Choi shared, “Just as the first missionaries from the United States came to our nation and spread the fire of the gospel, we want to bring that fire back to America.”

Pastor Choi from Seoul’s Kwangmyung Church led his team of prayer warriors and traveled more than 6,000 miles to bless the USA. They have blanketed Bellingham, Washington, Los Angeles, Maine, Miami, and other cities with their prayers.

They arrived on the week of the 49th anniversary of Billy Graham’s 1973 crusade in Seoul. The remarkable revival crusade reportedly gathered 3 million Koreans. And at least 75,000 committed their lives to Jesus.

The 5-day conference brought a tremendous impact on South Korea and the other parts of the continent that is still felt today. It left a historical mark on Asia’s Christianity.

Keum Ran Lee, one of the Korean intercessors, recalled the momentous time. “Even though I was small when the crusade happened, I know millions of people’s lives were impacted by that event. And eventually led to the explosion of the church movement in South Korea.”

As a result, Korean Christians see it fit to pay back to America.

Russell Evenson, a World Outreach Worship Center pastor, expressed his gratefulness to CBN News. “They know that America is in trouble and that America stood with them.”

He added, “They want to stand with America in this time that America is in spiritual trouble. And simply praying for a Third Great Awakening in this nation.”

Pastor Evenson accommodated ten intercessors and led them through essential places in Virginia.

Last Saturday, all 240 Korean intercessors joined the local churches to attend the March for Jesus rallies. The celebratory gathering is simultaneously held across the 21 cities.