GOD TV’s 25th Anniversary: The Global Media Mission Extends To Even the Most Remote Island 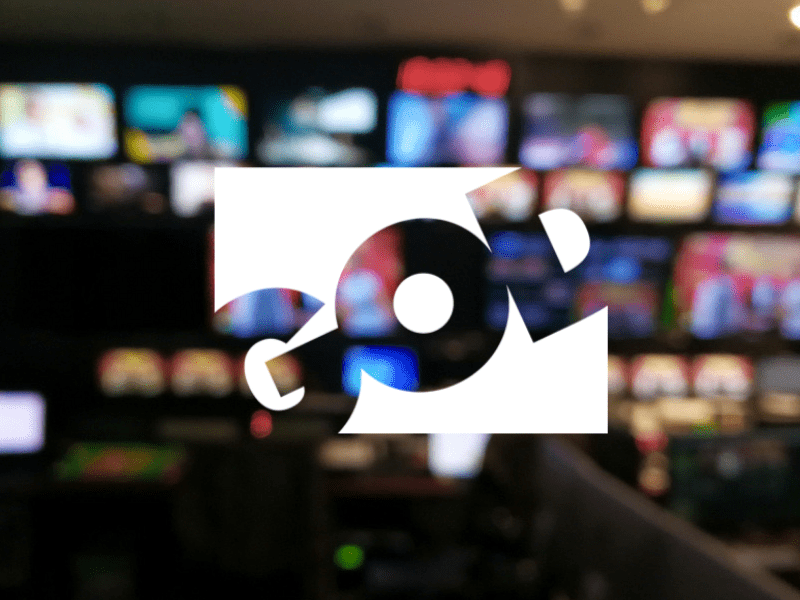 October 1st, 2020 marks GOD TV’s 25th Anniversary. This was the historic date in 1995 when the UK and Europe’s first daily Christian Channel was born. Then known as the Christian Channel Europe, it would soon become GOD TV. And, it would grow over the years into the vast media missionary outreach we know today, headed by Ward Simpson, and with a global vision for Souls, Israel and Revival.

Looking back two and a half decades, there was no Christian television in Europe. Only hundreds of believers faithfully trusting God to start taking back the airwaves. It seemed impossible, but this was a sovereign work of God. It was going to be miraculous. Of course, the national media saw things differently. They didn’t think the channel would last a month let alone celebrate its 25th Anniversary!

However, God had heard the intercession of His people, the cries of visionary leaders like Jean Darnall who led intercessory groups to pray for Christian media. She prophesied pockets of fire across the UK and Europe. The result of God bringing talented communicators together from different nations. Two of these communicators were Rory Alec Stephen and Wendy Alec.

A dream to reach the lost and equip the Church

Rory was a musician and advertising executive from South Africa with a call to media. He had reached number one in the music charts with a hit single and had run a TV production company in Johannesburg. With an apostolic anointing to break new ground for the Kingdom, he would secure a much-sought-after broadcast license and negotiate with the SKY satellite platform to get the new channel on-air.

Wendy (nee Kauffman) was born in London to British parents but grew up in South Africa where she gave her life to God in a nightclub where she was singing. Following this powerful encounter, Wendy developed a passion for creative evangelism. These two gifted communicators, along with many others, would inspire thousands of people across the globe to become media missionaries and take the Good News of Jesus to the ends of the earth.

GOD TV started small in the sense that it was only on-air two hours a day. However, it got off to a big start in other ways with a press conference in London and a dedication service at Central Hall Westminster. A major branding campaign followed. It invited people to “Switch on to GOD!” This was emblazoned on London’s iconic red buses and the message soon spread across the capital and overflowed to the nation.

The GOD TV founders had a massive dream to reach the lost and equip the Church. This was a vision that grew into a quest to win ONE BILLION SOULS. Yes, it started around a kitchen table with very limited resources as the “Against All Odds” story goes. However, God would make GOD TV grow exponentially into a global outreach. 2002 was a pivotal year for the ministry as this is when it began to broadcast from Israel. The move facilitated a new satellite network that allowed for international expansion. “From Jerusalem to the ends of the earth” stirred the hearts of believers worldwide as they began to see media as a way of fulfilling the Great Commission.

GOD TV was already reaching the UK & Europe and Scandinavia. Now GOD TV Africa and GOD TV Asia took to the air with offices on the ground in South Africa and India. GOD TV Australasia soon followed with a presence in Melbourne, Australia Then in 2006, GOD TV USA went LIVE with studios in Washington, DC just around the corner from the White House. God soon added many other communicators like Simon Jacobsen, Fergus Scarfe, Chris Cole, Marcél Oliver, Thomas Robinson, David Nicolle, and Wayne Knapman who became GOD TV Regional Directors. This was something that set GOD TV apart from other international networks – local representation to serve its viewers in each region.

The connection with the Land of the Bible enthralled believers and GOD TV also started to take tours to Israel. Looking back as GOD TV celebrates its 25th Anniversary one remembers those amazing pilgrimages, the boat rides on the Sea of Galilee and communion at the Garden Tomb and the many LIVE broadcasts from David’s Citadel. One cannot forget the late Kim Clement’s concerts at Mount Carmel and the Sea of Galilee and Sunday Night Live from Jerusalem.

Starting a new network was always going to be a huge spiritual battle against the forces of darkness. What came to be known as “B4B” echoed this – the Battle for Britain. This was one of England’s largest evangelistic campaigns. GOD TV was “the airforce”; viewers and churches were the “ground force” and Suzette Hattingh led a group of intercessors as “the Prayerforce”! GOD TV viewers received bundles of leaflets to distribute to homes in their vicinity that had a satellite dish. These contained a teaser inviting recipients to watch special broadcasts on the meaning of life. Converts were then referred to the 2000 participating churches. Many of these churches put up large screens and invited their congregations to bring the unsaved which was a new and innovative way of reaching people.

B4B shared many outstanding testimonies of people who had come to know Jesus as Lord. Evangelists like Steve Hill passionately challenged viewers to get their lives right with God. It was bold campaigns like these that made GOD TV a forerunner for others to follow. GOD TV also had a mass appeal to young people with series like Dream on TV hosted by Chris Cole and Emma Owen. Other original programming included Friday Night Live, Behind The Screens and The Rory & Wendy Show, but it was for its missionary outreach that GOD TV would become most well known.

Right from the outset, GOD TV had a huge heart for mission. Missionaries of yesteryear were celebrated like David Livingstone for his journeys through Africa. Others included Hudson Taylor, who took the Gospel to China; Amy Carmichael to India, and Mary Slessor to West Africa. The message to viewers was clear, “You may not be able to ‘go into all the world’ physically, but you can send GOD TV!” As a result, many LIVE Missions Week broadcasts followed which inspired viewers across the nations to become media missionaries.

What God accomplished through GOD TV could never have been done through any one person. It was going to take the partnership of hundreds of thousands of believers. It would require sacrifice and there would be spiritual battles. What started in London would go to the North East of England and then the South West; it would overflow to Europe, Scandinavia, and beyond and have a massive global impact.

Unfortunately, the pressure of 20 years of ministry and being responsible for an ever-increasing budget took its toll on Rory Alec and he resigned in 2014. He is now living in Austria where he has remarried.  He hasn’t given up on God though and has a new media outreach. “I am now more in love with Jesus than ever,” he says.

Wendy continued to lead GOD TV until 2016 when she appointed Ward Simpson as CEO. She is now pursuing her passion for creative evangelism through her Chronicles of Brothers novels which introduce readers to God in a non-religious way. She continues to be on GOD TV with series like Visions From Heaven.

GOD TV 25 Years On – Looking ahead

The GOD TV story over the past 25 years has clearly shown God at work. There have been many testimonies, many miracles, despite human failure. The wonderful thing is that the Lord did not let the ministry flounder or fade away. His grace has kept GOD TV afloat through thick and thin. Plus, He has sent many new communicators to reignite the vision. Ward Simpson was God’s gift to GOD TV and the Simpson family are to be commended for all they have done to extend the Kingdom through media.

Though Ward lives in America with his wife Lydia, he is actually from the island of Barbados in the Caribbean. Only God could handpick a new leader for a global ministry from an island in the middle of the ocean.  This is because He is concerned with the salvation of every person, even on the most far-flung island. He wants every nation, tribe, and tongue to be part of the multitude of believers worshipping in Heaven. GOD TV has already seen the Gospel go out via GOD TV on terrestrial transmitters on remote islands. These include Vanuatu and Papa New Guinea. Following GOD TV’s 25th Anniversary who knows where the network will launch next.

Ward’s link to Barbados represents God’s heart to take the Gospel through media to every corner of the globe. His heart is for “Souls, Israel, and Revival”. This 25th Anniversary, GOD TV continues with a new song as it continues to reach the world for Jesus.  In conclusion, the last 25 years have seen the building of a firm foundation. Now let us look ahead to see what God does through the ministry in the next 25 years. We wait expectantly for revival across the earth.

“Sing to the Lord a new song, His praise from the ends of the earth, you who go down to the sea, and all that is in it, you islands, and all who live in them.” (Isaiah 42:10)