3-Year-Old Prays Every Day For A Younger Sibling, God Answers Him 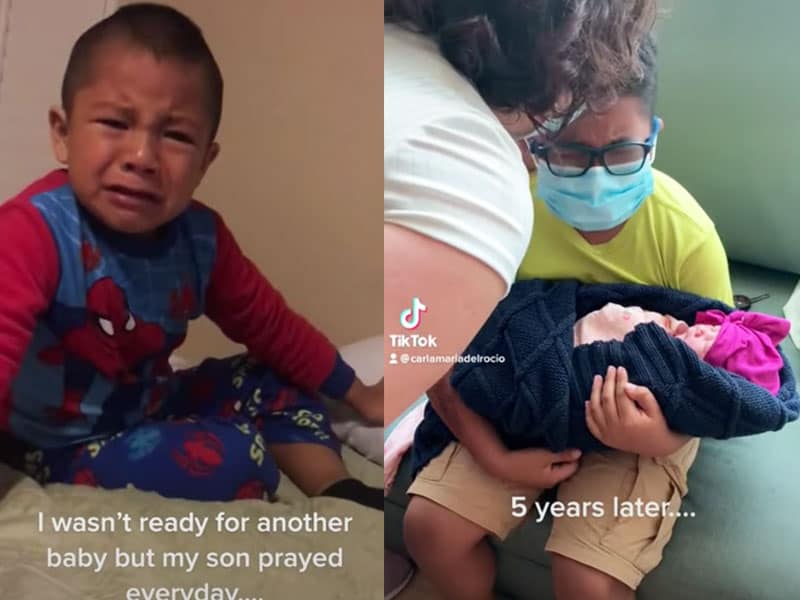 Every child loves to play. According to Very Well Family, playing is part of a child’s healthy development. Through it, they “learn and practice key social, thinking, physical, and emotional skills, including creativity, imagination, and problem-solving.” And in playing, kids often loved it if they had a playmate. This is exactly what the 3-year-old boy who went viral wanted. 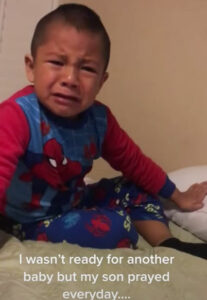 On TikTok, a little boy’s recorded video by his mother went viral. It shot up to more than three million views. It blessed millions of viewers and also brought to tears to some.

The mom, Carla, told the story on social media when her son cried, asking for a younger sibling. In the video, the baby boy cried, requesting his mom to have more babies. He apparently wanted to have someone to love and play with. Then the mom wrote in the TikTok video, “everyday he would ask God..” And it broke the mother’s heart every time.

“My son cried every year since he was 3 years,” she wrote in the video. “I wasn’t ready for another baby but my son prayed everyday.” 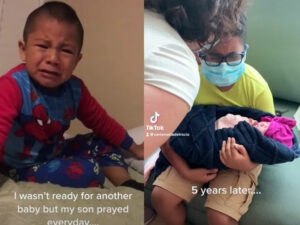 The time skip that Carla recorded when her son held his baby sister for the first time was emotional. Now a big brother, he cried tears of joy at the hospital when his mom gave birth.

Today, the siblings often play together, and the big brother takes really good care of his little sister.

A TikTok user commented, “You blessed her with the best big brother anyone could ever want.”

Carla’s bio on social media revealed that God is first in her life. She wrote, “God is first in my life! Journey to finding myself while following Jesus.”