3-Yr-Old Asks Mom “You Know Why God Took So Long to Give You A Baby?”—And She Said “I Know Why” | God TV
Faith 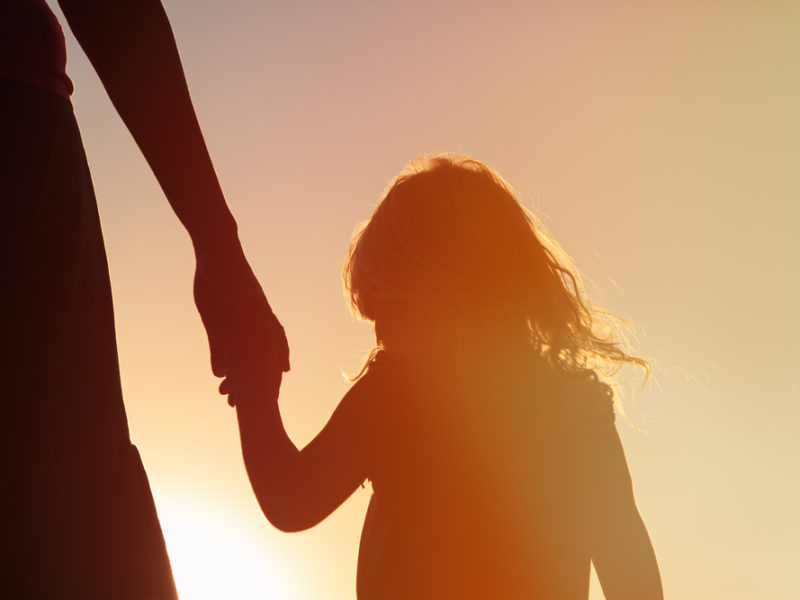 Oftentimes, the things God promises upon our lives do not come instantly. Every now and then we want to have things right away that we miss God’s purposes for such a season, which could also be the reason behind many struggles. Upon our impatience in waiting, we even reach the point of giving up on these promises.

Several years ago, Rebekah Fox struggled with the same thing. When she got married to her husband, Brandon, she was the happiest she had ever been – until they had a difficulty of having a baby. Rebekah found out she had infertility issues. Although sometimes she lost heart, she waited on God and stretched her faith in her barrenness. Then surprisingly, in 2013, God was faithful and gave her a beautiful daughter.

Today Rebekah’s daughter, Selah, is 3 years old. She shared a conversation with her little girl that powerfully changed her to the core.

One day as she was painting in the garage, and Selah was drawing a rainbow on the cement floor with chalk, out of the blue Selah said, “I’m glad God gave you to me as my Mommy.”

Rebekah wasn’t ready for it. “What?” she asked, making sure she heard her daughter right.

Selah tried to repeat it, but her words came out a little more awkward, and she said something like, “I’m happy you’re my mommy from God.” Tears filled Rebekah’s eyes.

Then Selah prayed, “God, thank you for giving my mommy to me. And thank you, she makes me breakfast. And thank you we’re going to make pumpkin spagotti (biscotti). I hope it tastes good. Do you think it will taste good, God?” Then she opened her eyes and went back to drawing her chalk mural.

Rebekah, still shocked about what her daughter did, asked herself,

“Where did that come from? She’s 3…and I didn’t know her little heart could hold such gratitude. Or that it would just burst out of her, during this subtle moment in the garage. Or that she would thank God, out loud, for me, right then.”

She was flabbergasted by her little girl’s actions that day since usually, Selah doesn’t even want to pray out loud.

She knew it was God. Selah felt something inside her, something beautiful. In her mind, Rebekah described it like this, “Her little heart can hold more love than she often knew. Her little mind…is not as little as I think it is. She thinks far beyond what I would expect.”

Then she responded with a smile to Selah saying, “Thank you, Selah. I’m so glad God gave me you as my daughter.”

“Did you have to wait a long time for me Mom?” she asked. Rebekah has already told her the story many times, but Selah wanted to hear it again.

“Yes, I asked God for a baby over and over again. But He didn’t give me one for a long time. And when me and Daddy found out you were in my tummy, we were so happy!” she replied.

“Do you know why God took so long to give you a baby?” Selah said.

That struck Rebekah. Her heart was melting and then she realized, “I looked into her deep blue eyes, that seemed to know something from another world, and her blonde, tousled hair rustled in the breeze. And in that moment, she seemed a thousand years old. “He was making me.” And that answer was enough. And my heart resounded with the truth of it, “Of course He was. Of course, that’s exactly what He was doing, dear one.”

Because now that I know her, and know how special she is — it only makes sense, that it took so long. I don’t know what God was doing with her up there. There is just something about her that seems as if she spent a long time on God’s chest before coming to mine. Almost as if heaven didn’t want to give her up.”

Rebekah writes these very words for the people who are suffering from the same infertility she experienced before:

“And I say this with tears, to you, barren ones…Who are waiting for your baby prayers to be Who are praying every day for God to give you a To give you life. I don’t know why it’s taking so long. I don’t know if He will give you a child through your womb, or through foster care, or adoption.

But either way…if you are waiting right now, and you don’t know why it’s taking so long. Maybe it’s God, the Maker Giver of Life and every living thing…is still in the process of making your baby. We can’t even begin to comprehend what is happening in the , in the unseen, and what, or who, He is forming. His ways are not like ours. His timing is not like ours.

And perhaps if He’s moving so slowly, and He’s taking so long…it’s because He’s forming something so breathtaking and beautiful…it cannot be rushed. He is in the process of forming a masterpiece. And maybe one day, a little masterpiece will stand before you and say, “I know why God took so long to give you a baby.” And you will say, “Why?” And they will say, “Because…He was making me.”

This article was written by Christel Berns Villariza of I’m So Blessed Daily. Christel is the page owner of God’s Masterpiece with over 200,000 followers. She lives to witness and declare God’s redemptive power to the people whom the world considers a hopeless case by walking in His love every day.

For just $100 per month you can bring the gospel to 10,000 homes. Join us as media missionaries! GIVE NOW
VIEW COMMENTS
« Friday’s Protest Could Lead to an Escalation Despite Lack of Interest from Israel and Hamas Woman Was About to Abort Her Baby When She Suddenly Bolted Out of the Clinic — Three Words Changed Everything »