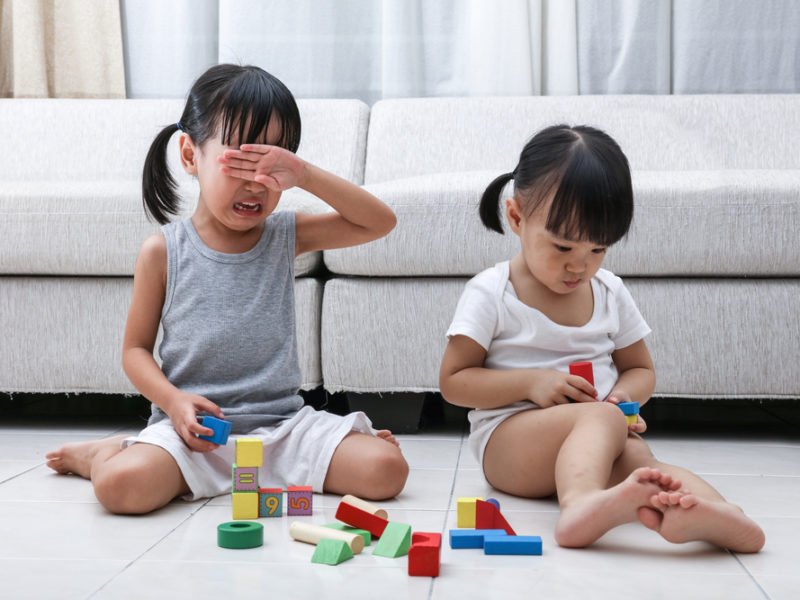 I have four siblings. Three amazing brothers and one precious sister. Our home growing up was exactly what you imagine: fun, loud, chaotic, competitive, and filled with laughter (or screaming depending on the day). There was truly never a dull moment, and with a lot of kids under one roof came a lot of different personalities. We had the comedian/class clown/mischiefmaker, the star athlete, the artist/creative mind,  the perfect student, and the never-do-any-wrong baby of the family. And all these personalities brought a lot of competition and the age-old sibling rivalry.

I see it in my own little family on a daily basis as well. Just the other day, we were swimming at our local pool and my middle son was digging in the sand. My youngest really wanted to use the shovel that the middle was using and the middle was just not willing to give it up or share.

So, the youngest followed him around nagging him until the middle finally relented. But, instead of just handing over the shovel, the middle guy threw it as far away from the youngest as he could.  He couldn’t just make it easy and give his baby brother what he wanted. He had to still hold some power over him and show him who was boss. Of course, I quietly reprimanded the middle guy and told him he needs to look out for the youngest. And throwing a toy far away from is not really honoring or loving him in the best way.

I think something sunk in because 30 minutes later when we were walking to the car, the youngest was shoeless. He was complaining that his feet were getting burned on the hot pavement. And the middle guy gave him his sandals right off his feet. Talk about selflessness, sacrifice, and love! I was very proud, and at that moment very much praised the middle guy for being such a loving, protective big brother. I am also not a fool and know there will be many more opportunities for sibling rivalry to persist on a daily basis. But all we can do at that moment is focus on the good, water it, and hope it grows into more positive sibling interactions. 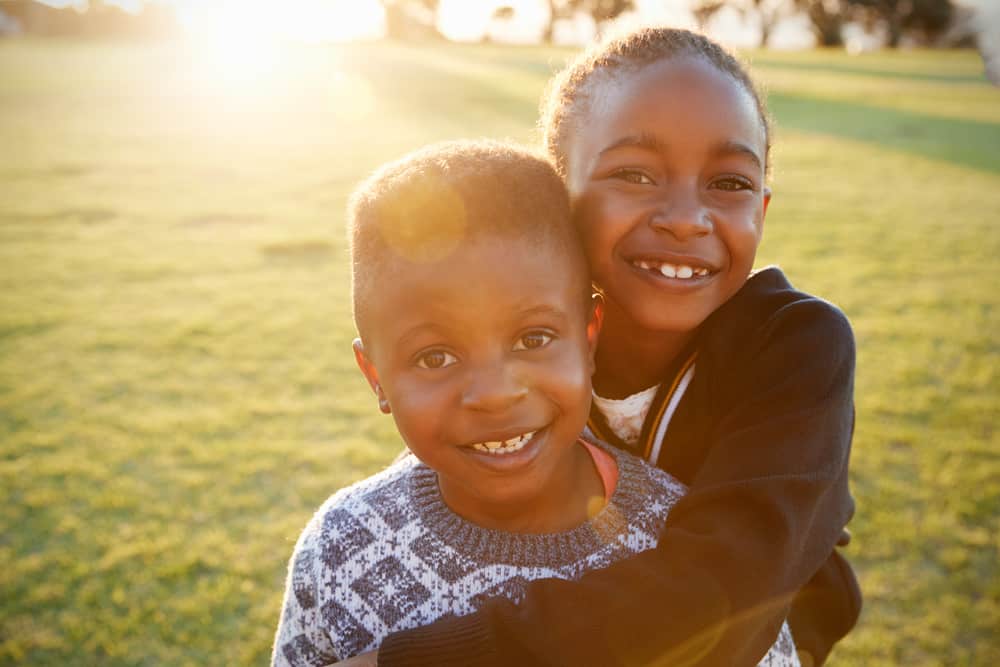 Sibling rivalry is normal. As humans, especially before our brains have fully-developed, we only focus on ourselves. We want to get our way and are not always willing to comprise our desires or what we think is best for ourselves. Until we are in Heaven with Jesus, we will always battle with our selfish desires.

After reading this article from the Not Consumed blog, I wanted to share these 5 great tips for addressing sibling rivalry.

During a sibling fight over a toy or a TV remote, the two suspects are always going to try and place blame on another person. Kim, of “Not Consumed” says, “Do NOT allow them to do this. It’s an age-old trick from back in the day of the garden. Adam blamed Eve. Eve blamed the serpent. The enemy has been using the blame game to lure us into sin and to destroy families for centuries. Don’t allow it.”

Instead, she advises asking each child what THEY could have done differently. Ask them if there was anything they did wrong in this situation and then focus on the question, “Is there anything they can do right now to solve the problem so it’s no longer an issue?” This encourages problem-solving and avoids always placing the blame on someone else. When a child learns to focus on the needs and desires of another person it fosters an empathetic mindset in their hearts.

2. Everyone Is Responsible For Sibling Fighting

“We must hold every child responsible for their part in the situation…” One kid might have hit back in self-defense because their sibling first hit them, but both are held responsible for handling the situation with violence instead of words. This is a big issue in our house.  Boys tend to be more physical, especially during conflict resolution, and I have three boys. There is often a lot of hitting, wrestling, you name it when trying to resolve an issue. But if both (or more) kids were involved then both need to be addressed for joining in on the fight.

3. Sibling Fighting Can Be Avoided By Removing The Problem

This is something I have to do all the time. The boys are fighting over a toy? Nobody gets it. The toy finds a new home on top of the fridge. “The Bible says that if your hand is causing you to sin, you should cut it off.”, Kim says. Although I am not going to cut off anyone’s body parts, I can remove the item causing the fight. When kids realize that NOBODY is getting the toy while it has its very own time-out, they realize they are going to have to learn to compromise and share if they ever want to play with it at all.

It is important to teach our kids that everything they are able to use belongs to the family, not just one person or child. Kim writes, “In fact, we don’t actually own ANYTHING. God does. If we are blessed enough to have possession it’s because God has already shared with us. How can we not share with others? We’ve been entrusted as the manager of this possession. We should teach our kids to be good stewards of that honor.”

God has blessed us with our toys, possessions, couches, cups, plates, blankets, TV remotes, etc. And we are called to share our gifts and blessings with others. When kids grow up and develop special interests of their own, they are allowed to have their own things but are still expected to share those things and gifts with those around them.

If you are getting heated in an argument or annoyed by someone or something, walking away always helps you keep your cool. The same with kids. If you notice that two kids are just having a rough time in each other’s presence, sometimes a little space is all they need. When my oldest was getting really angry at his younger siblings for being in his space, I used to send him to his room to read for 10 minutes to cool off. It always helped. He would emerge when his time was up and express that he felt better.

These 5 tips are not exhaustive, nor will they work all the time, every time. But they are some guidelines that have worked for others, and hopefully, help put some structure in place for you and your family. And remember, perspective is always important. “This too shall pass…” Focus on encouraging the positive interactions and the moments they honor their siblings without being asked…praise them and watch their love for each other flourish.

For just $100 per month you can bring the gospel to 10,000 homes. Join us as media missionaries! GIVE NOW
VIEW COMMENTS
« 4 Things To Do If You Can’t Hear God’s Voice Karen Clark Sheard Shares About The Gospel Group ‘The Clark Sisters’ Career Journey »