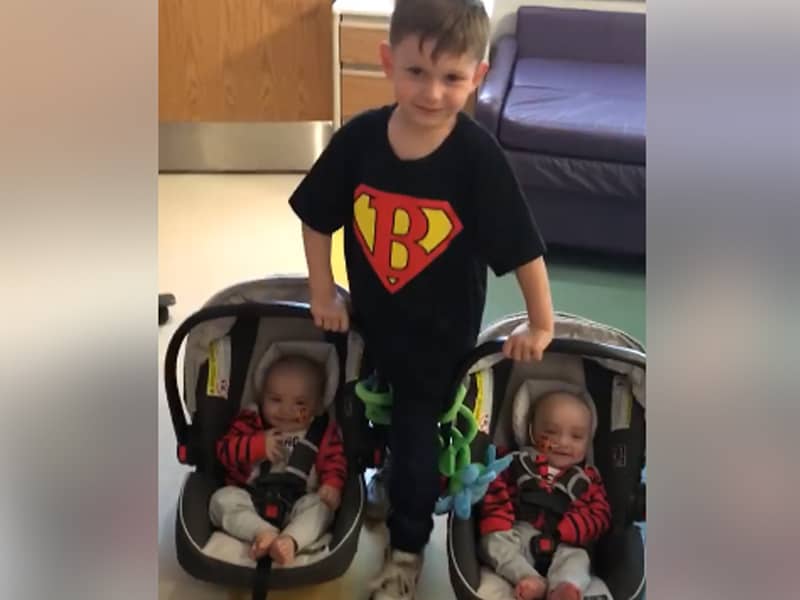 A 4 year-old boy is being hailed as a “superhero” for saving his twin brothers’ lives by undergoing a painful procedure… and he truly is.

Michael DeMasi Jr is an elder brother of twins Santino and Giovani who were both born with Chronic Granulomatous Disease (CGD). It is a primary immunodeficiency disease that increases the body’s susceptibility to infections caused by certain bacteria and fungi.

Granulomas are masses of immune cells that form at sites of infection or inflammation. It means that even a common cold could become life-threatening for the twins.

Robin Pownall and her fiancé Michael DeMasi were already familiar with the disease as their 9-year-old son, Dominick, also suffered the same disease. Dominick underwent a transplant and was considered to be cured. 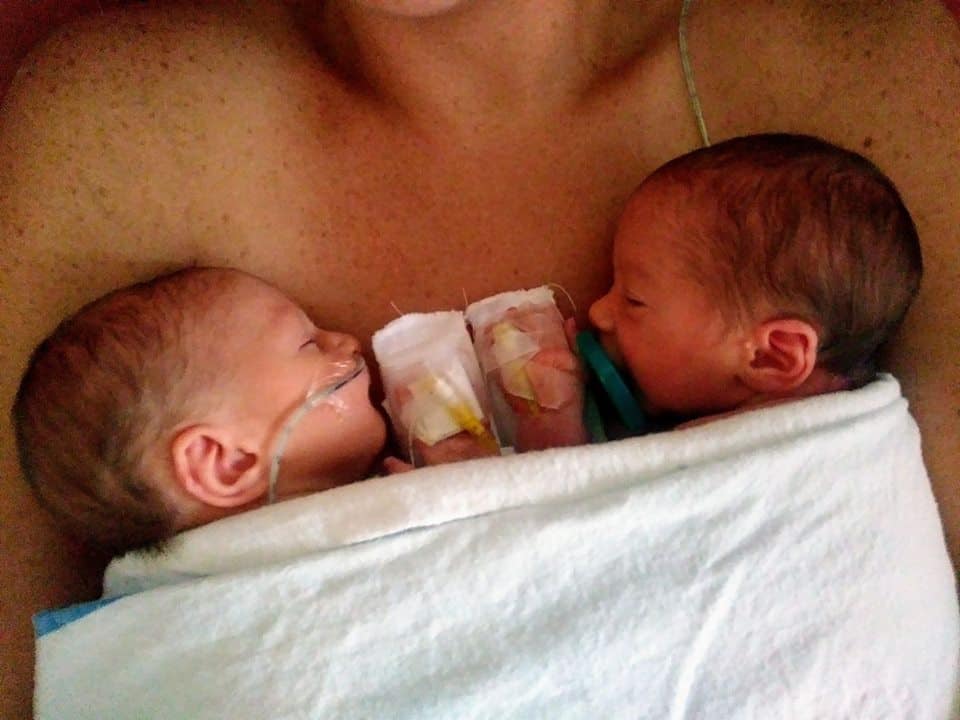 Upon discovering that the twins also had CGD, Michael Jr., was tested as a bone marrow donor and found to be a match. Robin immediately informed Michael about the news.

But Robin was worried about how painful and scary the procedure could be for him.

Michael was scared as anyone would be in the same situation, but he was determined to save his brothers’ lives. He asked his mom if his bone marrow would allow his little brothers to come home. Robin said yes and that was all the motivation Michael needed.

“He was all for it and we had a good feeling about it. It’s amazing — he’s so proud. Such a brave little guy,” Robin shared.

The bone marrow transplant went very well for both the twins and Michael. Michael is truly a superhero! If not for his courage, his brothers may have had a different story.

Share this story to bless others with Michael’s courage!