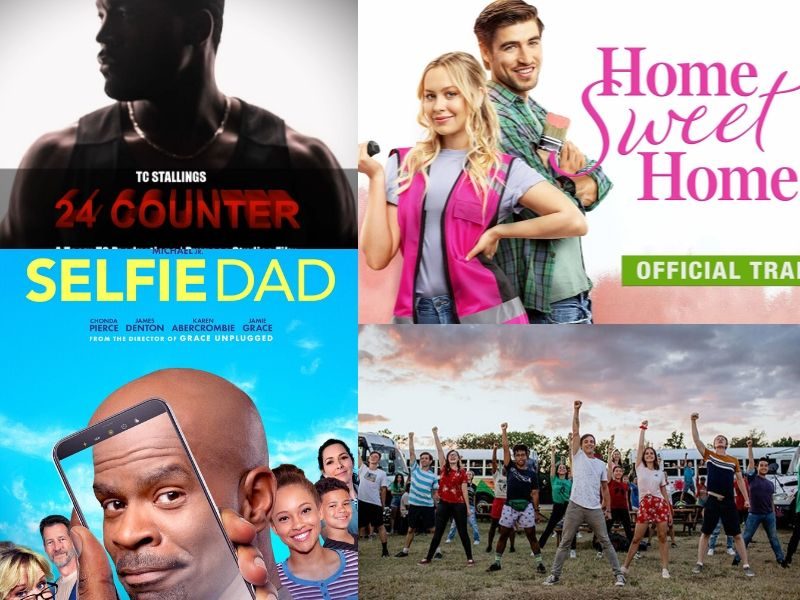 With the recent success of Christian films along the years, Hollywood filmmakers provides more faith-based content. The movie “I Still Believe”, even though it was released months ago, is still on demand in online streaming. It became No. 1 after it launched, garnering $9 million ticket sales. So, if you want more movies like “I Still Believe”, here are 5 Christian movies that will surely encourage and increase your faith to come out this summer and fall.

“Selfie Dad” stars comedian Michael Jr. set to come out this June 19, this film is just in time for a Father’s Day Tribute. The movie seeks to show the importance of having a godly father in a self-centered world.

Michael Jr. told Christian Post, “What better time than Father’s Day for your whole family to enjoy a fun and uplifting story of a dad disconnecting and reconnecting with his family.. because he reconnected with what matters most.”

Netflix proudly presents its first original faith-based musical. “The musical follows a troubled teen Will Hawkins (Kevin Quinn) who has a run-in with the law that puts him at an important crossroad: go to juvenile detention or attend a Christian summer camp. At first a fish-out-of-water, Will opens his heart, discovers love with a camp regular (Bailee Madison), and finds a sense of belonging in the last place he expected to find,” the synopsis reads.

The award-nominated documentary follows the life of former football player turned Christian actor, T.C. Stallings. He acted in a previous hit movie, “War Room”. The inspiring film will be available on demand June 30.

For viewers who love romantic-comedy genre, this movie is perfect for you. This film revolves around a flirtatious barista Victoria who thought Jason, a ministry head, can fill the void in her life.

Based on a true story, the film follows the journey of a human trafficking survivor towards the road of recovery and healing. The movie will be used for advocacies against human trafficking.

For just $100 per month you can bring the gospel to 10,000 homes. Join us as media missionaries! GIVE NOW
VIEW COMMENTS
« Amy Grant After Open Heart Surgery: It ‘Felt Miraculous’ Lauren Daigle Offers Virtual Concert For Patients And Staff Of A Children Hospital »