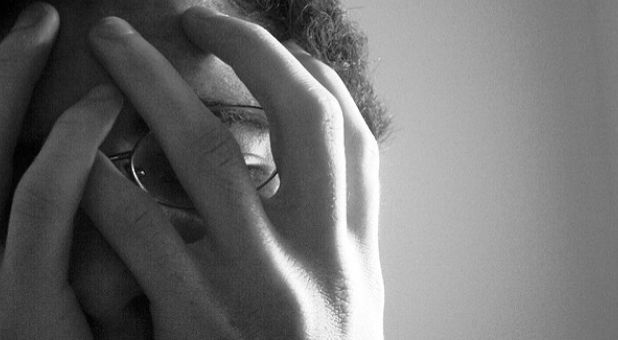 Like angels, demons are created beings. When Lucifer rebelled and was cast out of heaven, along with a third of the angels that followed his rebellion. Demons are fallen angels. They are evil spirits that work against God’s will. The late Derek Prince called them persons without bodies—and Jesus cast them out everywhere He went.

1 John 3:8b tells us, “For this purpose the Son of God was revealed, that He might destroy the works of the devil.” And Acts 10:38 says, “How God anointed Jesus of Nazareth with the Holy Spirit and with power, who went about doing good and healing all who were oppressed by the devil, for God was with Him.”

You can be demonized in your emotions, in your mind, in your body or your physical lusts. But how can you tell if you need deliverance? Read these five telltale signs of demonic oppression below, but remember—Jesus came to set the captives free.

1. You keep hitting the same wall. It seems like you get to a certain point in God and can go no further. Something is holding you back, and you don’t know what it is. You feel like you go around the same mountain over and over again and can never break through. You watch others pass you up in the spirit even though you are as gifted and work as hard as they do. You’re frustrated and upset, and you’ve done everything you know what to do, but you’re not growing in God.

3. You don’t see the fruit of Spirit in your life even though you try to follow after God. Galatians 5:18-25 says:

Now the works of the flesh are revealed, which are these: adultery, sexual immorality, impurity, lewdness, idolatry, sorcery, hatred, strife, jealousy, rage, selfishness, dissensions, heresies, envy, murders, drunkenness, carousing, and the like. I warn you, as I previously warned you, that those who do such things shall not inherit the kingdom of God. But the fruit of the Spirit is love, joy, peace, patience, gentleness, goodness, faith, meekness, and self-control; against such there is no law. Those who are Christ’s have crucified the flesh with its passions and lusts. If we live in the Spirit, let us also walk in the Spirit.

4. You see a pattern of issues in your family, whether disease, poverty, anger, divorce, sexual perversion or other issues. Numbers 14:18 tells us, “The Lord is slow to anger and abounding in mercy, forgiving iniquity and transgression; but He will by no means clear the guilty, visiting the iniquity of the fathers upon the children to the third and fourth generation.”

Pastor Larry Huch once told me:

5. You are sick all the time and the doctors find nothing wrong. You could be dealing with a spirit of infirmity. Luke 13:10-13 tells this story:

He was teaching in one of the synagogues on the Sabbath. And there was a woman who had a spirit of infirmity for eighteen years and was bent over and could not straighten herself up. When Jesus saw her, He called her and said to her, ‘Woman, you are loosed from your infirmity.’ Then He laid His hands on her, and immediately she was made straight and glorified God.’

Yes, demons can oppress Christians. But remember, you can repent, renounce and break free, in the name of Jesus!

For just $10 per month you can bring the gospel to 1,000 homes. Join us as media missionaries! GIVE NOW
VIEW COMMENTS
« Israel Busts Massive Drug Shipment in Route to Gaza 3 Practical Keys For Having An Encounter With God »