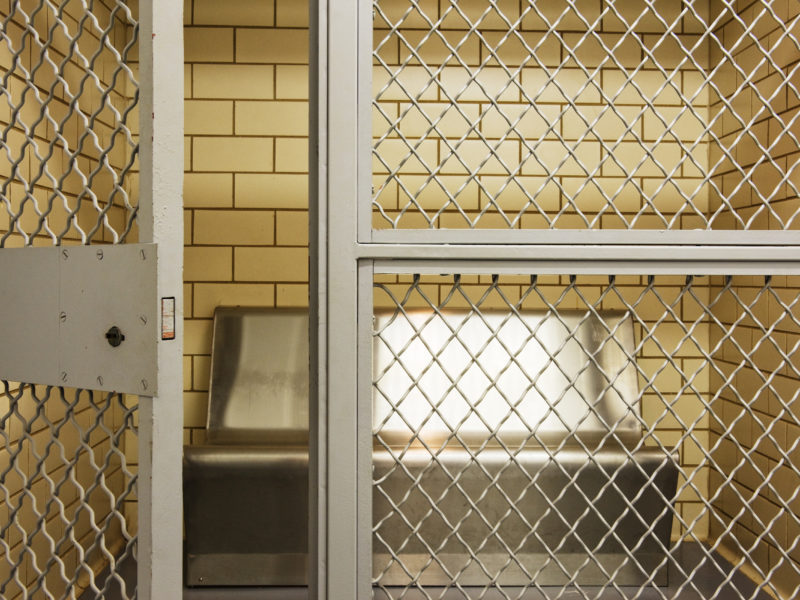 Six convicted terrorists have escaped from an Israeli prison. The six made their escape from Gilboa Prison in the north of Israel last night, Monday night, by way of a tunnel that they dug.

Like something out of a movie, such as Clint Eastwood’s Escape from Alcatraz, the men were somehow able to secretly dig a tunnel underneath the sink in their room without it being detected by the prison guards. Films of the tunnel shown on Israeli television showed that it connected to an underground opening through which the terrorists were able to escape to the outside.

The escape is especially disconcerting to the Israeli population right now as the country is about to celebrate the Rosh Hashana, New Year, holiday. It begins this evening and lasts for two days. Last year the country was under a nationwide closure due to the Coronavirus, so no one could travel. But this year the country is open and tens of thousands of Israelis are taking to the highways to visit family and friends over the holiday, or to just go to the beach and so forth.

A massive manhunt was undertaken as soon as the escape was uncovered. Israeli police, soldiers and prison service personnel were called in to search for the prisoners.

Israel Defense Minister Benny Gantz’s office said, “The defense minister ordered reinforcements to the border crossings and to the area around the frontier, while preparing to conduct whatever actions are needed to catch the terrorists, in close coordination with the Shin Bet security service and other security services.”

The escaped terrorists obviously pose a security concern. They are likely attempting to find their way into somewhere under the control of the Palestinian Authority where they can find protection and possibly, eventually, return to their terrorist activities.

But Northern District chief Shimon Ben-Shabo told the Israeli public that they need not cancel any holiday plan. “There is no reason to change your routines, but there will be large numbers of troops within the cities of Afula and Beit She’an and in other towns. I do request additional awareness of anything suspicious,” said Ben-Shabo said in a statement.

In the past hour, Israeli security officials said that they believe that the escaped terrorists split up and that two of them have already succeeded in escaping over the border into Jordan. The other four are believed to currently be located somewhere in the Jenin area in a place that is under the authority of the P.A. and not Israel.

The escapees include Zakaria Zabeidi, the former commander of the al-Aqsa Martyrs Brigades. The five others are members of Islamic Jihad. Three of the escaped prisoners were described by security officials as being of “high risk.”

Zabeidi was responsible for a number of terrorist attacks that killed innocent Israeli civilians. One such attack was the 2004 bombing in Tel Aviv that killed one woman and injured more than 30 . Zubeidi at one point was the de facto head of Jenin.

Two of the escapees are brothers, Mahmoud Al-Arida, 46, and Mohammad Al-Arida, 39.

Another escapee is 35 year old Eham Kamamji. In 2006 he murdered an 18-year-old Israeli from the town of Itamar named Eliyahu Asheri. Together with two accomplices, he kidnapped Asheri and then shot the boy in the head. When Kamanji was sentenced, he denied that this was murder saying, “The teen I murdered was not a boy. He studied in an Israeli Air Force military college. I will not be the first nor the last, so long as the occupation continues.”

For just $100 per month you can bring the gospel to 10,000 homes. Join us as media missionaries! GIVE NOW
VIEW COMMENTS
« Hitler Chose Him To Be His Soldier Before He Was Born, Now Jesus Sets Him Free United Hatzalah And IDF Homefront Command Train Muslim Jerusalem Volunteers In Earthquake Response »