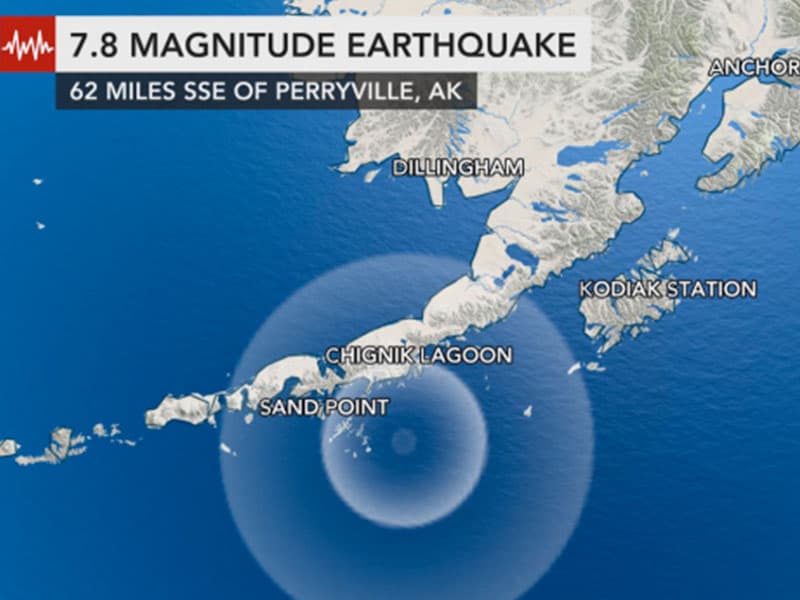 A 7.8 magnitude earthquake hit the Alaska Peninsula late Tuesday, but thank God there were no injuries nor significant damages reported.

The earthquake struck Perryville, Alaska’s waters at around 10:12 pm, according to the U.S. Geological Survey. It had a depth of 17 miles. Thankfully, it did not create a tsunami; but only “produced a wave of a less than a foot.”

A Kodiak Police Sgt. Named Mike Sorter told The Associated Press early Wednesday morning that there were “No reports of any damage.” More importantly, he added that “No injuries were reported. Everything is nominal.” 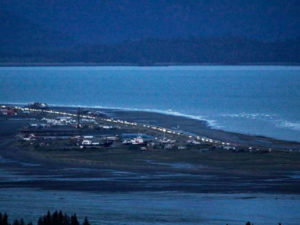 After the earthquake struck, the National Weather Service issued a tsunami warning. However, they canceled the tsunami advisory after they recorded a wave of only 25 centimeters in the community of Sand Point.

The senior duty scientist of the National Tsunami Warning Center said, “I might have expected a little bit more water, but I’m happy that there wasn’t.”

In a social media post, a video showed long lines of people evacuating from Homer and Kodiak while tsunami sirens wailed in the background.

Apparently, the recent quake on Tuesday was more powerful than the November 2018 quake in the Anchorage. It was a magnitude 7.1 earthquake that produced damage to the area.

West, the state seismologist said, “This earthquake released about 15 times as much energy as that earthquake.”

According to the center, more than 24,000 earthquakes have already been recorded in Alaska since the year started. It is because “Alaska is the most active seismic state.”

In 1964, it was also the Alaska-Aleutian Trench that stirred a magnitude 9.2 quake. The center deemed the 1964 earthquake as the second most powerful that struck the trench. In the past, the powerful quake resulted in widespread damage and killed 131 people.

But thank God that today, the strong earthquake never caused injuries nor significant damage in the Alaska Peninsula.