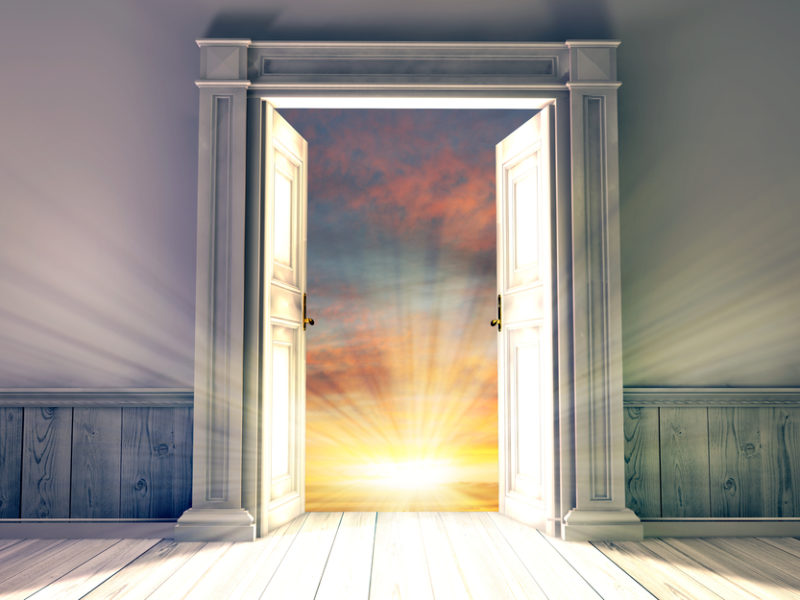 Introduction:
There are times in our lives when God reveals and entrusts such precious and powerful things to us that we are left almost speechless. The vision below was one of those moments for me and my husband.

This vision came in March of 2009 during an extended time of prayer and fasting for the Body of Christ, America, and Ministry. I believe it to be as alive today as it was the day I experienced it.

Following is the account of the vision, almost word for word what I (Cindy) saw and spoke as the vision unfolded. At the end of the vision Jesus spoke a closing word to me to give to His Church. I pray as you read this today that the Holy Spirit will reveal His plans and purposes for His Church in these last days.

As the vision began I saw myself standing beside Jesus. I never saw His face throughout the vision, only a side view of Him. He was wearing a white robe and there seemed to be so much peace and purpose as He moved. He had a set of keys in His hands and I knew He wanted me to follow Him, He had something to show me. Although I did not hear Him verbally speak I knew His thoughts and even His emotions.

Keys and Doors for These Last Days
I see Keys and Doors for these last days – Jesus is holding the keys and is getting ready to unlock and open up these doors. As they are opened, many end-time things will be released – into His Body, into the Church, and into the earth. Things behind these doors have been hidden and locked away for a special day, for an appointed time, for this time. (Since He showed me one door at a time, I believe each will be released progressively.)

First Door: Supernatural Swords
I am seeing the Lord unlocking one of the doors, He opened it up and inside I see swords, lots of swords. I see Him taking out the swords, then handing them out to certain people in His Church. They’re not normal swords, they’re like supernatural swords that carry a great power when they’re wielded, and used – almost like the Excalibur sword. Because it will be the Sword of the Lord, the Sword of the Spirit – there’ll be a special mantle, anointing, and empowerment in these. The Lord has determined who He is going to give these swords to – these swords are especially for use in the last days. These swords were very big and beautiful. (Note: These Swords represented the Word of the Lord, the prophetic word spoken and released over His Church and into the earth in these last days). Heb. 4:12; Eph. 6:17; Isa. 55:10-11.

Second Door: Angels on Assignment
Jesus then went to the next door. He unlocks and opens it up and I see angels, many angels. These are angels released to carry out specific assignments in these last days. As He opened it, the angels seemed to move quickly towards the door – hastening to carry out their assignments. He’s opening up that door – it’s time. (Note: He has shown us this before that He would be sending Heavenly hosts, and messengers for important purposes in these last days, as He did during key times in Biblical history). Psa. 103:20; Heb. 1:14; Matt. 13:41

Third Door: All Consuming Cleansing and Purifying Fire
Behind the third door that He’s unlocking and opening up, there’s a fire. He’s opening up the door and as He does I see Him stepping back and the fire leaps outside of the door and seems to consume everything, like a wild fire – but it’s a cleansing fire of God. It’s an all consuming, cleansing and purifying fire that is going to the Church. The flames are leaping high, like something that has been contained and wants out, and has been held back for the right time. I could see and feel the intensity of it. Malachi 3:2-3; 1 Cor. 3:13; Heb. 12:28-29:

Fourth Door: Great Healing of Body, & Unity
Then, I see another door, and it represents healing. When He unlocks it I see healing. It seemed strange, but I saw many body parts – arms and limbs. I believe this does have to do with supernatural healing and miracles, but in the big picture – I believe it primarily represents a complete healing and restoration in the Body of Christ. Healing of the members of His Body, a unity, and completeness that He will bring by the power of His Spirit.
Mal. 4:2; 1 Cor 12:12; .John 17:20-23.

Sixth Door: Fishing Nets for the Harvest – Souls of mankind
He’s unlocking with the key the next door. Inside are nets, fishing nets. I see Him taking them out, it seemed He was inspecting them first to see if they were strong enough, then He handed them out. These nets are for the souls of humanity – the harvest. I see lots of nets, all different sizes, some very big, some very small, some medium sized.

I see these nets being ministries of all different sizes, what they have been entrusted with, big or small, all working together and doing their part. I see all of them bringing in the harvest. (Note: From the moment Jesus unlocked this door, I sensed a tenderness, this was a very special moment for Him. This is the reason He came, to rescue souls, this will be the reward of His sacrifice. I will not forget this moment myself, as I was greatly moved.) Matt. 9:37-38; Mar 1:17; Acts 13:47.

Seventh Door: A Crown, Scepter, and Robe
The final door, inside of it is a crown. It’s huge and heavy, very heavy and made of pure gold.
The Crown represents kingship, leadership, and authority.
Jewels in the Crown – they represent the wealth of the nations.
Inside is also a Scepter and a Robe.

The Robe is red and represents righteousness, and the blood of the Lamb.
The Scepter represents ruling over the nations.
(Note: This door can be interrupted on many different levels and timing, according to Holy Scripture – one being the Millennial Reign of Christ spoken of in Revelation 20). Rev. 20-22; Isa. 60; Rev. 5; Matt. 25:21.

Rainbow of Promise and Glory from First to Last Door

Then I saw a rainbow, it began at the first door and saw it stretching over all the doors, ending at the final door. This rainbow represents the promises and the glory of God. (Ezekiel. 1:28)

As I saw this I heard the Lord say…
“I am the First and I am the Last.
I am the Beginning and I am the End.
I’m the Alpha, I am the Omega.
And I am watching over My Word, My promises – to perform them in the earth.
I cannot lie.

Tell My people – their redemption draweth nigh.
Tell them – there is much work to do.
Tell them – it’s time to report for duty.
The orders are waiting to be handed out – waiting to be delivered.
Tell them to come to Me.
I will cause them to hear and see what I am about to do.

It’s time to disarm the enemies of My Church.
It’s time for them to tremble in the earth.
And they will as I raise up My Church.
All of hell will tremble.
For My Church will resemble Me – My Body in the earth – Rising up as My Glorious Church.”

Yes, and Amen – Glory, Honor, and Power to Him who sits on the throne forever, and ever!

“To them God willed to make known what are the riches of the glory of this mystery among the Gentiles: which is Christ in you, the hope of glory.” (Colossians 1:27)

Do you want to walk in the prophetic? The gift of prophecy is not reserved for an elite group of Christians! Learn more: Basic Training for the Prophetic Ministry E-Course (digital download) featuring Kris Vallotton from Bethel Church in Redding California.

For just $100 per month you can bring the gospel to 10,000 homes. Join us as media missionaries! GIVE NOW
VIEW COMMENTS
« Brexit – Are We Nearly There Yet? Michael Ketterer Testifies of the Grace He Felt When He Brought Simon Cowell to Tears »