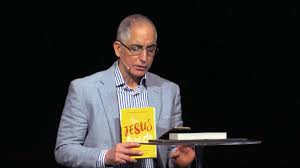 The Lord Jesus Christ was the most excellent motivator and example of living a purposeful life that the world has ever seen! Since He is the living Word of God, He lived by the scriptures (John 1:1). This is why all the greatest books on leadership and management operate with latent biblical principles, whether intentional or not.

The following seven principles are some of the primary ways Jesus empowered and released purpose.

Instead of just giving the answers to life’s questions, Jesus demonstrated that the best way to teach people was to ask them questions. He asked over three hundred questions and answered only three (read Jesus is the Question by Martin B. Copenhaver). When we allow people to answer questions, it reveals how much they know. Asking questions is one the best ways to see what is really in people’s hearts. Asking questions brings people into the process of discovery that enables them to remember and learn better.

2. He had goals and objectives.

If a person has no specific goals or outcomes, they will never know if they have succeeded or not. If a person has no vision or mission, they are clueless and have no idea what their final destination will be. In contrast, when Jesus began His ministry in Nazareth, the first thing He did was announce His vision statement, which was found in the prophet Isaiah’s words (Luke 4:18, Isaiah 61:1-2). Furthermore, Jesus operated with objectives and goals, which enabled Him to fulfill His mission and vision with a daily understanding of what, when, and how to function (Luke 13:32).

3. He invested his time with those who bore fruit. The Pareto principle teaches us that eighty percent of the work done is accomplished by only twenty percent of the people in any given church or organization. That being said, Jesus was wise and only invested most of His time with disciples, who bore much fruit, instead of with the crowds. (John 15:1-7 shows that He expected His followers to bear much fruit if they abided in Him.) Even though the Pareto theory was not yet written, Jesus knew that He would get the most results from pouring into a few rather than focusing on the many. Although He ministered to the crowds, the gospels clearly show

that He invested most of His time first with His twelve apostles and then the seventy disciples (Luke 9:1, Luke 10:1).

Jesus did not like superficial religion. He attacked religious leaders who misrepresented His Father’s heart (Matthew 23)! He insisted that religious leaders allow God to first cleanse the inner man before focusing on outward rituals and religion (Matthew 23:26, Mark 7:15). Jesus also taught that religious tradition often nullifies the word of God (Mark 7:13). Since He confronted superficial religion instead of placating it, He was able to raise powerful men of God who demonstrated the truth with powerful preaching replete with signs and wonders (Acts 3, Acts 6-7).

When Jesus was with Pilate, He confessed that the primary purpose He had was to be recognized as the King (John 18:37). He was not afraid of offending those loyal to Ceasar (which is the main reason why He was crucified). Jesus understood that people’s loyalty had to be shifted to another King (himself) if a transformational change would occur. Furthermore, He told Pilate that the power of His Kingdom did not emanate from Rome but from His Father (John 18:36). He did not say that His kingdom is not in this world, but that it was not of this world!

6. He was motivated by compassion.

Jesus did not heal merely to demonstrate His lordship, but because He was moved by compassion (Mark 1:41). He was great because He had empathy and a connection to the pain of those around Him (Hebrews 4:15). Any leader without strong feelings of love for his people will not be motivated to serve and release them to greatness.

7. He was willing to die for His purpose.

Life is not worth living if there is no transcendent purpose worth dying for! Jesus not only believed in His mission but was also willing to die to fulfill it (Hebrews 12:2). Consequently, He instilled and inspired such passion in His followers that most of the original twelve apostles died a martyr’s death while preaching the gospel. Indeed, the seed of the early church was the blood of the first and second-century church. Even today, two thousand years later, thousands of Christ-followers continue to die for the

Because of Christ, which is the main reason why Christianity became the largest and most formidable movement in the history of the world!

For just $100 per month you can bring the gospel to 10,000 homes. Join us as media missionaries! GIVE NOW
VIEW COMMENTS
« Want To Share Your Faith But Don’t Know How? From College Drop Out to Christian Hip-Hop’s Rising Star »