7 Reasons Why the USA has Cut Aid to Palestinian Refugees 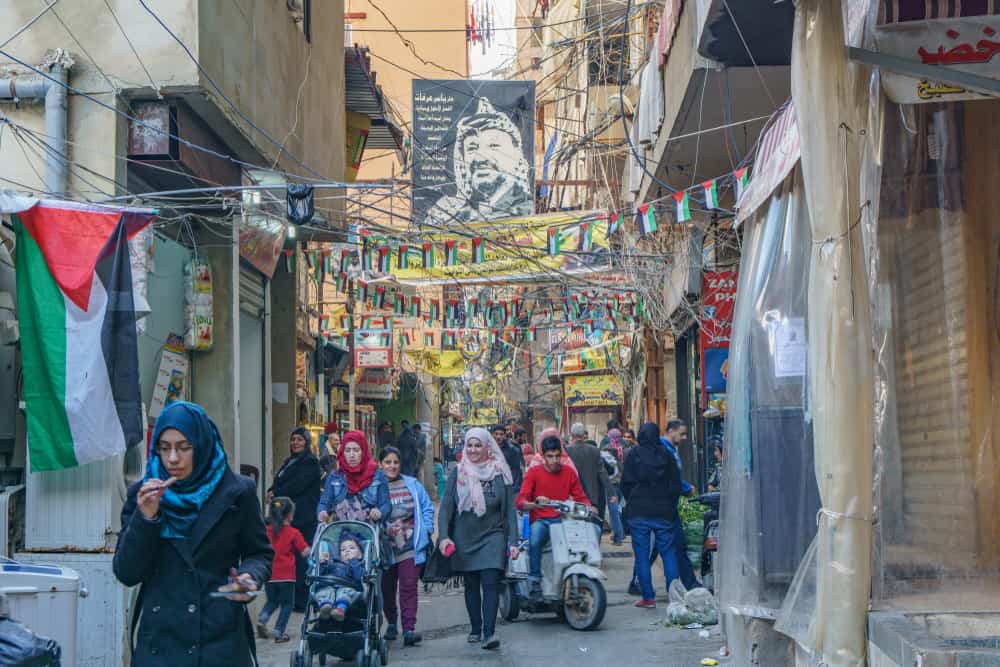 Usually the term ‘refugee’ applies to the temporary displacement of a person forced to leave their home, during a time of war or upheaval, until they are resettled. Unfortunately there is a large group of people today who still consider themselves as refugees even though 70 years have passed. These are the Palestinian Refugees who left their homes in 1948 when the State of Israel came into being.

Over seven decades they have rejected all offers of resettlement and continue to hold on to their refugee status and what they call ‘the right of return’. Their cause has long been upheld by the United Nations Relief and Works Agency (UNRWA) funded mainly by the USA. Although America has given some $5 billion to UNRWA it will no longer contribute towards the agency. According to a BBC report today, the US State Department has announced it is ending aid to UNRWA as it is ‘”irredeemably flawed”.

Photo: Palestinians walking under a poster of PLO Leader, Yasser Arafat in the Sabra and Shatila refugee camp in Beirut Lebanon. (3 February 2018) [ShutterStock]

7 Reasons Why the USA has stopped financing UNRWA

UNRWA is not the Solution

“Established for the exclusive benefit of Palestinian refugees, UNRWA has, instead of resolving their problem, done everything in its power to perpetuate it. Instead of peace and coexistence, it teaches hatred and incitement. Instead of fighting terrorist organizations, it collaborates with them,” concludes Ron Prosor, former Israeli Ambassador to the UN and the UK.

“As someone who has worked toward UNRWA’s closure for years, I am glad Washington finally gets it. Responsibility for the Palestinians and the UNRWA budgets could be transferred to the UN High Commissioner for Refugees, which looks after the rest of the world’s refugees and, unlike UNRWA, works towards solving the refugee problem.”

This article expresses the writer’s opinion and does not necessarily reflect the views of GOD TV.  Please share your views on the Palestinian Refugee issue in the comments section below.