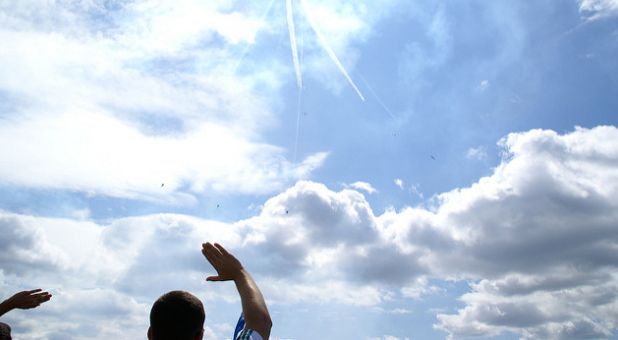 Angels are ministering spirits sent to serve the heirs of salvation (Heb. 1:14). Angels help us, protect us, send messages to us, unfold revelation, guard us and more. Angels are all around us. Additionally, the Lord has released the angels of abundant harvest.

I’ve been studying angels more and more. While God must remain the center of our focus—we need to study His will, character and ways—we’d be foolish to ignore what the Bible says about angels.

Here are seven truths we need to know about angels at a time when the Lord has released the angels of abundant harvest:

1. Angels obey the Lord’s commands, not ours.

I hear many, especially spiritual warriors, commanding angels. I cannot find in Scripture anywhere we are to command angels. Psalm 91:11 (AMP) says, “For He will command His angels in regard to you, To protect and defend and guard you in all your ways [of obedience and service].” And Psalm 103:20 says, “Bless the Lord, you His angels, who are mighty, and do His commands, and obey the voice of His word.”

2. Angels have a free will. Like humans, angels are not robots.

We know that one-third of the angels followed Lucifer (Satan) in his insurrection and were cast of heaven with him. Jude 6 (MEV) tells us plainly, “Likewise, the angels who did not keep to their first domain, but forsook their own dwelling, He has kept in everlasting chains under darkness for the judgment of the great day.” Angels choose to serve the living God, just as we do.

In Matthew 18:10, Jesus said: “See that you do not despise one of these little ones. For I say to you that in heaven their angels always see the face of My Father who is in heaven.” Angelic activity in the New Testament era was common. When Peter was released from prison (by an angel) he came knocking on the door where intercessors were praying for his release—but they didn’t believe when he actually showed up. They said, “It is his angel” (Acts 12:15b). The Bible says angels are ministering spirits to those who inherit salvation (Heb. 1:14).

Luke 20:36 says, “For they cannot die any more, for they are equal to the angels and are the sons of God, being sons of the resurrection.”

Although God is our fortress, our strength and our deliverer, He can choose to send angels with deliverance assignments. Psalm 34:7 bears this out, “The angel of the Lord camps around those who fear Him, and delivers them.”

6. Angels can speak with a loud voice.

Revelation 7:2 reveals, “And I saw another angel ascending from the east, having the seal of the living God. He cried out with a loud voice to the four angels who had been given power to harm the earth and the sea …”

2 Samuel 14:17 says, “So, your servant thought, ‘May the word of my lord the king provide rest. For like the angel of God, my lord the king discerns good from evil. May the Lord your God be with you.'”

These are only some of the many truths about angels and angelic beings. The Lord releases angels to accomplish many assignments, including bringing in harvest. We’ll continue our study on angels in the weeks ahead.

The Lord has released the angels of abundant harvest.

Read also: Join GOD TV In Praying For Those Affected By COVID-19, Sign Up To Pray Now!

For just $100 per month you can bring the gospel to 10,000 homes. Join us as media missionaries! GIVE NOW
VIEW COMMENTS
« How Big Is Your God? Coronavirus And The Blood Of Jesus »