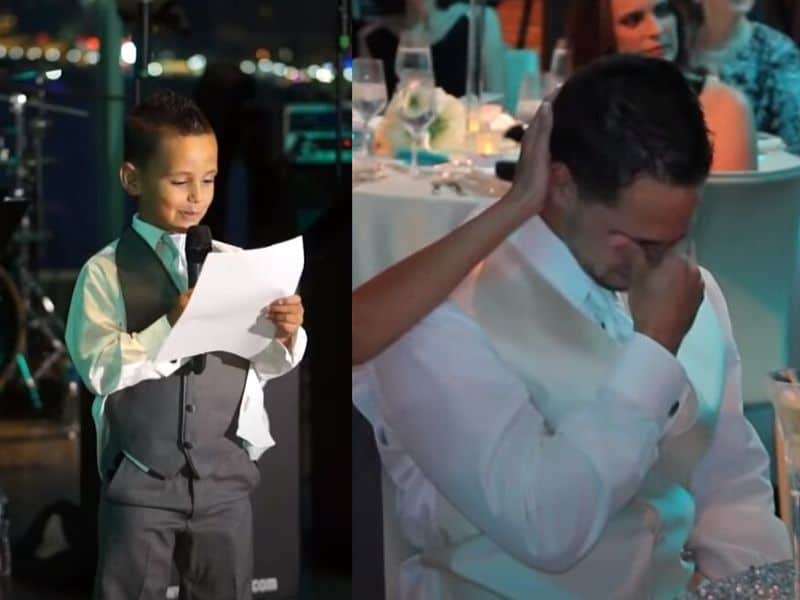 Unlike any other weddings, Nick del Bono chose his 7-year-old son to be his best man and he was amazing!

Lauren del Bono shared a video of her step-son confidently giving a best man speech at their wedding in 2014. The video immediately went viral as the 7-year-old captured the hearts of many.

She wrote, “Watching my step-son Vincent grow up right before our eyes has been more than a blessing, yet I wish time would just slow down. But then there are moments where time stops. This was one of them. Vincent, his dad’s best man not only nailed his speech, but exactly 9 months later… he got exactly what he wished for, a baby brother.” 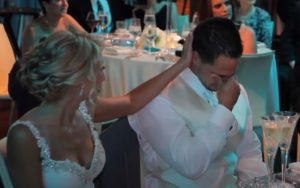 The video started off with Vincent describing himself not just his dad’s best man but also a ladies-man which brought laughter to the guests.

“My dad is my best friend and I’ve been holding to him my whole life… Sometimes, I even think he looks like a superhero. Whether my dad is a real superhero or not, he is my superhero.”

He continued, “He can’t fly or anything but he has superpowers. He takes care of me when I’m sick.. reads me stories every night before bed.. taught me how to ski.. taught me how to throw a baseball.. teaches me how to have good manners.. He’s at every single game of mine and he can always make me laugh. But most of all, he loves me.” 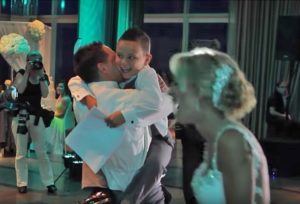 Vincent’s way of honoring his father moved Nick to tears.

Watch the full speech below:

BEST Best Man Speech ever! and by a 7 year old