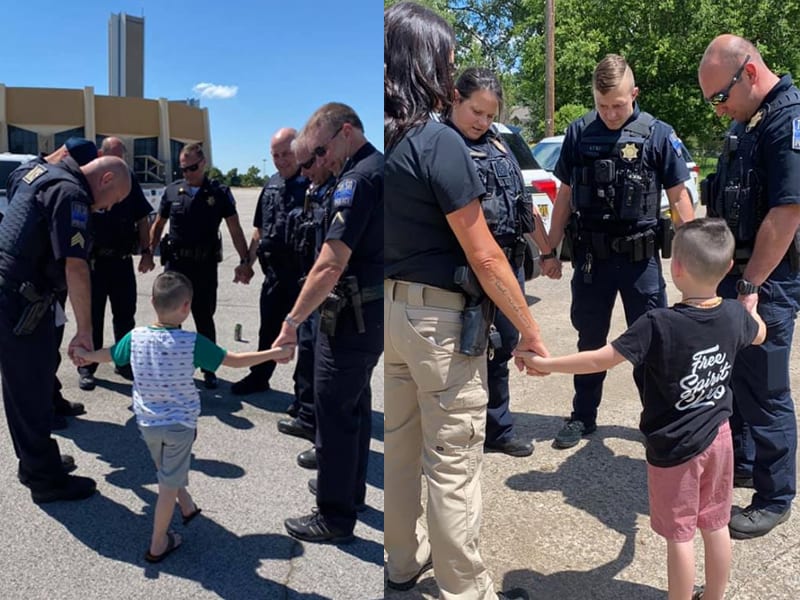 Trey Elliot is on his mission of praying for every Tulsa police officer amid the protests. It all started when his mother Brittany Elliot helped with a community event in the area. It was when Trey felt the conviction to pray for the police. 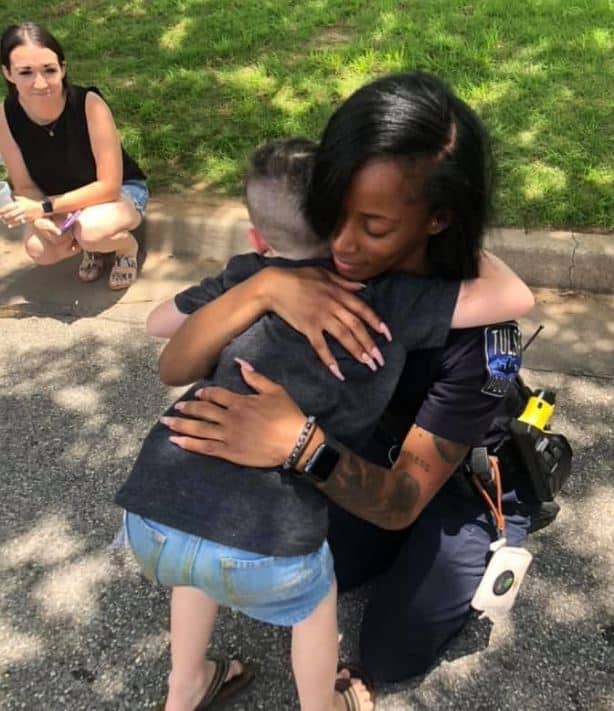 Brittany captured the touching moment in a photo and uploaded it on Facebook where thousands more were inspired by Trey’s faith.

“The current state of our city breaks my heart into so many pieces. But this little boy restores it every time,” she wrote on her Facebook post. “Today Trey (7) asked to pray for officers in the Tulsa Police Department. So that exactly what he did. This boy laid his little hands on officers to show them that we love and support them.” 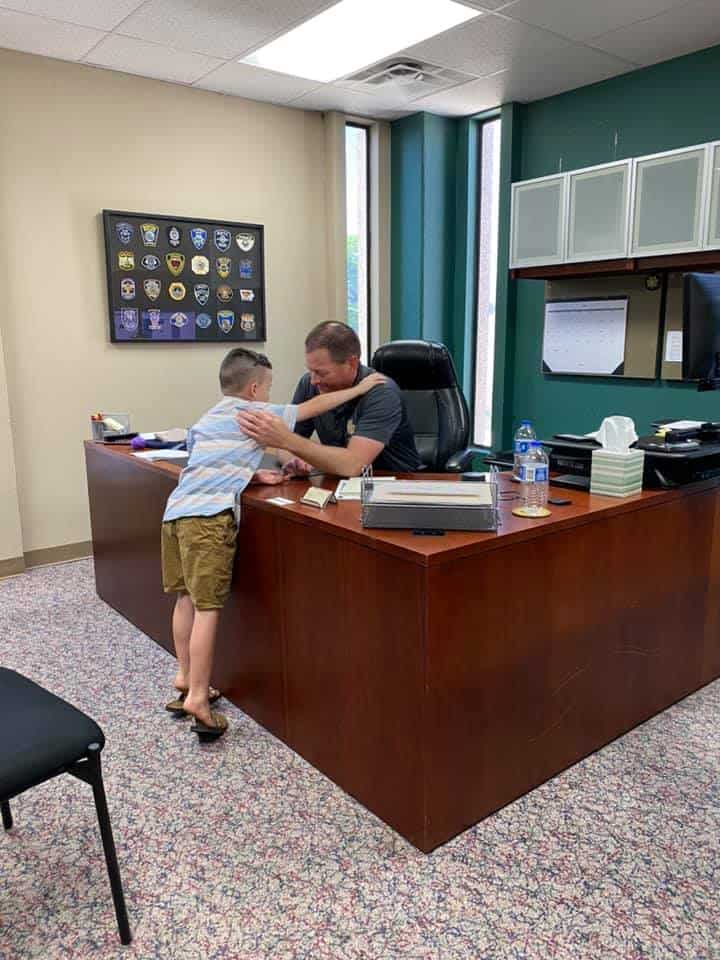 This simple act of faith of a little boy is speaking a powerful message to everyone amidst the crisis that the nation is facing.

“If these pictures shows you anything. Let it be to pray for those around you,” she added.

Trey’s goal is to pray to every police officer in the Tulsa Police Department. He now has prayed for over 80 cops within his neighborhood.

“Trey prayed for our community, police department and me today,” Tulsa Police Department Chief Franklin wrote on his Tweet. “It was an honor to meet this young man involved in his own mission to bring our community together. He is that mustard seed planted which yields a tree used by all.”

Reference: 2 Works For You Tulsa