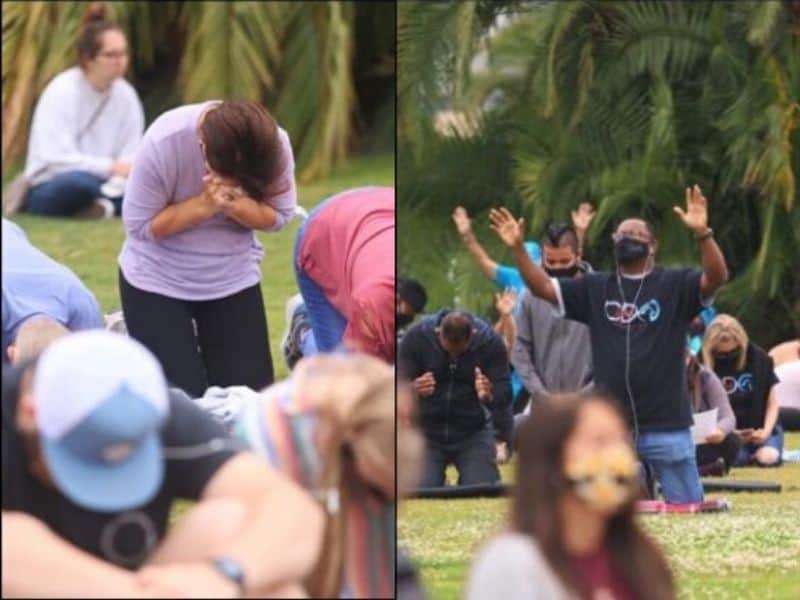 7,000 Christians filled the streets of San Diego praying for their nation, America.  While 8,500 people tuned in the online broadcast services amounting to more than 15,000 crying out to God. 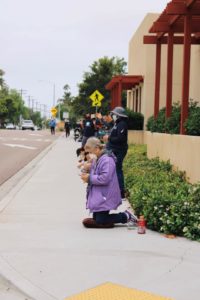 Pastor Miles McPherson took prayers as his weapon in battling against chaos and political confusion in the country. The senior pastor of Rock Church based in San Diego gathered his members and partnered with other 135 churches and 148 pastors leading to start a movement called “We Pray San Diego”.

In the streets of San Diego

On June 20, the gathering flooded 11 locations in the city, including San Diego, Oceanside, San Marcos, Carmel Mountain Ranch, Chula Vista, Spring Valley, San Carlos and Santee. Prostrating, lifting their hands and kneeling down before God, it literally pictures a city on its knees.

For one hour, they sang praises and laid hands for prayer to strangers. Together, they all cried out for healing, peace, joy and unity to pour out in the community.

“We just want to bring the love of God and the power of God in every community in San Diego and all the people to bring us all together,” McPherson said.

He added, “God can heal all of the unrest. He can bring good out of evil and good out of pain. We’re going to see, I believe, a transformation of San Diego and our country as we go through this.”

Moreover, McPherson preached in the intersection of Lincoln Park. He highlighted the importance and power of prayer. The park where rival gangs clashed is now called “the four corners of life”.

One country under God

He expressed his thanks to all who joined as he believes the event a success. And he looks forward for the fruit of their prayers. “We look at our country and it’s obvious that we messed it up and it’s time for us to say, ‘God, we’re going to surrender it to you,’” he said.

“As long as it’s us versus them we’re going to have conflict and division. It’s supposed to be one country under God and we need to start living that out and learn how to serve one another and love each other instead of everyone fighting for their way, and I pray that this will be the start of that.”