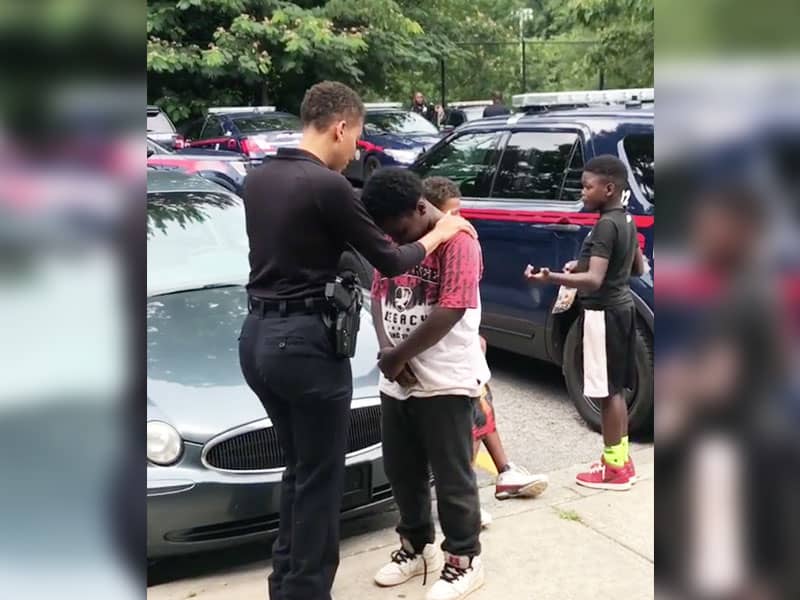 An 8-year-old boy approached a police officer because he wanted prayer,  and it’s inspiring many people.

In 2017, a Christian lady shared a video on Instagram of an officer praying for a young boy in a parking lot. The Atlanta police officer was Danielle Ognelodh. Apparently, the 8-year-old kid first approached her and told her he wanted prayer. So, without hesitation, she gladly prayed for him. 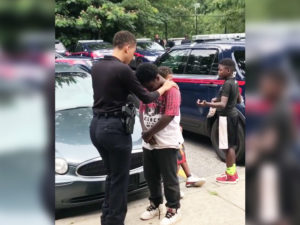 Danielle placed her hands on the boy’s shoulders and began uttering a prayer. That’s when someone recorded the heartwarming moment on camera.

In the Instagram post, Danielle quoted in the caption Psalm 127:3, “Behold, children are a heritage from the Lord, the fruit of the womb a reward.” And also, Proverbs 22:6, where it was written, “Train up a child in the way he should go; even when he is old he will not depart from it.”

Later on, Officer Danielle revealed the prayer she uttered for the little guy. The young boy apparently wanted prayer because of their community’s challenging and difficult moments. Hence, she prayed for safety and protection not just for him, but for the whole community.

The heartwarming moment blessed thousands that several users commented how it brought them to tears.

Moreover, another user commended Officer Danielle for her faith. User Leroy wrote, “Keep it up woman of God. If we get more people like you policing these streets, the world will be a better place.”

Five years have passed, and the video is still blessing many people. Perhaps it’s a constant reminder for every believer to continue being the salt and light of this world. That in every difficult situation, prayer is the best way to deal with it. It’s never an option, but the only way.