BREAKING
Bennett Coalition Government Collapses, New Elections On Horizon—And The Return Of Netanyahu?
Rooftop “Glamping” Pops Up In Israel
“Steph Curry Is Copying Me… Again…With A Hebrew Sweatshirt”
STAND WITH UKRAINE
Home Articles 8-Year-Old Girl Walks Up To Police Officers To Pray For Them 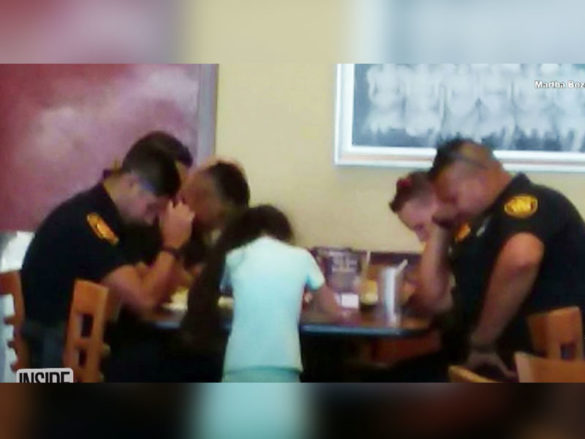 An 8-year-old little girl approached a group of police officers in Texas to pray for them. She then soon discovered that they really needed prayer as they were mourning the loss of a fellow officer.

Every day, the lives of police officers are at risk. They are often the unsung heroes who protect the people and face challenges on a daily basis to preserve the peace and order. 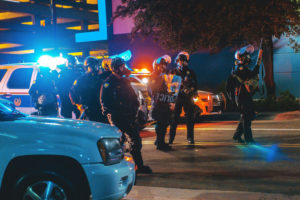 Photo by AJ Colores on Unsplash

According to Faithpot’s report, “the number of cases of officers getting fatally shot in the line of duty” has risen. For that reason, they really need our prayers, especially since they are exposed to hostile conditions every day. That’s why a group of police officers were deeply moved when one little girl offered her prayers.

A photo of an 8-year-old girl from San Antonio, Texas, praying for cops in 2017 is still touching hearts today. The little girl boldly went up to the table of these police men who were having a meal together at a restaurant. She offered to pray for them and eventually discovered that they were mourning the passing of a fellow officer. 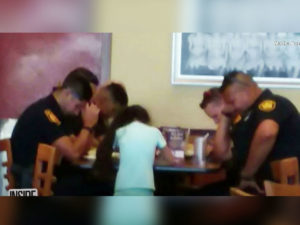 The 8-year-old who displayed the love of God was Paige Vazquez. In an interview with Inside Edition, she revealed why she did it.

“I always pray for people, police officers, because I know they have a rough time sometimes,” she remarked. “Sometimes a little prayer can make someone’s day. So, I decided to do that just in case they’re having a rough day.” 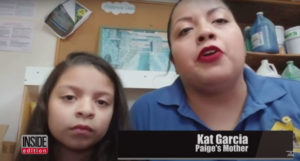 And Paige was right as the cops were indeed having a rough time, mourning for the loss of a colleague.

For the 8-year-old, praying and blessing others is a passion.

“You should always pray for someone no matter what,” she said. “Don’t be afraid to talk about Jesus because it might just brighten someone’s day and someone might do it for you too.”

Reference | Faithpot and Inside Edition