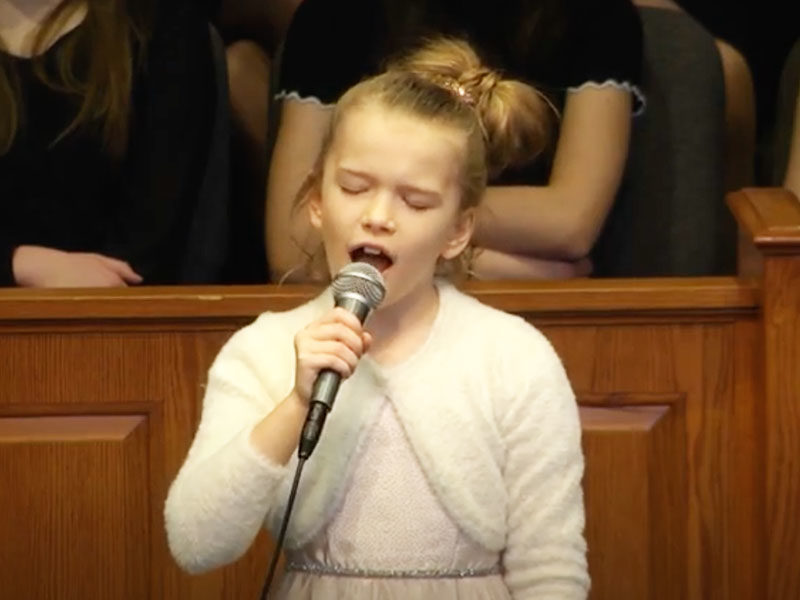 An 8-year-old girl sang Lauren Daigle’s biggest hit song “You Say” with such a pure voice in front of a crowd loudly cheering for her!

Janelle Rose Trofimchik was 8 years old when she met Lauren Daigle. Apparently, during the Christian artist’s Look Up Child Tour at Paramount Theater Seattle, Lauren invited two young girls onstage including Janelle. Then she asked them to sing any song they wanted to sing. 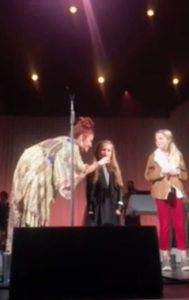 The 8-year-old sang the singer’s very own song “You Say.” When Janelle started to sing the first lines of the song, the crowd loudly cheered in adoration. Meanwhile, Lauren can be clearly seen fascinated with the little girl watching her sing. She continued singing until Lauren’s band joined and played for her in her own key.

After singing, Lauren, in her amazement hugged Janelle and jestingly said, “Oh my gosh. I think Jesus is just having a field day.” It’s beautiful how Lauren gave an opportunity for this sweet girl to perform with her onstage. And thousands were touched by her performance.

A user on YouTube wrote, “That just made me tear up so much! Children are God’s little earth angels!”

Another said, “She has a lot of potential! Very good job!”

Weeks later after that moment, Janelle once again sang in front of a congregation. With her pure voice, wearing a white and pink dress, she did it again!

Today, she is 9 years old and still fond of Lauren Daigle’s songs. Recently this year, she sang the singer’s “Come Alive (Dry Bones)” song in front of a congregation again.

Janelle truly represents the heart of a child—so pure and innocent. It reminds us when Jesus said in Matthew 19:14, “Let the little children come to me, and do not hinder them, for the kingdom of heaven belongs to such as these”

Indeed, a bright future is yet to unfold in this little girl’s life. But for now, listen to her wonderful singing!

For just $100 per month you can bring the gospel to 10,000 homes. Join us as media missionaries! GIVE NOW
VIEW COMMENTS
« Israel Bombs Iranian Targets In Syria, 5 Killed – Report Several Hundreds Worshiped God And Were Baptized In The Streets Of Wisconsin Amid Violent Riots »