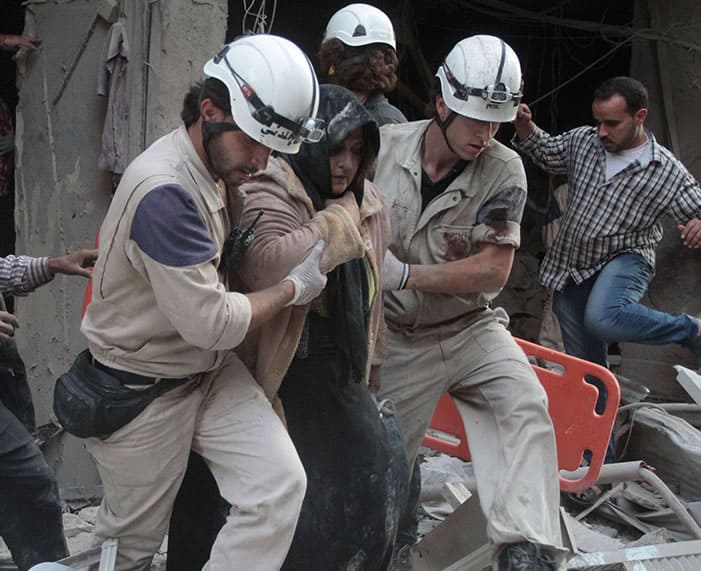 The operation was carried out following requests by the United States as well as several European countries asking Israel to act swiftly to rescue members of the organization and their families. The international community feared that the return of the Syrian Army to the region would put them in immediate danger, as the White Helmets are a rebel organization, opposed to the regime of Syrian President Bashar al-Assad.

According to the German tabloid Bild, the operation commenced at around 9 pm on Saturday night, when White Helmet members and their families arrived at an agreed upon crossing point adjacent to the Israeli border. The IDF opened the gates and helped load the fleeing Syrians onto busses, which then took them to Jordan, while also providing medical care and handing out food and water. By sunrise, all 800 Syrians had been successfully evacuated.

“The transfer of the refugees via Israel was carried out as an unusual humanitarian gesture, and they were transferred from Israel to a neighboring country,” the IDF Spokesperson’s Unit said in a statement, adding that Israel “does not intervene with the inner-fighting in Syria, and continues to see the Syrian regime as responsible for all actions within Syria.”

Mohammed al-Kayed, a spokesman for the Jordanian Foreign Ministry, added that the operation was approved and carried out due to “purely humanitarian reasons,” adding that the refugees will remain in a closed camp within Jordan, where they will wait to be relocated to Western countries. Al-Kayed said that Britain, Germany and Canada have pledged to resettle the refugees within three months.

The operation followed an IDF announcement last Wednesday that the IDF’s Bashan division had carried out six special operations over the past two weeks to transfer food and supplies to makeshift refugee camps along the Syrian border. Thousands of Syrians began amassing on the border, with no access to food, water or electricity, following a massive Syrian military offensive in the Daraa province that began in early July .

The IDF said it had transferred a total of 72 tons of food, 9,000 liters of fuel, and 70 tents, as well as clothing and medical supplies.

“The IDF will continue to monitor the events in southern Syria, and is prepared for a wide range of scenarios, including granting the Syrians humanitarian aid,” an IDF statement read,  adding that “the IDF will not allow the entry of Syrians into Israeli territory, and will continue to maintain the security interests of the State of Israel.”