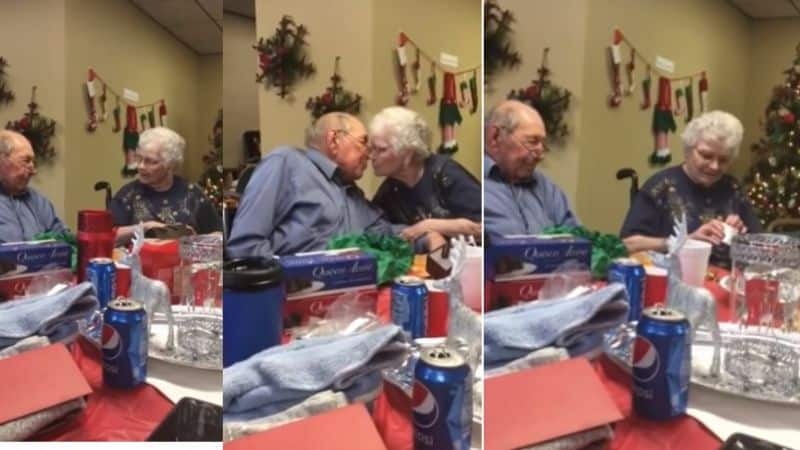 This 88-year-old loving husband surprises his wife with a beautiful gift in this heartwarming video. 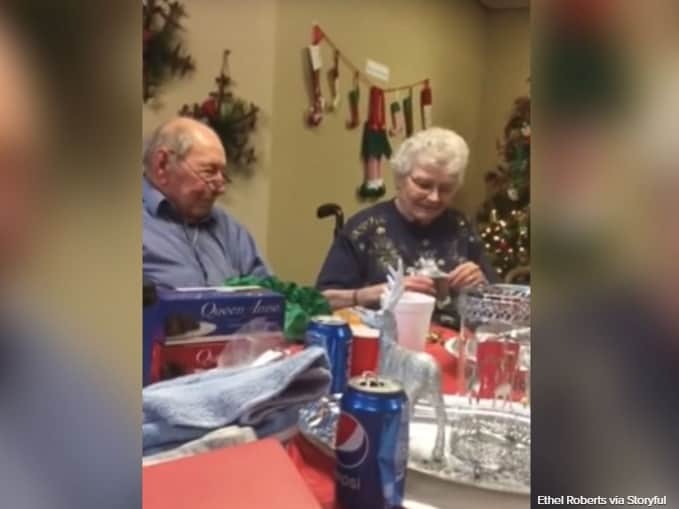 Don Johnson, an 88-year-old man from Illinois, gave a sweet surprise to his 85-year-old wife, Pat.

On their 67th anniversary, Don showed how much he still loves and adores his wife by giving her a diamond wedding ring after she lost her original one in a nursing home.

“There wasn’t a dry eye in the room,” their daughter, Diane Hawkins tells.

Diane shared the story behind her mother losing her wedding ring in a nursing home.

Her mother, Pat, recently fell and injured her left hand, and because of the injury, her hand swelled and she had to take the ring off. She put the ring in a jewelry box inside her dresser but it later went missing…

But on their 67th anniversary, Don bought her another diamond wedding ring and a wedding band!

The whole thing was captured on video and it has gone viral. It’s beautiful to see the two share so much love for one another.

“I don’t think this was purchased at the dollar store; they don’t wrap up like this,” Pat Jokingly said in front of her family, including six of their seven children.

When Pat saw the gift, she broke out in happy tears.

“Love is patient, Love is kind, It does not envy, it does not boast, it is not proud, It does not dishonor others, It is not self-seeking, it is not easily angered, it keeps no record of wrongs. Love does not delight in evil but rejoices with the truth. It always protects, always trusts, always hope, always perseveres. Love never fails” (1 Corinthians 13: 4-8)