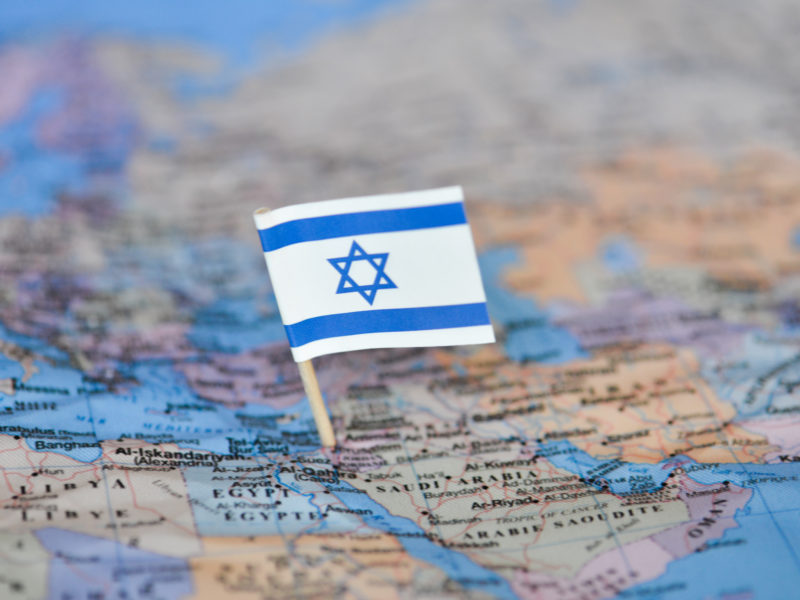 Israel this week welcomed its 16,000th Oleh (immigrant) to arrive during 2020, 24-year-old Simcha Brodecki who made Aliyah with Nefesh B’Nefesh and another 90 new Olim, as the country celebrates its National Aliyah (Immigration) Week.

Three flights landed at Ben Gurion Airport this week with Olim hailing from 14 US states and three Canadian provinces, ranging from young students to retirees.

The Jewish state this week celebrated Yom HaAliyah, which acknowledges Aliyah as a core value of the country and celebrates the contributions of immigrants to Israeli society. Yom HaAliyah began as a community movement in 2012, and in 2016 the Knesset officially added it to the national calendar and certified educational agenda.

Simcha Brodecki, from New York, is a musician who grew up in a musical home. At a young age, he was part of a Jewish choir and has collaborated with Israeli singers as a director of a production company. His musical talent has led him on a path to fulfilling his musical dreams in Israel, where he is planning to reside in Jerusalem and continue creating Israeli music.

The 90 new Olim are starting their new lives all across Israel from Katzrin in the north to Beer Sheva in the south, including Tel Aviv, Jerusalem, Herzliya, Raanana and Haifa.

In 2019, Israel enjoyed an unprecedented increase in Aliyah, and a record for the past decade was set with 35,000 new immigrants who arrived.

Some 16,000 Olim have come to Israel from 85 countries since the beginning of 2020, despite the Coronavirus (COVID-19) pandemic.

Rabbi Yehoshua Fass, Co-Founder and Executive Director of Nefesh B’Nefesh, said that “in these challenging times, we continue to be amazed by the resilience of today’s Olim, and consider it an incredible privilege to be at the forefront of Aliyah assisting them to continue to build and develop the modern-day miracle of the State of Israel.”

“Aliyah to Israel is a blessed miracle and there is nothing more exciting than meeting new Olim when they step off the plane onto the Land of Israel.  No one can remain indifferent to the pure joy on the faces of each and every Oleh,” said Chairman of the Jewish Agency for Israel, Isaac Herzog. “This is a wonderful moment that warms the hearts of all, especially as the State of Israel marks Aliyah Day.”

Since the beginning of April 2020, 1,877 North Americans have made Aliyah.

In addition, 5,500 Aliyah applications have been submitted and over 15,000 people have contacted Nefesh B’Nefesh for Aliyah information. Since March 2020, Nefesh B’Nefesh has hosted a total of 71 online events, in comparison to 27 in 2019, marking 153% increase, and 10,500 participants attended its online Aliyah informational events, in comparison to 1,953 in 2019, marking a 537% increase.

Since Israel’s establishment as a State, about 3.3 million immigrants immigrated to Israel, about 44.3% of whom immigrated from 1990 onwards.

The Jewish state is expecting a quarter of a million Olim in the next 3-5 years, Herzog told the Knesset’s Immigration and Absorption Committee in August, a wave of immigration following the global COVID-19 crisis.

For just $100 per month you can bring the gospel to 10,000 homes. Join us as media missionaries! GIVE NOW
VIEW COMMENTS
« Love Turned Inward Is Lust. Lust Is A Spirit. When Health Center Closed Because Of Lockdown, This Medical Intern Took Charge Over Birthing Mother »