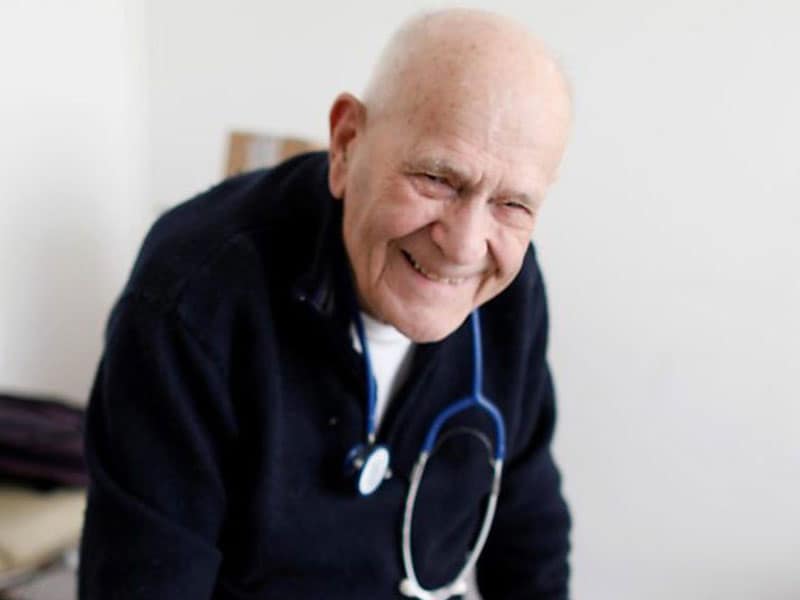 A French doctor who is nearly 99-years-old is still putting his life on the line to treat patients in the midst of the coronavirus global pandemic.

Dr. Christian Chenay is France’s oldest doctor. He served for 70 years and even treated typhus sufferers during World War II. Even today, he continues to help people. That’s what he did when the COVID-19 broke out in the “forgotten” suburbs of Paris.

According to a report in Aljazeera, the 98-year-old’s decision to keep working despite the pandemic is partly due to “France’s shortage of local family doctors.” The veteran doctor is in a low-income Paris suburb of Chevilly-Larue. The suburb has a population of 19,000, with only three doctors. 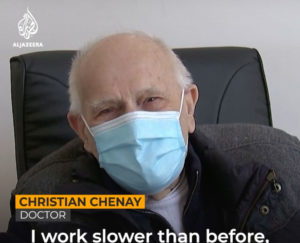 France is considered to have “one of the world’s best healthcare systems.” However, the country lacks general practitioners. Hence, Dr. Christian’s waiting room would always be so full. Some patients would even travel from distant areas as early as 4 am to secure their priority number.

“I’m almost 99 years old, I should reduce my activity for many reasons,” the doctor said. “I work slower than before, I have to take care.”

Further, Dr. Christian explained, “We have a disease that is very contagious, that hasn’t affected a lot of people yet. We feel powerless. We don’t have a treatment.”

Then he added, “We don’t have the possibility of isolating people, we don’t have the means of knowing who’s sick and who’s not. I was in contact with quite a few sick people who were probably positive. It would be surprising if I wasn’t positive too, especially as I had the symptoms for a while.”

Dr. Christian disclosed as well as how he had to end face-to-face appointments to undergo quarantine. He was isolated after he began showing symptoms of COVID-19.

“I had to give up, I had no protection,” he said. “I would not have been doing a service if I had stayed open, I would have been a virus hotspot, a center of infection, it’s impossible.”

Now, after his self-quarantine, he continues to work in helping fight the coronavirus. Dr. Christian holds virtual consultations over the phone and the internet.

“I’ve seen the typhus epidemic coming back from the war, there were very few that caught it amongst the caregivers, we had masks, we were really shielded, we were really covered, we actually had gas masks,” he said.

“It was difficult to live through, but we didn’t catch the illness, and we isolated the sick, thank God we had a treatment.”