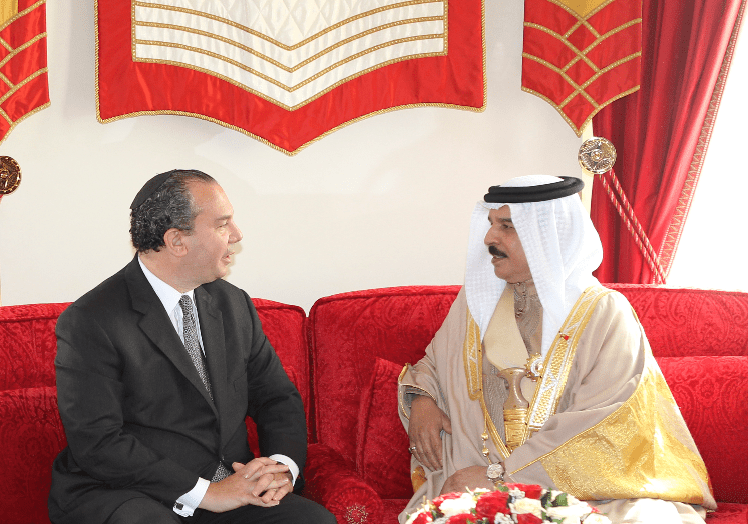 Known as “The Rabbi in the Gulf”, Marc Schneier is a central figure in interreligious dialogue and Muslim-Jewish relations. The Modern Orthodox Rabbi from New York is the founder and serving president of the “Foundation for Ethnic Understanding,” a New York-based NGO.

Founded in 1989, the organization, originally had the aim “to rebuild the historic Black-Jewish alliance in the United States.” In the past fifteen years, it has focussed on building global Muslim-Jewish relations.

Schneier has worked towards this aim throughout the world and has particularly focussed on the Gulf States. Since 2018, Schneier has taken his Hampton congregation on trips around the world to foster Muslim-Jewish understanding.

TPS spoke to Rabbi Schneier about his latest trips, the implications his work has for Israel, and his outlook on Israeli relations with the Gulf States.

TPS: Your latest trips have seen you take your congregation to Oman and Azerbaijan. Why did you choose these destinations?

Marc Schneier: This is our second mission. The first one was to Bahrain in 2018 where we were guests of the King, whom I have served as a special advisor. Now we want to continue the momentum. We want to Expose Jewish-American communities to these countries and vice versa. I pioneered Muslim-Jewish relations, particularly in the Gulf.

With 30,000 Jews living in the country, Azerbaijan is extraordinary in terms of interreligious dialogue. Azerbaijan also has a strong relationship with Israel.

Oman is the only Gulf state to have hosted [the late Prime Minister Yitzchak] Rabin and last year welcomed Prime Minister Netanyahu. We want to learn about Oman’s position within the Gulf.

My work acts as a reminder that Muslims and Jews share a common faith and fate.

What have the responses to your trips been?

People are absolutely thrilled. I’m well-known, many journalists call me the ‘Rabbi in the Gulf‘. One of my objectives is to inspire other congregations and Jewish organizations to follow suit. The more engagement we can facilitate, the better. I am looking to accelerate this process of reconciliation.

What are the implications of your work for Israel?

I have always embarked on an inter-faith journey, with a particular interest in the flourishing of relationships between the Gulf States and Israel. Today I find a very positive situation. The King of Bahrain tells me he is relishing the day he will establish relationships with Israel.

The Emir of Qatar told me: “With our wealth and Israel’s brainpower we can establish the most powerful region in the world.”

We see the region opening up. It’s been remarkable, extraordinary and I’ve been on this journey from day one.

In the early years, I would hear comments from interfaith-leaders: “We have nothing against Jews, our issues are with Zionists.” I no longer hear this. I have made clear that asking Judaism to break with Israel is like asking Islam to break with Sharia or Halal. I really hit this home. There’s now recognition of what Israel means as a Jewish home.

Which developments have led to these changes?

Iran plays a major role, of course, in pushing Gulf states closer to Israel. Then there are various economic incentives.

There is a keen desire amongst the Gulf States to get closer to the United States, closer to the Trump Administration. They see Israel as a vehicle for doing that.

Where would you like to take your congregation next?

I would love to go to the Kingdom of Saudi Arabia, and Qatar, they are on my bucket list. I’m frequently there but I would like to take my congregation.

What are the benefits of taking your congregation on these trips?

These missions have an impact on my congregation. Here in New York, there is a big buzz in the Jewish community, many people are talking about us. That is an added bonus for me.

What are your plans for the future?

We are trying to pave the way for others. This is an ongoing journey. The wonderful news is that this journey has begun, I have personally contributed to it.

We are doing these projects on a grassroots level throughout the world. Looking at where we are was unfathomable 5-10 years ago.

For just $100 per month you can bring the gospel to 10,000 homes. Join us as media missionaries! GIVE NOW
VIEW COMMENTS
« UN Ambassadors Visit Southern Israel to See Hamas Terror Up Close Be True To Yourself »