BREAKING
Lay Aside The Old Self
Ben And Jerry’s Staying In Israel, But Founders Aren’t Doing The “Chunky...
Israel Has a New Prime Minister
STAND WITH UKRAINE
Home Articles A Father And Daughter Brings Smiles As They Dress Up Each Day To Throw Trash 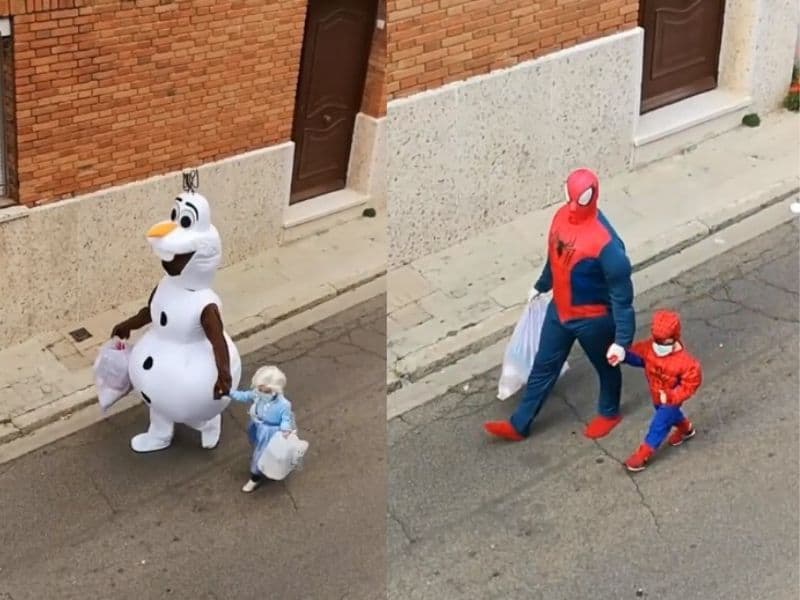 A father and daughter from Spain have brought smiles to the neighborhood as they dress up each day when taking out their trash. They parade their costumes during their walk from their house to the garbage bin.

While Spain was under lockdown because of the coronavirus, Jaime’s neighborhood was anxious and feared for their lives. To help ease the negative tension, the fun-loving father resorted to his creativity. He took advantage of the only time he can go out  and wear funny costumes every time he takes out their trash.

When neighbors caught onto his antics, they would go to their windows and take pictures of Jaime’s get up. His commitment to make them smile surely did not fail. Over the next few weeks, they would watch out for Jaime, looking forward to what he would wear next.

One day, he became a robot. The next day, he transformed as an invisible man. And then, a zombie. Finally, he turned into a house. Every day was different.

Of course, he did not create his costumes all on his own. He had his daughter help him with his daily wear.

The day came when the government finally allowed children to go out from their house. Jaime quickly took the opportunity to bring along his little assistant in his fun part of the day. Below are their grand outfits for the duration of their journey.

On the last day of their parades, some local emergency workers rewarded Jaime’s daughter with a goody bag as a token of their appreciation.

This was indeed a fun memory to share during the crisis.