A Five Guys Manager Did The Extraordinary For A Sick Customer 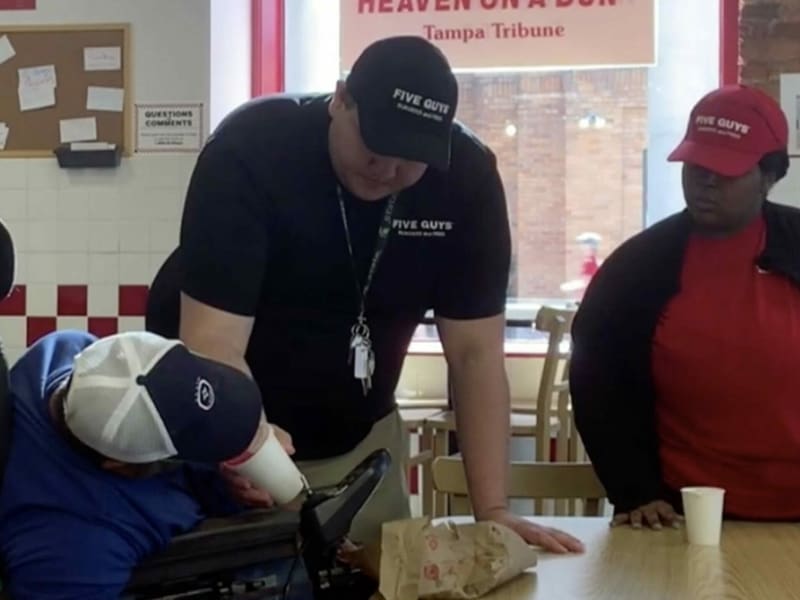 A Five Guys Burgers And Fries manager did the extraordinary after a sick customer walked in the restaurant. 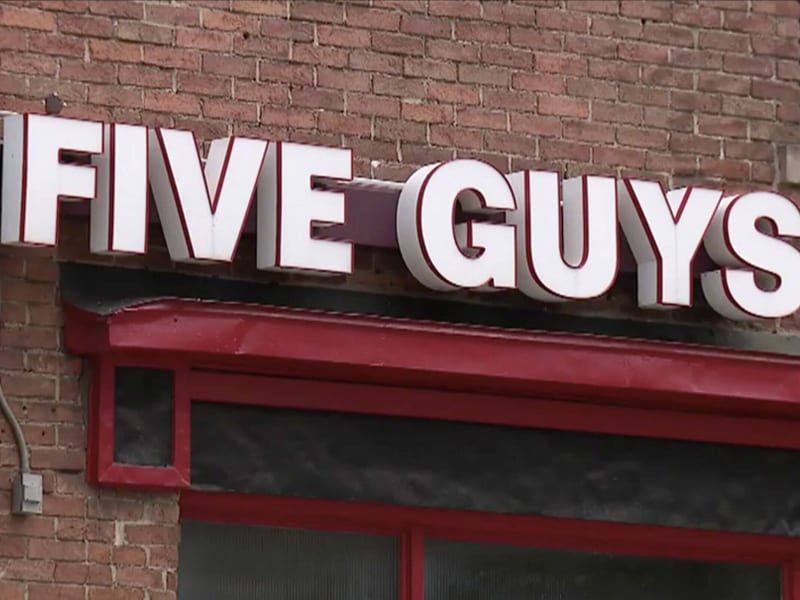 Justin Hollon, a franchise General Manager, seemed to be having a normal day when Leonard, a frequent customer, walked in. Leonard was in a wheelchair when he entered Five Guys in Greektown, Detroit. Justin noticed that the customer was not feeling well and that he was having a hard time placing his orders.

“This time when he came in, he was having trouble ordering, saying he was sick,” Justin said.

Justin was filled with compassion for his customer and felt it on his heart to do something extraordinarily kind. He decided to gift Leonard a meal for free.

“He was so unwell that he couldn’t even process the order himself,” Justin added. “So we just gave it to him.”

The extraordinary act of kindness 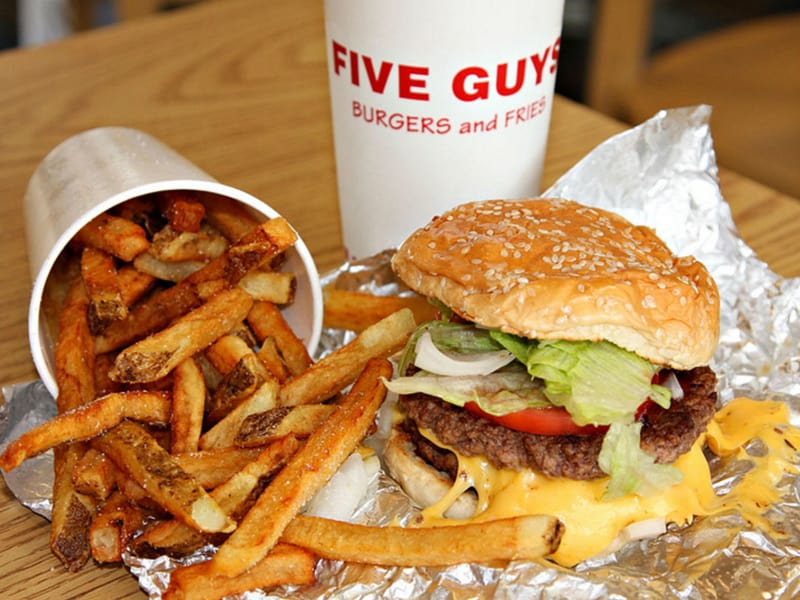 Justin then noticed that Leonard was also having a hard time feeding himself. So Justin stepped out from behind the counter and went to check it out. It was obvious that Leonard was unable to feed himself properly so Justin did the only thing he could think to do: he fed Leonard himself.

“At Five Guys we don’t have — or believe in canned interactions, but in the genuine interactions,” Justin said in an interview. “All of our interactions are genuine.”

One of the customers sitting nearby was moved by what he was seeing that he snapped a photo and shred it online. The story has since gone viral and inspired so many people!

“I believe that every person has the ability to make an impact on a person’s life through small acts, like this one,” Justin said.