BREAKING
Israel Has a New Prime Minister
Bennett Coalition Government Collapses, New Elections On Horizon—And The Return Of Netanyahu?
Rooftop “Glamping” Pops Up In Israel
STAND WITH UKRAINE
Home Articles A Group Worships Inside Walmart As Demonstration Of Peaceful Protest 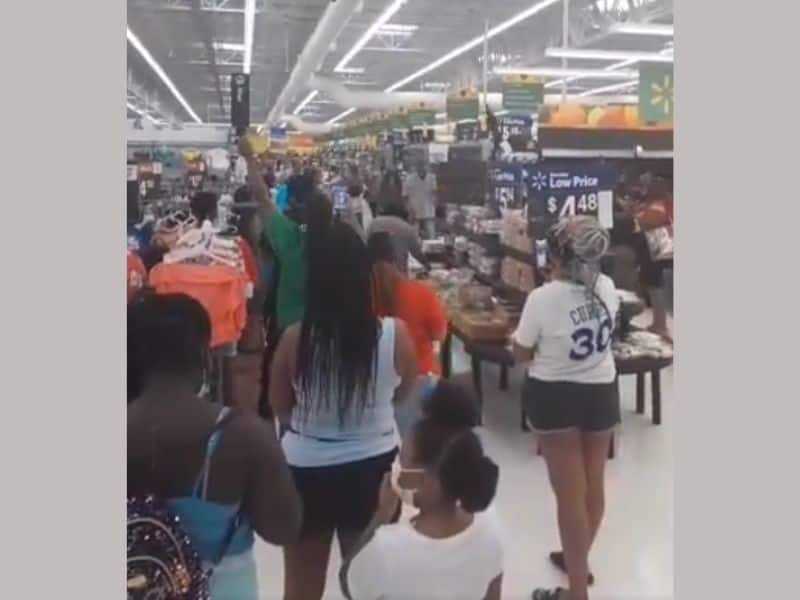 A group of protesters worships inside Walmart in North Versailles, Pennsylvania as demonstration of their peaceful rally.

With the riots and violent protests happening around America, a demonstration of a peaceful rally expressed through worship is what many need. Nancy Halford captured a video of the group singing “Our God Is Greater”, “Waymaker”, “Great Are You Lord”, and “We Worship You”.

Halford was working inside the store when the singing stopped her as the praises filled the atmosphere. A lot of the customers set their grocery lists aside and joined the group. It was the least of what they expected during an errand that they couldn’t help but also record the extraordinary event.

The recording went viral as Halford streamed the video live and many were able to witness with her. The audience shared their amazement and thoughts with the worship in the comments.

Many commented about the people as the church instead of the building. Sarah Mcalster wrote, “I’ve said since began of social distance if we can attend church, go local store and bust out in song because we the people are the church.”

Another commenter, Jimmy Womble, said, “Oh how this must have pleased our Heavenly Father. This right here is what our country needs – God’s people being the church outside the church building.”

Most of the viewers thanked Halford for taking the time to record the incident. User named Sean Mercadante noted, “This speaks well for your community! All glory to the Lord We love this video. It lifted our spirits. Thanks for sharing it.”

In addition, an elderly woman shared that the video lifted her heart for the first time in days.

Ultimately, Edgel Sipin’s comment summarized the whole experience, “Thank heavens there are still those who are faithful and believes in the power of worshipping One True God. This is what the world need to see than of those disrespect of our country.”