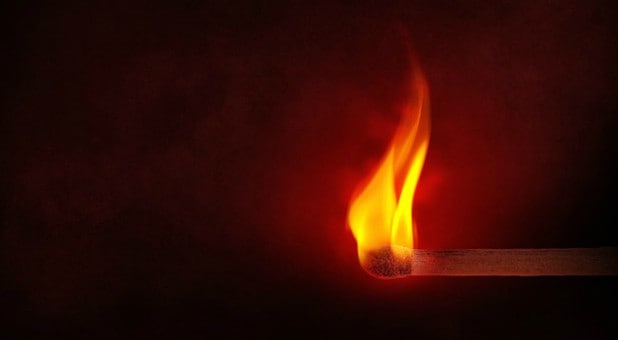 The Kingdom of God is not based on talk but on power (1 Corinthians 4:20). But how do we tap into that power? How do you position yourself to move in God’s “dunamis“—the power for performing miracles that opens the eyes of the lost to the love of Christ?

I am convinced if we want to see the book of Acts-like power manifesting in our lives, we need to understand the dynamics that unlocked and unleashed that power in the early Church. At least three of those dynamics are in Acts 1 and 2.

Imagine the scene, Jesus appeared to His disciples for 40 days, teaching them about the kingdom of God. After His impromptu seminar, He commanded them not to leave Jerusalem, but to wait for the Father’s promise. Jesus prophesied they would receive power when they were baptized in the Holy Spirit. He disappeared in a supernatural swirl, taken up into a cloud followed by two angels prophesying He would return in the same way (Acts 1:8-10).

The Power Of Prayer

What did the disciples do in response to this visitation? They obeyed the word of the Lord—they immediately returned to Jerusalem and found an upper room where they could gather to tarry in prayer. The Bible tells us the apostles, as well as the women and Jesus’ mothers and brothers “continued with one accord in prayer and supplication” (Acts 1:14a).

This wasn’t a 10-minute pre-service prayer meeting like we see in many of our churches today. This wasn’t souls crying out for prosperity. These were unified “pray without ceasing” petitions. They were made with strong devotion to seeing God’s will done in the earth as it is in heaven.

I don’t know how long this prayer went on—how many hours or days they petitioned the Father. I’m not sure exactly what words they prayed. I don’t know any more than what the Bible tells me, but I am certain it was the (James 5:16 AMP) level of prayer: “The heartfelt and persistent prayer of a righteous man (believer) can accomplish much [when put into action and made effective by God—it is dynamic and can have tremendous power].”

Whether they prayed for a day, a month or 119 days before God revealed to Peter passages from the book of Psalms, again, I don’t know. But at some point, Peter—who first received the revelation that Jesus was the Christ, the Son of the Living God—received another revelation from his heavenly Father:

“Brothers, this Scripture had to be fulfilled, which the Holy Spirit previously spoke by the mouth of David concerning Judas, who became the guide to those who seized Jesus.  For he was numbered with us and took part in this ministry… “For it is written in the Book of Psalms, ‘Let his habitation become desolate, and let no one live in it,’ and, ‘Let another take his office’” (Acts 1:15-17, 20, MEV).

At that point, Peter acted on his revelation and suggested they draw lots to see which of the remaining disciples who had walked with Jesus since the beginning and were witnesses of His resurrection should step into Judas’ role. The lot fell to Matthias, and he was numbered with the 11 apostles (Acts 1:16).

Peter’s revelation restored kingdom order. Jesus chose 12 disciples because 12 is the number of government. Judas betrayal led to an empty seat of governing authority. David prophesied, “let another take his office.” Once prayer unlocked this revelation and kingdom order on the earth was reestablished in the last verse of Acts 1, we see something astounding happen in the first verses of Acts 2.

“When the day of Pentecost had come, they were all together in one place. Suddenly a sound like a mighty rushing wind came from heaven, and it filled the whole house where they were sitting. There appeared to them tongues as of fire, being distributed and resting on each of them, and they were all filled with the Holy Spirit and began to speak in other tongues, as the Spirit enabled them to speak (Acts 2:1-5).

Holy Ghost power fell upon them, filled them, gave them a new language and got the attention of the world. Souls were saved. The fear of the Lord came to every soul. And dunamis power was released. Specifically, the Bible says “many wonders and signs were done through the apostles” (Acts 2:43b).

From the first two chapters of Acts, we learn that prayer unlocks power. Sometimes it first unlocks revelation that sets the stage for power. It’s possible there is something out of alignment in your life that’s blocking the dunamis from manifesting.

Now, that doesn’t necessarily mean there’s sin. The disciples in the upper room were not in sin—they were in prayer. But there was yet something missing. There was something they needed to do to set proper kingdom order. There was a revelation necessary to open their eyes to an adjustment they needed to make.

If you want to walk in the power of God, pray. Ask Him for a revelation of anything out of alignment in your life. Ask His kingdom to come and His will to be done in your midst. Do like the disciples did. It’s time to lift up continuous petitions with strong devotion. Let’s see God move in and through you for His glory. Amen.

Read also: 12 Vindication Promises To Hang On To During The Pain

For just $100 per month you can bring the gospel to 10,000 homes. Join us as media missionaries! GIVE NOW
VIEW COMMENTS
« Lessons From The Beatitudes: Meekness Jim Caviezel Says Mel Gibson’s Sequel to ‘Passion of the Christ’ Will Be “Biggest Film in History” »