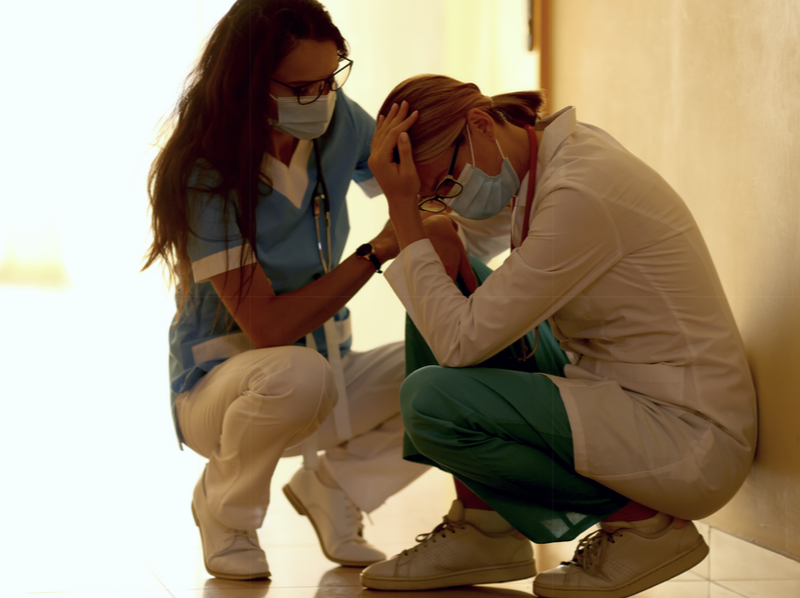 I don’t know about you, but I cannot remember a time when more people have attacked more leaders than we have experienced over the past year. I also cannot recall a time when more leaders, both in politics and in faith, have either stumbled or fallen than the past year. So, I can understand the feelings of those who were hurt or let down by those whom they trusted to serve. I am not going to focus this blog on those who have stumbled or fallen this year. I will leave those blogs for someone else to write.

I prefer to write things that are encouraging and hopefully strengthening to the Body of believers. So, I thought we would look at an example in the Bible where a leader in a moment of weakness could have given up and brought destruction to the people of G-D. But, in this leader’s moment of weakness, the people he served jumped into action and kept him from falling.

Let’s look at Exodus 17 and read this narrative and hopefully we can learn how you and I can come to the rescue of a leader in their time of weakness, and by doing so, help the people of G-D to gain victory where they might have suffered a terrible loss.

8 Then the Amalekites came and fought with Israel at Rephidim. 9 Moses said to Joshua, “Choose men, go out, and fight the Amalekites. Tomorrow I will stand on the top of the hill with the staff of God in my hand.”

Just like the Israelites, you and I are in a battle – not by our choice, but because our enemy, the accuser, chose to attack the people of G-D. In our text, Moses, the leader of Israel, sends Joshua, his protegè, to lead the armies of Israel against their enemy, the Amalekites. He also tells Joshua that as the battle rages he would hold the staff of G-D in his hand. The battle begins and we continue reading.

10 So Joshua did as Moses said, and fought the Amalekites, while Moses, Aaron and Hur went up to the top of the hill. 11 When Moses held up his hand, Israel prevailed. But when he let down his hand, the Amalekites prevailed.

Everything is going well and the armies of Israel are prevailing against their adversaries until Exodus 17:12:

12 Moses’ hands grew heavy, so they took a stone, put it under him, and he sat down. Aaron and Hur held up his hands, one on each side. So his hands were steady until the sun went down.

Here, we find that Moses began to become weak and his weakness caused him to lose the strength to keep his commitment to Joshua. Moses had promised Joshua that he would hold up the staff of G-D, but he became weak. And we already read that when the staff was lowered, Israel would begin to lose in the battle.

It is this moment in time that I am referring to in this blog, when Aaron and Hur saw Moses getting weak, they took it upon themselves to do two things. First, they took a stone and placed it under him. Second, they held up his arms until the sun went down. The battle is won instead of lost because when Moses became too weak to keep his commitment, Aaron and Hur stepped up to help.

Just imagine how many leaders could be saved from falling and how many of G-D’s people could be kept from defeat if the people of G-D would follow the example of Aaron and Hur.

Let’s look deeper at a couple of things. Aaron was a leader himself who could have attempted to replace Moses while he was weak. Aaron also could have allowed Moses to fail so he could rise up to replace him. But instead, Aaron kept submitted to Moses’ authority, supporting Moses in his weakness by sharing his strength with him.

By contrast, Hur is an unknown person in Scripture up until we read his name in this text. He was a nobody who had the opportunity to become somebody by stepping in to replace Moses. Moses was weak and it would have been easy for Hur to push him out of the way and take his place holding the staff. Instead, Hur chose to become somebody by making sure Moses didn’t fail in his moment of weakness. Like Aaron, Hur submitted to the authority of Moses and supported Moses in his weakness by sharing his strength with him.

The last part of this lesson that we may miss by focusing on the people has to do with the stone. The word stone in Hebrew is אבן (even) which can be broken down into two seperate words אב (av, which means Father) and בן (ben, which means Son). Think about this word picture for a moment. Moses was getting weak and about to fail. Aaron and Hur saw what was happening and immediately made Moses rest upon the stone (symbolic of the Godhead).

Maybe it was because Aaron and Hur knew that in his weakness Moses needed to rest on G-D that they also knew it was not their responsibility to replace Moses in his moment of weakness. Instead, it was to hold Moses up and not only keep Moses from failure, but also bring victory to the people of G-D.

I hope this blog will encourage you to always remember that all of our leaders are human and will, at times, become weak. As part of the body of Messiah, when we see our leaders become weak, instead of talking about them or trying to replace them, our role is to help them to rest on a stone and then hold their arms up. If we learn this lesson, we will see fewer leaders failing and more victories in the Body of Messiah.

Read Also: 120,000-Year-Old Messages Made of Bone Found in Israel

For just $100 per month you can bring the gospel to 10,000 homes. Join us as media missionaries! GIVE NOW
VIEW COMMENTS
« Israeli Tech Makes Gyms In Mexico Safe During COVID-19 Times Aide To Arab Lawmakers Banned From Knesset After Assaulting Jewish Candidate »