BREAKING
Bennett Coalition Government Collapses, New Elections On Horizon—And The Return Of Netanyahu?
Rooftop “Glamping” Pops Up In Israel
“Steph Curry Is Copying Me… Again…With A Hebrew Sweatshirt”
STAND WITH UKRAINE
Home Articles A Night Of Prayer For The Kurds

A Night Of Prayer For The Kurds 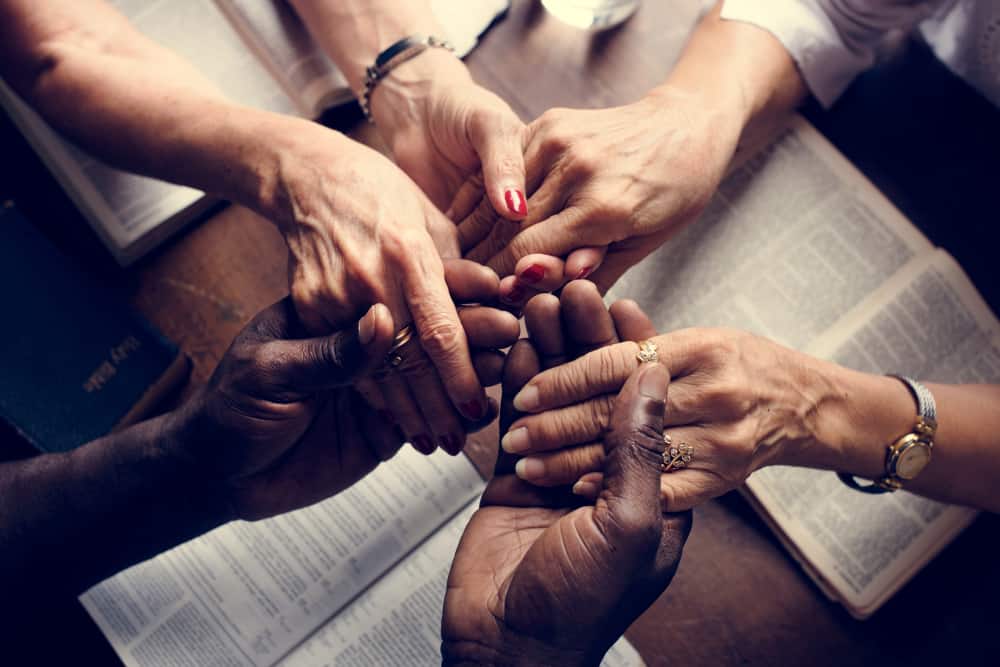 On Sunday, October 27th, 2019, in a D.C hotel, over 600 Christians, Muslims, Jews, and various other faiths united in prayer for the Kurdish people. It was a historic gathering on International Religious Liberty Day for the world’s largest population of dispossessed people: the Kurds. According to Secretary of State Pompeo “A government can never reach its full potential if individuals within its borders are marginalized or oppressed. Only by fully embracing and protecting religious freedom can countries achieve their economic aspirations, ensure security, and eradicate terrorism.” Leaders of FAI and invited guests pray for the Kurds.

The event, organized by Frontier Alliance International (FAI), was in response to the recent withdrawal of US Forces by the Trump administration. The US withdrawal triggered the invasion of Turkish forces into the Kurdish areas and initiated an ethnic cleansing many feared was coming. Consequently, the FAI estimates over 400,000 people are running for their lives.

Free Burma Rangers, a humanitarian aid organization, is embedded with the Kurdish forces. They say the recent cease-fire has done little to quell the violence, as Turkish drone attacks and armored vehicles have engaged Kurdish positions as early as the morning of Oct. 27th, 2019.

FAI brought together an array of speakers and Kurdish dignitaries for the evening. Including best selling authors Joel Richardson and Stephen Mansfield to Kurdish born Diliman Abdulkader and the President of the Syrian Democratic Council Ilham Ahmed.

“A historic massacre is in front of us. Everyone knows it. But for some reason, all hands are tied. The people in the US must pressure their government to take action,” said Ilham. She claims Turkey has recently used chemical phosphorus bombs against her people, killing 250 in 10 days, 22 of whom were children. Injuries have climbed to 677 people since fighting began. FAI Founder Dalton Thomas invited the Kurdish leader to join the event while in Washington on a diplomatic mission.

Trump’s decision has unleashed a political firestorm in the US and abroad; uniting Republicans and Democrats alike in calls for a change of policy. Even so, the evening was not a political protest but a call to prayer. The FAI leadership made it clear that the Kurdish issue is not political but moral. They issued a call to stand in prayer with the Kurds and the religious tolerance they have established in the region. They appealed to heaven for justice and respectfully presented their case to President Trump, requesting he amend his policy and do the right thing.

Kurdistan is an autonomous region between Turkey, Syria, Iraq, and Iran. Unfortunately, marginalization and oppression have been the norm for a hundred years. And for much of that time, they have been under the heel of neighboring leaders who promote jihad and genocide. Sadly, conservative estimates document over 50,000 Kurds who were brutally murdered with chemical attacks by Sadam Hussain between 1987-89. However, in 2014 they stood as the defenders of the Middle East in their victorious US-backed campaign which destroyed ISIS.

The end of the first World War saw the collapse of the Ottoman Empire that had ruled the region for 400 years. It’s then that allied powers promised the Kurdish people a state. The 1920 Treaty of Sèvres began a modern Kurdish nationalism. For decades they’ve pursued peaceful means of establishing a state. But since 1923 Kurds have been denied this state, among many other freedoms. Thus, in 1984 the Kurdish people established a military called the Peshmerga and began to fight for their autonomy.

Are the Kurds Terrorists?

Turkey and other western powers consider elements of the Kurdish government and military a terrorist organization. However, this designation is suspect and deserves some context. The dismantling of the Ottoman Empire helped create modern-day Turkey. While considered a democracy, Turkey has a ways to go before this designation is warranted. Truthfully, Turkish President Recep Tayyip Erdogan has been very vocal about his desire to reclaim ancient Ottoman territory. Acquiring the land inhabited by the Kurds is central to his plan. This land spans today’s Iraq, Iran, Syria, and Turkey.

Erdogan’s current assaults on Kurdish positions inside Syria demonstrate he is serious about restoring Ottoman greatness. If history has taught us anything it’s that we must take serious genocidal threats of dictators. In fact, a former prosecutor and U.N. investigator have recently called to have him investigated for war crimes.

In 2017 the Kurdish region in Iraq held an independence referendum in which 93 percent voted for independence. However, it was non-binding and the Turkish government saw it as a provocation to their interests. Thus, without US support, the Syrian strongman Assad Bashar stepped in to prevent the Turkish invasion of the Kurds. This is happening all over again. Subsequently, a Kurdish Syrian alliance has invited a greater Russian presence and things have gone from bad to worse. The Kurdish issue is not just about the Kurds. But rather, many other issues. Religious liberty, freedom for ethnic minorities oppressed by brutal dictatorial regimes, Israel and the Middle East. In addition, it’s about Israel loving Muslims from the ancient home of Abraham (Haran) who embraced religious tolerance and democratic ideology.

In addition, Stephen Mansfield shared a story from the Senior Mullah of Kurdistan who said, “I’m a Kurd first and Muslim second. But you Christians will always be allowed here”. Why are we not talking about moderate Muslims who embrace the freedom of religion and individual sovereignty? We should be championing what the Kurds have wrought from this explosive region.

Since 2003 US troops and Special Forces have been stationed in the region. Not a single American servicemen stationed with Kurds have lost their life. “The Kurds are not asking for others to fight their battles. Simply, they want our support and friendship” said Dalton.

Finally, FAI, a US Christian non-profit, has worked in the region since 2011. FAI recently released a film about the underground Iranian church whom they say experiencing an “awakening [which is] rapidly reproducing discipleship movement that owns no property, no buildings, has no budget, no 501c3 status, and is predominantly led by women.”

Adam W. Schindler is a pastor, consultant, and digital strategy executive with vast experience in digital marketing, messaging and web design and development. He is the President of Schindler Digital LLC, a consulting and digital messaging firm that helps businesses and non-profits leverage technology to communicate.