Bitterness Is Like A Tick. Here's How You Can Expose It| God TV
Articles 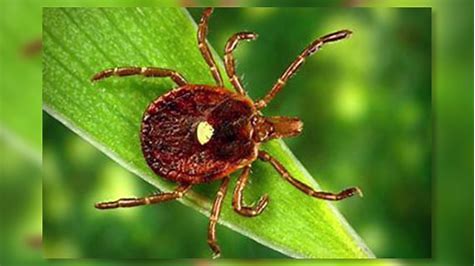 Bitterness is not something that occupies our minds. It doesn’t announce itself nor fire off a warning shot to let us know that it has arrived. It sneaks up on us and like any parasite hitches a ride. Because of this, we need to educate ourselves about bitterness. What are the causes, symptoms and results that it can cause in our lives?

When I was still at school in Africa, during our summer vacation which was during December and January I enjoyed serving as a camp counselor at a private game reserve called Mpongo Park. The kids got to spend nights out camping under the stars among all the wild game and learning all sorts of survival techniques out in the African bush.

Of course, we as counselors got to do all the fun things as well. One year after returning home from the camp, I started to experience excruciating headaches and began to run a high fever. My body ached all over and after two days of this without any relief, my parents took me straight to a doctor.

After finding out where I had been for the last few weeks he gave me a thorough body examination. It was during this embarrassing exam that he found embedded in my scalp, hidden under my hair a large African tick.

It was because of the various questions he had asked, the recognition of the symptoms, and his knowledge of African borne diseases that he knew what to look for. When he found it, before any blood was drawn for analysis, he knew what I had, “African Tick Bite Fever”.

Just like that tick, bitterness will attach itself to its host. It can remain hidden for years, but eventually, you will start to experience its effects and they are deadly! So, let us start by examining a few things that we should know about this root of bitterness.

1. Bitterness attaches itself after its host has experienced unwanted failures, disappointments, setbacks-that are perceived to be beyond the host’s control.

Like a tick, bitterness lies in wait for the right circumstance to take place. As we walk through life there are ample opportunities for us to open ourselves to this parasite. When we feel that the experiences that have happened to us are the responsibility of others.

When we no longer feel that we have control over a situation and the result is that we or others we love are put in harm’s way or walk away hurt. When natural feelings of sadness or regret turn to anger, and this anger is not dealt with correctly that is when bitterness falls from the branches of life and begins to feed.

2. Bitterness occurs when the host believes, rightly or wrongly, that others could have prevented the undesired outcome.

Regret and bitterness are two sides of a coin. Regret is partly emotional as well as a thought process in which we believe that if we did something differently there would be a better outcome. Alternatively, bitterness has a similar experience except instead of yourself being the one who was responsible for creating the outcome, someone else has created the undesired experience and hindered the favorable one. Bitterness feeds off a host who cannot get over the blame, who sees themselves as a victim to circumstance. 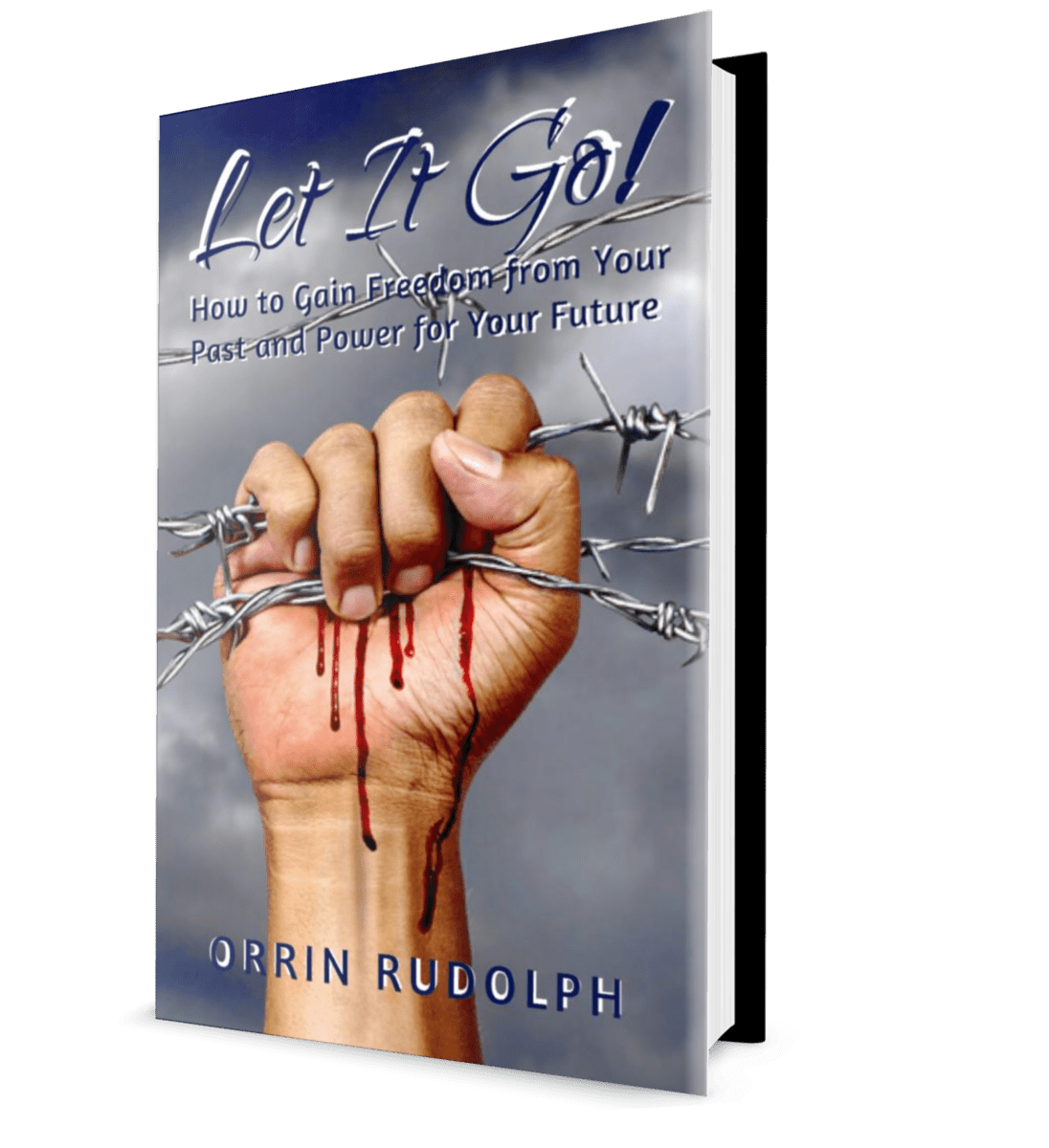 3. Bitterness, much like other negative emotions, releases poison into the host’s system that can have dire consequences towards the health of the host.

Just like that tick that while feeding on my blood was releasing its toxins and disease into my system, so too does bitterness release a cocktail of emotional disease and poison into the embittered person’s system.

Research has revealed that negative emotions play a large part in influencing the release of stress hormones such as dopamine and epinephrine. Another of these stress hormones is a hormone called cortisol. This hormone is believed to affect the metabolic system. Stress hormones act by mobilizing energy from storage to muscles, increasing heart rate, blood pressure and breathing rate and shutting down metabolic processes such as digestion, reproduction and growth.

Chronically high levels of this hormone, in turn, can disrupt other bodily systems, including one of the most important, the immune system. If this occurs, it can increase the host’s vulnerability to disease. Medical doctors have held this opinion for many years.

As I mentioned earlier, bitterness is a poison and not only affects you emotionally but physically as well. Doctors have found that people who are bitter and have a lot of hatred in their hearts suffer from more arthritis than those who are at peace. Similarly, they’ve discovered that those who have a lot of fear in their minds like worries, tension, phobias, etc.—suffer from more mental trouble, more stomach trouble, as well as more heart trouble.

4. Removing the tick was just the start, the host should take the antibiotic of trying to reconcile, taking some responsibility, and getting over the blame game.

Personal responsibility comes to the forefront. I could have decided that it was the camp’s fault that I got that tick. I mean, they should have sprayed that entire reserve with tick-killing poison. As long as we are playing the blame game, our attention is focused on the other person and not on ourselves and the bitterness growing inside of us.

I could have decided that I did not need to take the medication given to me by my doctor, I can get better on my own. After all, it was their fault, let them take the medication. I know that all sounds so foolish, but the sad thing is, is that is how people who have been infected with the disease that bitterness causes react.

Others can see the effects and the damage it is causing but those who are living with its poison are blind to everything except the blame they keep directing towards those they are embittered towards. One thing I know is that in life there is only one person you can deal with or change effectively; that person is you! It’s time to let go!

Have you ever wondered why you react the way you do? Have you asked yourself, “Why can’t I get over certain destructive behaviors?” Are there certain people in your life that you can’t stand to be in a room with or even think about?

Are there personality types that set you off faster than a speeding bullet? Are there things from your past you would rather forget about, but they seem to always raise their ugly heads when you least want them to? If you answered yes, to any of the above, it’s time to learn how to let it go!

Get a copy of  Let It Go: How to Gain Freedom from Your Past and Power for Your Future

International Speaker, Author, Pastor and Coach, Orrin Rudolph, grew up in South Africa during the apartheid era. He experienced the murder of his close cousin as well as the shooting of his mother. From these experiences as well as a strained relationship with his father he became embittered and angry towards everyone.

He allowed his past to impact future relationships with those he loved, through uncontrolled anger. The revelation of letting go through the process of forgiveness placed him on a journey of healing and restored relationships with a new acceptance of people.

Orrin helps grow congregations by providing interactive workshops, powerful keynotes, dynamic preaching and individual coaching which helps people overcome the pain of the past through the power of forgiveness. Congregations can let go of resentment, hurt, anger and fear so that they can achieve wholeness, richer relationships and professional success to encourage healthy growth within the local body. Orrin runs a successful podcast called Vital Life Connection on iTunes and is the author of the book, “Let it Go!

Also Read It’s Time To Leave the Past Behind – Let It Go! “Resentment is like having someone stay rent-free in your brain.”

For just $100 per month you can bring the gospel to 10,000 homes. Join us as media missionaries! GIVE NOW
VIEW COMMENTS
« More Ukraine Jews Flee Anti-Semitism To Israel, With Help Of Christian Friends The End Of The World As We Know It… »