Abort or Not to Abort? This is the Question | God TV
Articles 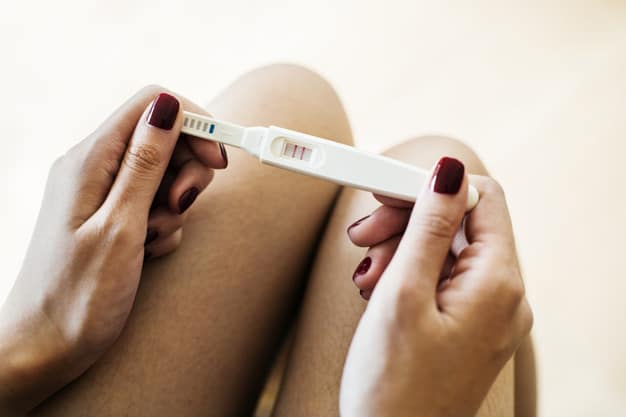 I don’t think unless you’re completely heartless abortion is an easy decision.

I can remember the day I decided to have an abortion. I was 16, I’d been out clubbing, got drunk and had unprotected sex with a stranger. He said he would stop in time, he didn’t. In the heat of the moment, we’re all capable of doing stupid things. I wasn’t yet a Christian and I don’t remember anyone saying much about contraception. When I found out I was pregnant I was petrified and I didn’t say anything to anyone. That was until my mother noticed my uniform being unusually tight at the front of my skirt.

Understandably she was furious and insisted I have an abortion. In her mind, she herself being a single mother, there was no other choice and I wasn’t offered any other choices by the doctor I went to see either. My older sister was drafted in to help locate a suitable place for the abortion and I was duly transported and checked in. The doctors and nurses at the clinic didn’t try to stop me. I was scared, ashamed and embarrassed but I didn’t know what else to do. I still lived at home and the father of the baby was long gone.

I felt sick waiting to be admitted, my stomach in knots, palms sweating. The clinic was like a mini hospital and it had that familiar hospital smell, antiseptic mixed with goodness knows what. Finally, the time came to be led away by the nurse and prepped for surgery, I wanted to throw up. I remember shaking and asking myself, “Am I really just about to have an abortion?”

Waking up in the recovery room it felt like my insides had been ripped out, like the worst kind of period pain and I was so emotional. I could hear someone crying in an adjacent bed that had the curtains drawn around them. I was discharged later on that afternoon as if nothing much had happened. Funny they didn’t warn me about the feelings of guilt and shame that trailed behind me.

I wish I could say that was an isolated incident, but it happened again, although the circumstances were different. This time instead of a drunken one night stand I fell for my ex-boyfriend’s advances, and as he pinned me down at that moment he said, “I didn’t want to lose you again so I thought if I got you pregnant you’d stay with me.” He was wrong and I went through another ordeal having an abortion.

I went on to marry another man who after we were married decided he really didn’t want children. I went along with him thinking he would change his mind and I wasn’t quite ready anyway. But he didn’t change his mind and it became part of the reason for our divorce.

I was 30 when we divorced and I believed I would find someone to start a family with, after all, I had time, right? I dated, I waited, I got engaged, I broke up and the whole cycle started again.

Then I became a Christian. Game changer.

Now my search for a husband had a whole different set of criteria and the playing field got really small! All the while the clock was ticking and I refused to have children out of wedlock. Even before I was a Christian I didn’t believe in having children outside of marriage. But time kept marching on and before I knew it I went through the change.

How did that happen?

Now I know that miracles still happen, and there’s adoption, fostering, etc. Or becoming a step-mum. There are options. But I will never go through the life-changing experience of being pregnant, marveling at the growing child inside. I won’t feel them kicking or see their scan, or hear my babies first cry, or have that intimacy of breastfeeding. I won’t get to be fussed on at a baby shower or everywhere I go people fussing over me, the expectant mum. I won’t hear the word “mummy” or experience those tight hugs around the neck that children are so good at. I could go on.

And, ok I hear you saying, “No and you won’t be sleep deprived either” and all the other trying things about motherhood. That’s true. But I will never stop wondering who my children would have become, I could have added mother to my list of things of who I am. I will never be celebrated on Mothers’ Day or the church celebrations that come around every year where mothers get flowers handed to them by other peoples children. It’s painful. I can’t stop others being celebrated nor would I, but I hesitate attending anywhere or anything if it means I’m reminded that I’m not the mother I wanted to be.

Today abortion has become so easily attainable, even celebrated. It has become contraception, a form of gender selection, and the cut off date for an abortion is being pushed later all the time. But if I can dissuade just one person from rushing their decision about whether to have an abortion then I would have done my job.

God knows the plans He has for you and your baby. Don’t rush to end that plan. Seek advice, get support, check your options and think about the long-term consequences.

“Before I formed you in the womb I knew you,
before you were born I set you apart;
I appointed you as a prophet to the nations.”

Make sure the decision you make is one you can live with for life before you end a life.

For just $100 per month you can bring the gospel to 10,000 homes. Join us as media missionaries! GIVE NOW
VIEW COMMENTS
« 5-Year-Relationship Abstained From Sex Before Marriage And Here’s Why It Can be Difficult to Know How Much to Say and When. »