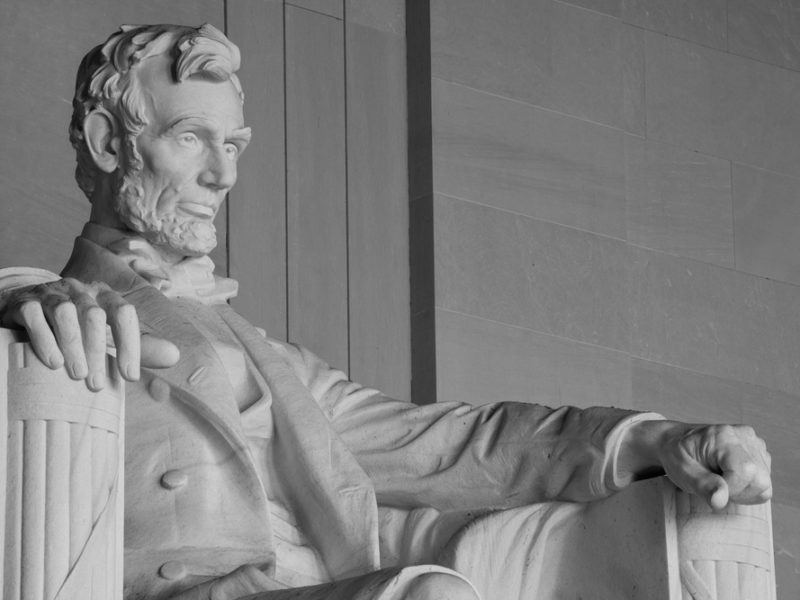 Abraham Lincoln: “We Have Forgotten God”

The 16th President of the United States – Abraham Lincoln – the man who managed to keep our nation together through a brutally divisive Civil War, has some choice words for us.

Well, to be more accurate, they were aimed at his contemporaries – those living in 1863. But they are just as shocking and relevant today as they were over 150 years ago. You don’t want to miss his often-overlooked words of wisdom.

As the Civil War raged on with no end and sight and the death toll rose higher and higher, President Lincoln was desperate. He understood that for the North to win the war, eradicate slavery, and reunify with the South, it would take a miracle. Sheer will and manpower couldn’t accomplish these unparalleled feats without God’s help.

What else was there to do but to call on God? Lincoln himself was known for his brooding and restless nights. Indeed, he suffered from depression and anxiety. No doubt he had turned to God repeatedly in the throes of despair during dark, lonely nights. Lincoln understood the power of prayer in his own life, and he knew the nation needed more of it.

On March 30, 1863, a worn and tired President Lincoln issued a “Day of National Humiliation, Fasting, and Prayer” proclamation in an effort to refocus Americans on God. It begins:

“It is the duty of nations as well as of men to own their dependence upon the overruling power of God, to confess their sins and transgressions in humble sorrow, yet with assured hope that genuine repentance will lead to mercy and pardon, and to recognize the sublime truth, announced in the Holy Scriptures and proven by all history, that those nations only are blessed whose God is the Lord.”

You see, Lincoln understood that the Lord despises arrogance but has mercy on humble and repentant hearts. He believed that if the heart of the country would beat yet again for the God of the universe, America would be forgiven, blessed, reunified, and sustained. For someone who had achieved such power and status, Lincoln’s humility is absolutely mind-blowing.

We Have Forgotten God

But the proclamation has much more wisdom to impart. Lincoln continued:

“We have been the recipients of the choicest bounties of Heaven; we have been preserved these many years in peace and prosperity; we have grown in numbers, wealth, and power as no other nation has ever grown. But we have forgotten God.”

Lincoln had taken stock of America’s blessings and knew that they were straight from the hands of God. So it only made sense to worship God in return for this bounty. He further explained:

“We have forgotten the gracious hand which preserved us in peace and multiplied and enriched and strengthened us, and we have vainly imagined, in the deceitfulness of our hearts, that all these blessings were produced by some superior wisdom and virtue of our own.”

But here’s the kicker: “Intoxicated with unbroken success, we have become too self-sufficient to feel the necessity of redeeming and preserving grace, too proud to pray to the God that made us. It behooves us, then, to humble ourselves before the offended Power, to confess our national sin, and to pray for clemency and forgiveness.”

Sound at all familiar? Although the Civil War was a shade or two darker than our current polarized political climate, it will take a God-sized miracle to mend this divide. Unfortunately, few national leaders have Lincoln’s wisdom and courage to humble themselves before the Lord. But we the people can.

Will you join us in praying for this nation, which is being torn apart by hateful speech and violent acts? Will you pray for lasting peace – a peace that surpasses understanding? We need prayer today – just as much as Lincoln needed it over 150 years ago. Our God who healed the divide then will surely do so now. His power, mercy, and love has not changed.

For just $100 per month you can bring the gospel to 10,000 homes. Join us as media missionaries! GIVE NOW
VIEW COMMENTS
« Hillsong United’s “Wonder”: How Do You See The World? A Lesson in What’s Important: Come in Early Every Day & No One Cares, Come in Late and Everyone Goes Crazy »