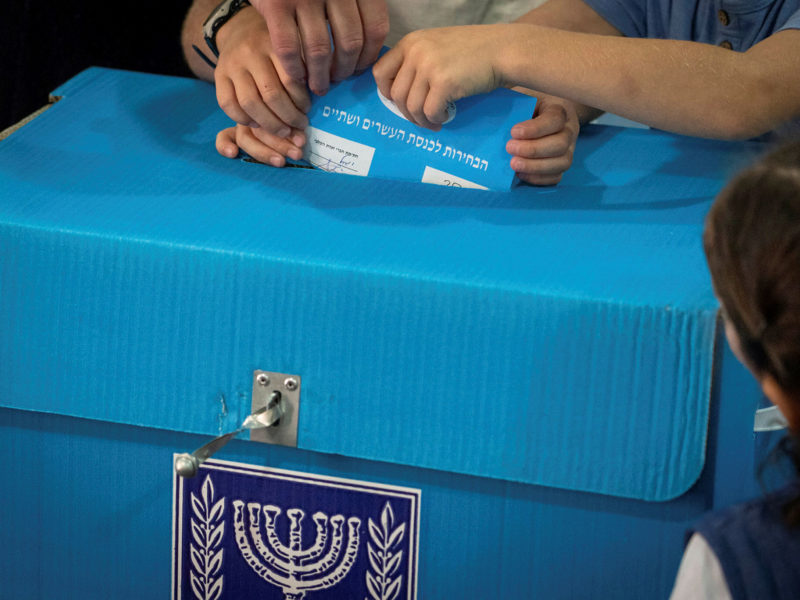 Several parties claimed they have documented attempts at elections fraud at various locations across the country, and a few voting stations were shut down following scuffles at the site.

Political parties across the spectrum on Tuesday submitted several complaints to the police and the Central Elections Committee following claims that they have exposed attempts to influence the outcome of the elections in a fraudulent fashion.

In Jerusalem, a 17-year-old was arrested after it was exposed that he attempted to vote using an ID card that did not belong to him. The voting age in Israel is 18.

The police were alerted to the Arab town of Yarka in the north after a voter was caught trying to cast several votes at once when he was entitled to only one.

At other locations, parties claimed that representatives of other political bodies attempted to limit the votes for them by hiding the ballots with their party name.

Several voting booths were shut down temporarily by the police following scuffles that ensued at the location.

All parties are claiming that the turnout of their supporters is low in comparison to their political rivals, a ploy to motivate their supports to go out and vote.

The voting turnout a 2 o’clock was 36.5%, compared to the slightly lower 35.8% at the same time of day in the April elections.

Some 130,000 chose to spend the day hiking and visiting nature reserves throughout the country. Malls reported they were full of shoppers who took the day to shop for the upcoming holiday. Many others chose to soak in the last rays of sun at the beach, before the summer ends.

For just $100 per month you can bring the gospel to 10,000 homes. Join us as media missionaries! GIVE NOW
VIEW COMMENTS
« Exit Polls Show: No One Has a Clear Lead DFLP Calls on Israeli-Arabs to Vote for Joint Arab List: ‘Everyone to the Voting Ballots’ »