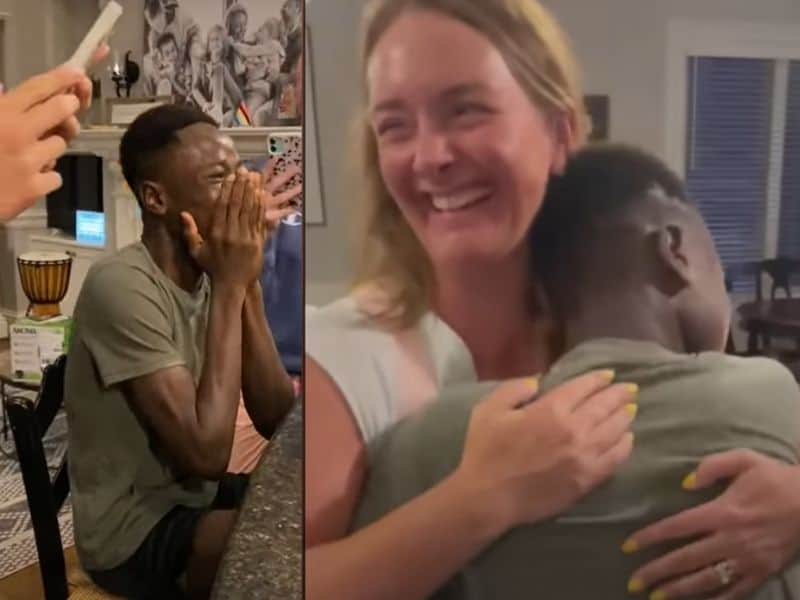 An adopted boy celebrated his birthday for the first time with his loving adoptive family. The moment he saw his birthday cake, he could not help his emotion. The overwhelming joy he felt came out as tears from his eyes. He said to CBS News, “It’s not just a birthday cake. It’s a blessing cake.”

Abraham and his older brother James were from Sierra Leone. Growing up, they fought the struggles brought by homelessness until they were taken into an orphanage.

There, they met their adoptive parents, Joe and Jamie Walker. The couple welcomed them into their family and brought them to their home in Charlotte, North Carolina.

The two brothers were already grateful that someone would call them family. But, their first-time experiences in their new home added to their awe and amazement.

Abraham referred to their new place as “second heaven.” He said, “You pass through this before going to the big heaven. That is what I believe so.”

Joe said, “Every little thing that we take for granted — coming home from the airport, I hit the button to open up the front gate — ‘Dad!'” Jamie added, “Everything is magic to them.”

Whether receiving Christmas presents or mundane events like car washing, Abraham and James were all wide-eyed.

The video of his simple but emotional celebration went viral because it made the viewers cry happy tears too. It showed Abraham getting teary after his family sang him a birthday song and his mother gave him his birthday cake. He ran to his parents and hugged them while crying.

Abraham recalled, “When I see the cake, I thought that is the most beautiful thing I’ve ever seen.”

The brothers taught Joe and Jamie to “stop and be grateful for what we do have.”